One ticket sold in San Diego for the $1.6 billion Mega Millions lottery jackpot matched five of six winning numbers and is worth half a million dollars, lottery officials confirmed Wednesday.

The winning ticket was sold at the Chevron at 6301Del Cerro Boulevard.

Anthony and Isiah, two clerks at the lucky Del Cerro Chevron, said ticket sales tripled since the record jackpot was announced. Anthony said he sold $1,200 worth of tickets in the first hours of his shift. 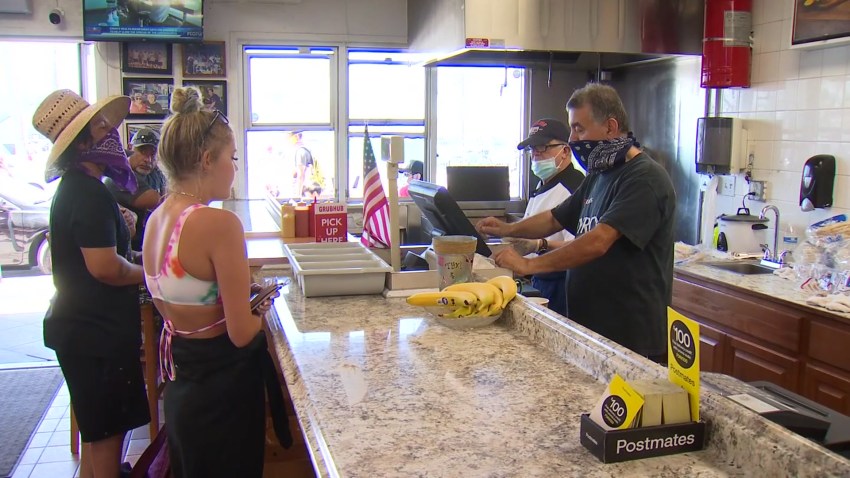 Beach Business Bounces Back Over Holiday Weekend, Amid Concern Over New Restrictions

Each of those tickets is worth $562,472 before taxes according to California Lottery officials.

The cash payout for Tuesday's jackpot was $913 million before taxes, and about two-thirds of that after taxes.

So far, there has been at least one jackpot winner, and they're from South Carolina.