“To the city of San Diego, we’re here to stay,” Fernando Tatis Jr. said at a Spring Training press conference. “I love this city. I love the fans. I love the culture. I love the vibe.”

From the moment Major League Baseball star Fernando Tatis Jr. stepped on the field as a San Diego Padre two years ago, he knew he was in the right place at the right time. For him, San Diego is “home.”

The standout shortstop – who has agreed to a historic 14-year extension with the Padres worth $340 million – talked about his connection to America’s Finest City as a press briefing Monday alongside Padres general manager A.J. Preller.

At just 22 years old, “El Niño” said he’s thrilled about his long-term future with the Friars. 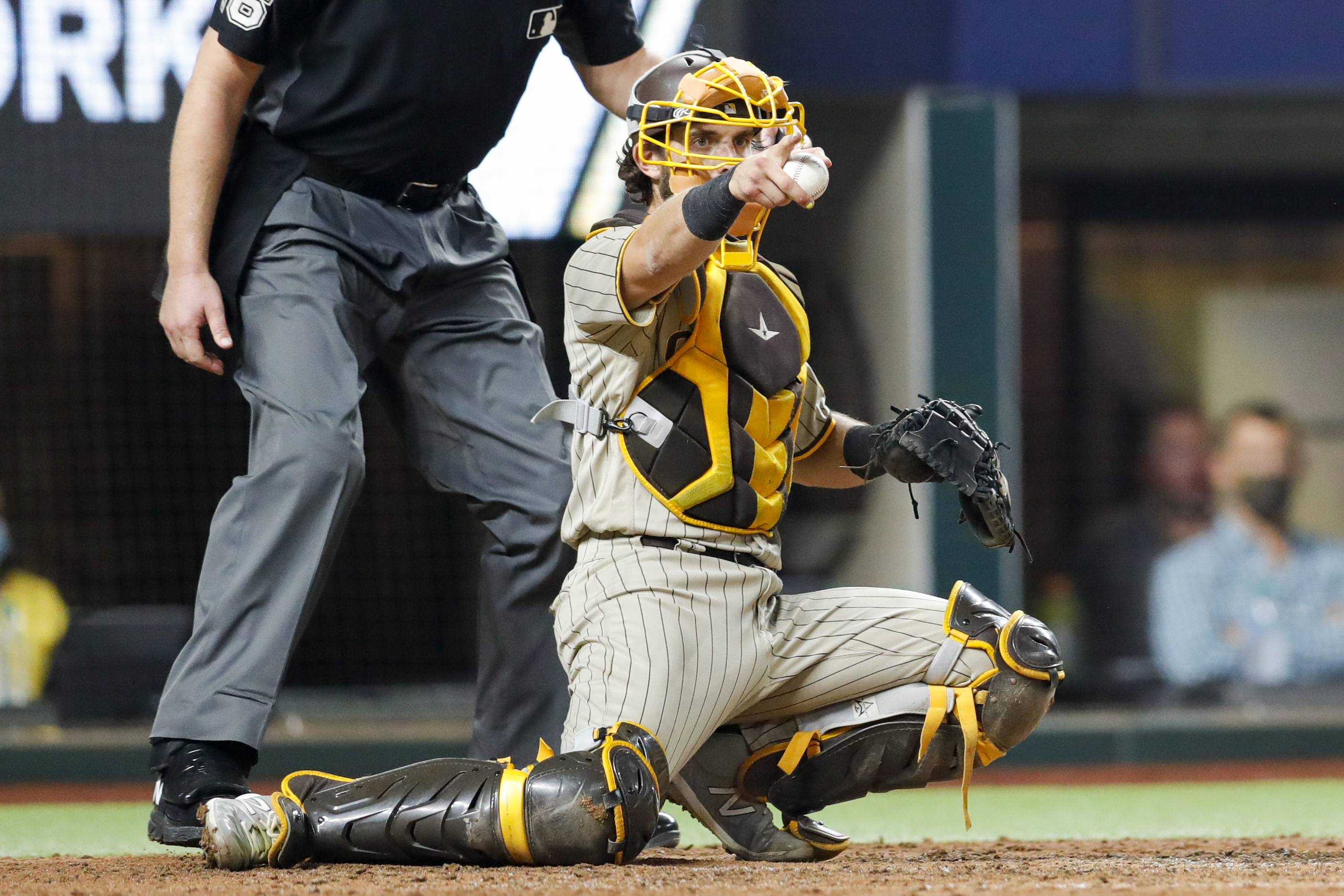 Padres Talented Catchers Are Much More Than Backstops 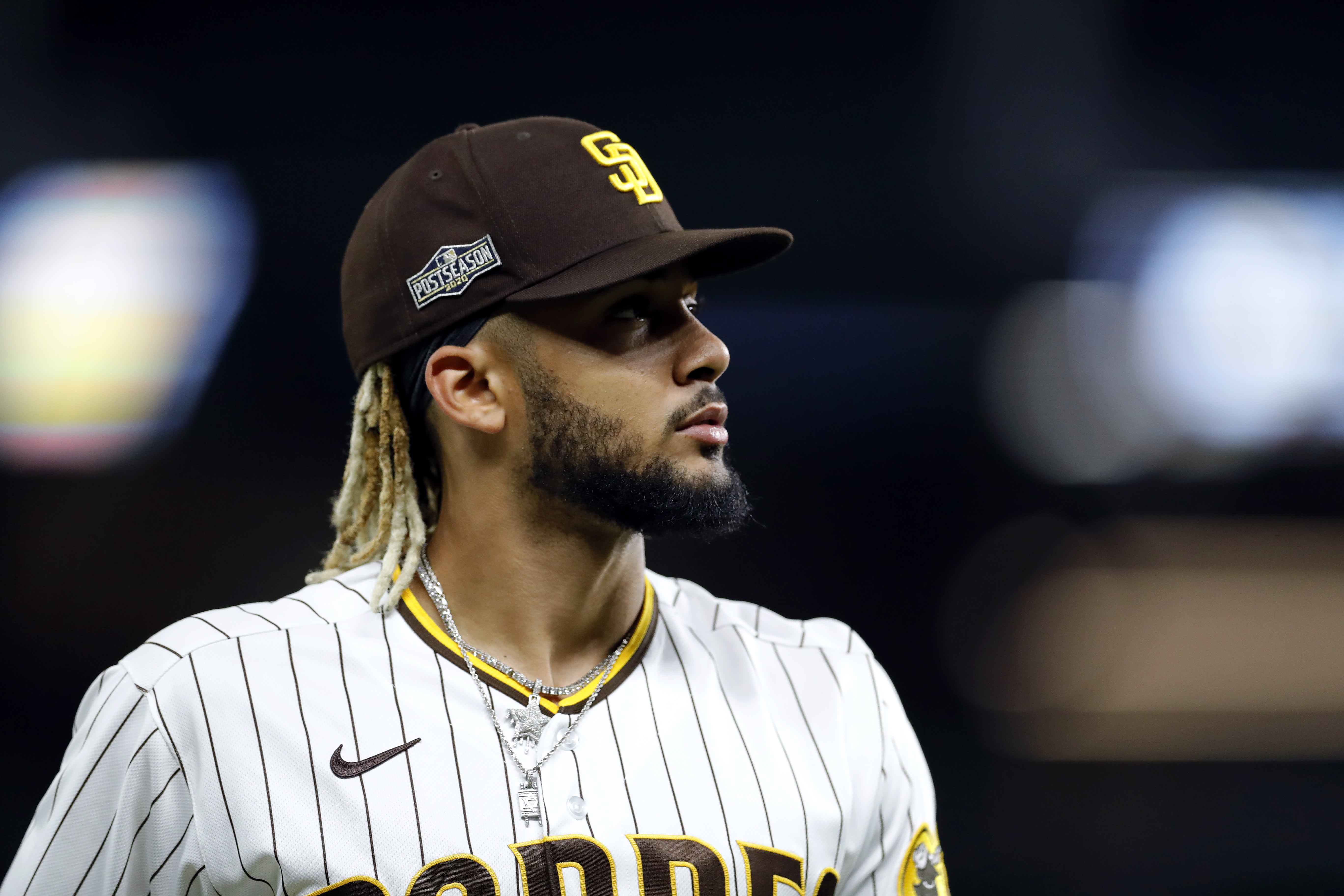 “The players I admire the most, they stay on one team, they build a culture,” Tatis Jr. told reporters in Peoria, Arizona. “They become winners with their team. I’m really going to try to do the same.”

Tatis Jr. recalled his first-ever at-bat with the Padres in March 2019.

He was right where he was supposed to be.

“The city of San Diego embraced me since day one. I will never forget that Opening Day – my first at-bat. It just clicked, that moment,” he said. “You know, I feel the love, it was mucho – right away. And I said, ‘This is home. This is home.’”

He plans to do the same for the next 14 years.

“I feel like people have seen how I play this game and I’m just going to be the same kid, every single time,” Tatis Jr. said.

As he joined his teammates for the first full squad workout of 2021 Spring Training in Peoria, Tatis Jr. said he’s looking forward to winning in his brown and gold – and he hopes fans are just as ready.

NBC 7's Dave Summers went down to the ballpark to ask fans about the big deal.

Preller talked about the options the club considered for Tatis Jr. – from year to year, to maybe a 12-year contract. But Tatis Jr. wanted to take his commitment further.

“His only real comment was, ‘Why not my whole career?’” Preller said.

Preller referred to Tatis Jr.’s deal with the Padres as a “statue contract,” which puts the player in a position to follow the footsteps of legend Tony Gwynn, aka “Mr. Padre,” who spent his entire MLB career in San Diego.

Both Preller and Padres Manager Jayce Tingler said they don’t believe the third longest and richest contract in MLB will change the young shortstop.

“You see the passion and love that he has for the game baseball combined with the talent, I think that’s was the central part of our decision,” Preller added.

Tingler said Padres teammates have expressed nothing but pure joy and support for Tatis Jr.’s extension. He’s a big part of the club’s culture already.

Preller said the Padres are ready to “win championships” and “do something great.”

“In our city, we’ve seen some great talents and some great players leave as they’re entering their prime. We’ve seen some teams leave our city,” Preller said. “It’s been hard for our fanbase and the sports fans in San Diego to bite down on consistency.”