Have you been “chasing waterfalls?” Well, chase no more: TLC – the hugely successful R&B group of the ‘90s behind the hit “Waterfalls” – is coming to San Diego this (water) fall. Yes, that's enough.

The group has been a duo featuring Tionne “T-Boz” Watkins and Rozonda “Chilli” Thomas for nearly 20 years, the “T” and the “C” in the TLC. Missing is the “L,” as in Lisa “Left Eye” Lopes (and her signature rapping skills), who died in a car crash in Honduras in April 2002.

Watkins and Thomas have kept the group going for the last two decades.

More Stories From The Scene 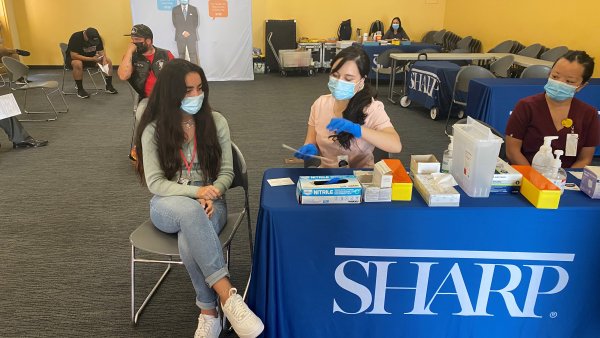 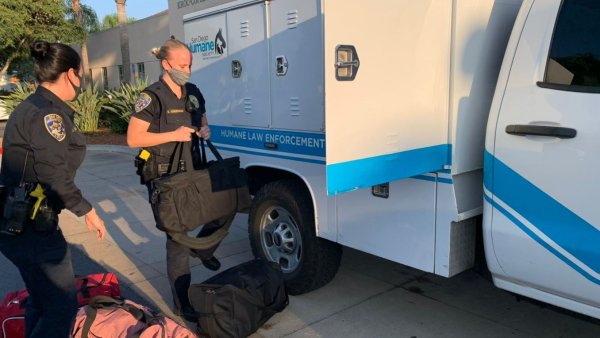 This 2021 tour is dubbed the “Celebration of CrazySexyCool,” commemorating their 1994 album of the same name – so fans can expect Watkins and Thomas to perform selections from the album, plus other hits.

And you don’t need to “Creep” around any further for details about the 18-city, nationwide tour’s stop in San Diego. We’ve got you.

TLC will drop into the Cal Coast Credit Union Open Air Theatre on Campanile Drive at San Diego State University on Oct. 7. The show starts at 7:30 p.m. (the doors open at 6:30 p.m.).

Also heading up the concert: Another ‘90s throwback, Bone Thugs N’ Harmony (“Thuggish Ruggish Bone,” “Tha Crossroads”). Again, put it in as Oct. 7 on your calendar, not the “1st of Tha Month.”

“I'm so excited for this tour because we've been talking about doing something special for CrazySexyCool for years, and FINALLY, we get to do it!” Chilli said in the same press release.

“This is the album that truly put us on the map and showed the world who we really are. So, this will be quite the celebration!”

“It’s an honor and great feeling to be able to celebrate our most iconic album CSC with our fans!” T-Boz added. “After such a trying time in all of our lives…I can’t think of a better way to celebrate! It’ll feel like being a fun backyard boogie! Good music, dancing, and just all-around fun!”

TLC’s 2021 tour kicks off on Sept. 3 in Albertville, Alabama, and before they head to San Diego, they will perform in cities like Indianapolis, Raleigh, Miami and Houston. The ‘90s homage tour wraps on Oct. 10 in Concord, California.

TLC’s Chilli and T-Boz stop by to chat about their new tour, and funding their fifth and final album through Kickstarter.

In these times of COVID-19, San Diego's Cal Coast Credit Union Open Air Theatre has updated its health and safety guidelines. You can get up to speed on what to expect, safety-wise, at the concert venue here.