The $9,000-plus "Spiritual Warrior" event aimed at conquering a person's old self and being reborn as a new person.

The Carlsbad author and self-help expert who hosted a deadly retreat at an Arizona resort reportedly urged people to stay inside a sweat lodge despite participants vomiting and passing out. Three people died at the retreat.

Now, attorneys representing James Arthur Ray say those deaths were a tragic accident -- not the result of criminal negligence.

Ray's lawyers outlined their defense in letters to prosecutors that were released on Wednesday. The attorneys said holding a sweat lodge ceremony is not inherently criminal or unsafe, and that Ray had no reason to believe anyone would be seriously injured or die. 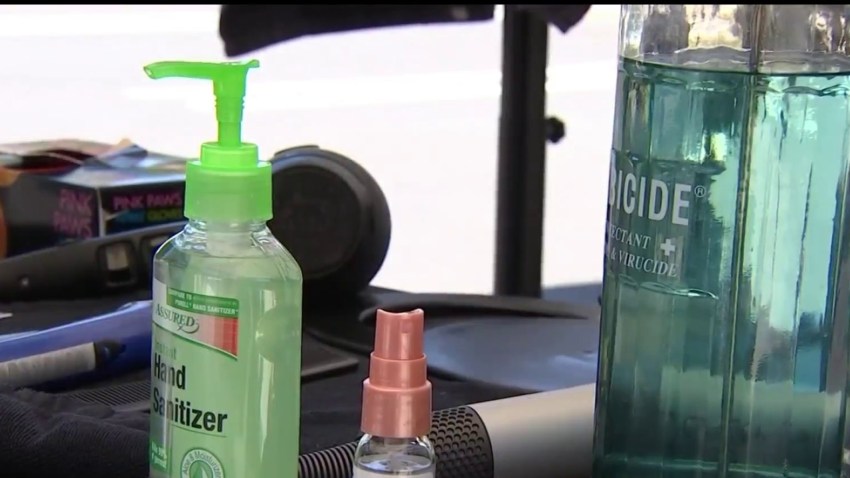 "Mr. Ray did not force anyone to participate, prevent anyone from leaving or brainwash participants before the sweat lodge event," stated a Dec. 1 letter signed by Ray attorney Luis Li.

Yavapai County Attorney Sheila Polk confirmed she received the letters but declined comment. Attorneys representing one woman who died and another who survived said the letters are well written but lack substance, and try to place the blame on others.

"He (Ray) put people in an enclosed area without water, without ventilation and put them in harm's way," said Lou Diesel, who represents one of the deceased. "There's nothing they provided to suggest otherwise."

Ray has become a self-help superstar by persuading people that his words will lead them to spiritual and financial wealth. He uses free seminars to recruit people to expensive seminars like the $9,000-plus "Spiritual Warrior" event aimed at conquering a person's old self and being reborn as a new person.

The sweat lodge is the culminating event that symbolizes being in a mother's womb. Nearly halfway through the two-hour ceremony, people began to show signs of weakness and three died. Eighteen others were hospitalized with illnesses ranging from dehydration to kidney failure.

Lawsuits filed after the deaths accuse Ray of negligence and fraud, among other things.

Authorities haven't said what charges they might be seeking against Ray in a homicide investigation that threatens to topple his multimillion-dollar empire. But in late October, one detective told a witness that "we are going to be fortunate to get either reckless or negligent," according to documents released Tuesday.

Authorities expect to turn over their investigation to prosecutors in the coming weeks.

Many of the more than 50 people who attended the five-day "Spiritual Warrior" retreat near Sedona first experienced a sweat lodge under Ray's lead. Each signed a waiver acknowledging the ceremony would include tight, enclosed spaces and intense temperatures, and that serious injury and death were among the risks.

Ray encouraged them to stay inside for eight 10-15 minute rounds as a way to break through whatever was holding them back in life. Though no one was physically kept from leaving, Diesel said they were psychologically restrained by Ray's teachings, and days of fasting, sleep deprivation and mind-altering breathing exercises.

At least one person didn't participate in the sweat lodge and told investigators it did not appear safe. Others stayed in the entire time and reported no problems, while some went in and out as they were overcome by the heat.

Ray advised them against leaving during rounds as a safety precaution in the pitch-black lodge that had hot rocks in the center, his attorneys said.

Ray's attorneys said participants could have left at any time, though some participants recalled Ray chiding others for doing that.

"It was not unreasonable and certainly not criminally negligent to expect people to know their limits and take care of themselves," the attorneys wrote.

Only once, in 2005, did someone in one of Ray's sweat lodges require medical care, and since then Ray has improved safety by limiting the number of rounds, holding the ceremony in daylight, setting up a recovery station and training staff in CPR, the attorneys said.

They are asking Arizona authorities to also consider whether environmental factors contributed to the deaths. Ray contracted with the owners of the Angel Valley Retreat Center to have the sweat lodge built, and his attorneys said it was up to the owners to ensure the sweat lodge was safe.

Amayra Hamilton, one of the owners, told The Associated Press in late October that the staff had minimal contact with Ray and that the lodge was sturdy, strong and had been used for ceremonies with other groups without any problems.

"The whole thing is, what do you do in that lodge?" she said.

Ray's company, James Ray International, is based in Carlsbad.