U.S. Border Patrol agents uncovered another tunnel near the U.S.-Mexico Border when they spotted people crawling out of a hole in the grass in the middle of the night.

Surveillance video caught several individuals running towards the border fence about one mile west of the Otay Mesa Port of Entry around 12:45 a.m. Sunday.

About 30 minutes later, two people were spotted running on the U.S. side of the fence.

Agents were able to catch one person, two others crawled back into the tunnel and returned to Mexico.

The tunnel runs approximately 15 yards long and travels under the border road opening near a drainage ditch. 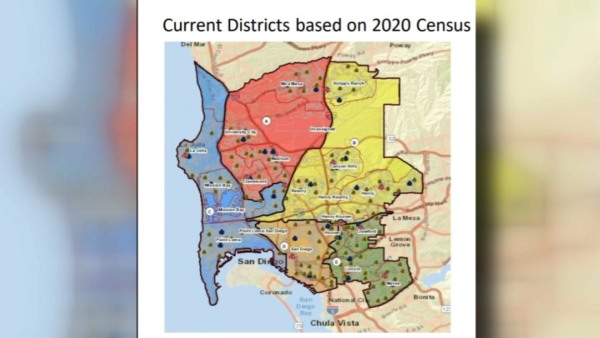 On February 21, a border tunnel was discovered in the Otay Mesa area just 110 feet north of the border near Via de la Amistad. That tunnel was a man-made hole that was reinforced by lumber.

Agents said they suspected that tunnel was linked from the storm drain to a paralleling cross-border natural gas pipeline, which is non-operational.