SoCal skateboarding pro Nyjah Huston – who competed in his first Olympics in Tokyo over the summer – is stoked about his latest trick: Brewing a craft beer in north San Diego County.

The Olympian recently collaborated with the skater-backed Black Plague Brewing in Oceanside to create his own beer, aptly dubbed the “Nyjah.”

It's a Hazy IPA brewed with Simcoe Cyro, Nelson and Citra hops, described by the brewery as a “smooth and juicy Hazy IPA with intense tropical fruit aroma, with hints of resinous citrus and low bitterness.” The tropical aromas are passionfruit, ripe papaya, apricot, and gooseberries. 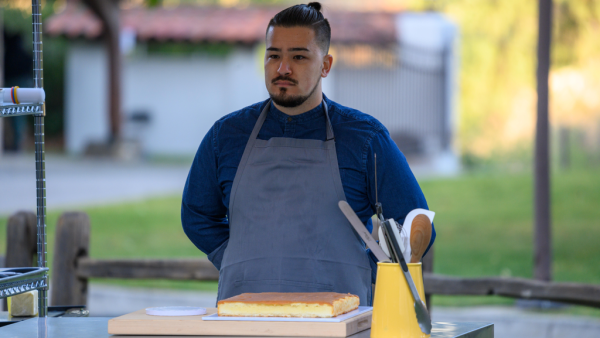 “It’s the first time Nyjah has delved into the world of craft beer and he’s super stoked about it,” Black Plague Brewing said in a press release.

The craft brew was released last month at Black Plague’s taproom in Oceanside.

Black Plague said the Nyjah beer is also available at select bars, restaurants, and retail stores in California, Arizona and Nevada. Customers in California, Nevada, Arkansas and Washington, D.C., can also order canned 4-packs of the brew online, for shipping. The 4-pack of 16-ounce cans sets you back $17.99.

Now, this isn’t the first time Black Plague has collaborated on a craft brew with a well-known skateboarder.

In fact, the company is co-founded by pro skateboarder Jordan Hoffart, so the brand’s ties to Southern California's skate culture run deep.

Hoffart said adding Huston to the brewery’s crafty lineup made perfect sense because what Huston does on his skateboard, well, that’s a true craft too.

“His level of dedication to his craft is unmatched and that is something that unites us in our journey as well,” Hoffart said in a press release. “The beer needed to be flavorful and rewarding after a skate session while also having enough heft to be your go-to when you are ready to party.”

The brewery was founded in 2017 and is one of the 150+ small, independent breweries that currently make up the San Diego Brewers Guild.

According to Black Plague’s mantra, the craft brewer “represents the misfits, underdogs, rebels, rule-breakers, and all those who strive to be better, stand out from the crowd and follow their true passion.”

SoCal Skateboarding (and Skate Culture) in the Spotlight

Huston has been a force in the skating world for years and represented Team USA at the Tokyo Olympics this past August as skateboarding made its Olympic debut (with the iconic Tony Hawk calling the tricks from the sidelines, to boot).

Nyjah Huston couldn't medal, Noami Osaka wasn't the only tennis superstar to lose early and Team USA men's basketball sputtered early in a game vs. France. These are just some of the big upsets at the 2020 Tokyo Olympics so far.

Huston competed in the men’s street skateboarding event at the Olympics but missed the podium. SoCal’s skate prowess was well-represented, though: Encinitas resident Jagger Eaton won the bronze in the men’s street event at the Tokyo Olympics (skating on a BROKEN ankle), while San Diego County resident Cory Juneau won bronze in the first-ever men’s park Olympic competition.