A statue of former San Diego Mayor and California Gov. Pete Wilson has been removed from a downtown park following calls for its removal this week by a group that criticizes the political figure's stance on a 1994 state proposition.

Horton Walk, the non-profit that owns the Wilson statue, said in a statement to NBC 7 said they have removed the statue from Horton Plaza -- where it has stood for the past 13 years -- in order to "secure and protect the statue in a place of safe keeping." 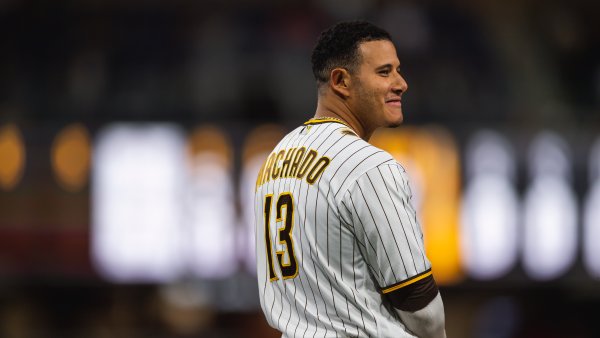 "The statue of Governor Pete Wilson is a symbol of all that is great about San Diego and its unlimited future," Horton Walk President Stephen B. Williams said. "All property…whether statues or real property…must be protected."

The groups took issue with Wilson's support for state Prop. 187 in 1994, a proposal that would have denied undocumented immigrants from receiving state aid and would have established a state-run citizenship screening system. Wilson was re-elected for a second term that same year.

Local social equity leaders are calling for the removal of a statue of former Mayor Pete Wilson that’s placed in Horton Plaza.

"It’s regrettable that businesses and commercial groups feel intimidated by watching the scenes of violence in Seattle, Oakland, Portland," Sean Walsh, a spokesperson for Pete Wilson told NBC 7. "Those scenes have intimidated other cities and communities into taking preventative measures. It is sad to think thugs and those that seek to intimidate can have an impact on a beautiful city like San Diego."

In addition to Wilson’s hard stance on illegal immigration, activists said the former San Diegan refused to meet leaders in the LGBTQ community when he was mayor.

Political advisor Cecilia Cabello, who is part of a group that protested the statue, championed its removal on Thursday.

“Pete Wilson was the architect of some of the most inhumane, anti-Latino laws ever enacted in California," Cabello said, in part, in a statement released to NBC 7. "His statue was a reminder of an ugly and racist past, and should never have been installed in the first place."

A representative for Wilson previously told NBC 7 he “has a more than 50-year track record of helping all San Diegans and Californians of every race and creed.”

“In his public service, he has supported policies that have greatly benefitted some of our most disadvantaged populations,” the statement read. “His public policy record, compassion, and government successes are second to no public servant alive today. Regarding the individuals at today’s media event, it is sad that we have become a cancel culture, simply tear down, shut down or disregard. We are happy to match our 50-year record of public service to the rhetoric of ultraliberal activists.”

Williams did not comment on accusations of racism but said Wilson's statue is an acknowledgment of a city that was transformed under his leadership as mayor.

"As Mayor in the 70’s, Pete established the redevelopment agency to attract investment to our blighted urban core," Williams said. "Today, fifty years later we San Diegans have one of the most beautiful water front cities in the world."