Statue of Bill Walton To be Placed in Petco Park

A nearly 7-foot tall bronze statue of a San Diego legend will be placed at Petco Park Tuesday.

La Mesa native Bill Walton is a former basketball player from the University of California, Los Angeles. He won two NBA championships; in 1977 with the Portland Trail Blazers and 1986 with the Boston Celtics.

Walton also briefly played for the San Diego Clippers between 1979-1980 prior to their move to Los Angeles. He also served as a sportscaster after retiring from Basketball and was inducted into the San Diego Hall of Champions in 1990. 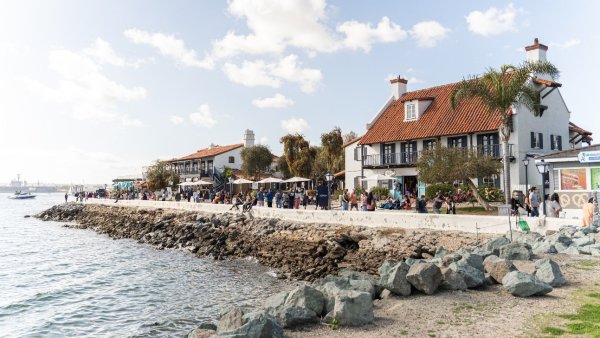 A statue of the sportscaster will be placed at Park Boulevard Gate, just inside the gates near the main stairs that lead up to Petco Park. It will be presented by Stephanie and Pat Kilkenny at 2:30 p.m. Tuesday.

The statue is 6-feet, 11 inches in height and weighs approximately 850 pounds. It will remain at Petco Park through the remainder of the season.

As of right now, a permanent location has not been decided.