Thick plumes of smoke are continuing to billow from the ongoing fire on USS Bonhomme Richard and it’s causing residents to express concerns over the air quality.

The multiple-alarm blaze aboard the U.S. Navy ship broke out at about 8:30 a.m. Sunday and since then, crews have been trying to put out the stubborn fire. The scent of its smoke has stretched across the county, and residents as far as La Mesa, Kearny Mesa and even San Marcos and Oceanside have reported getting a whiff of the blaze.

NBC 7 meteorologist Sheena Parveen goes into detail on how the USS Bonhomme Richard fire is impacting our air quality.

On Sunday, National City encouraged its residents to stay indoors due to the heavy smoke. Mayor Alejandra Sotelo-Solis said the city will reevaluate its suggestion later Monday, depending on how the progress of the firefight is.

According to the National Weather Service, the smoke carried through the county on Sunday and will continue to do so Monday. It said the highest concentration of smoke will eventually shift with an incoming onshore breeze. NWS also said that as temperatures rise, the smoke should lift.

More information on the Navy. 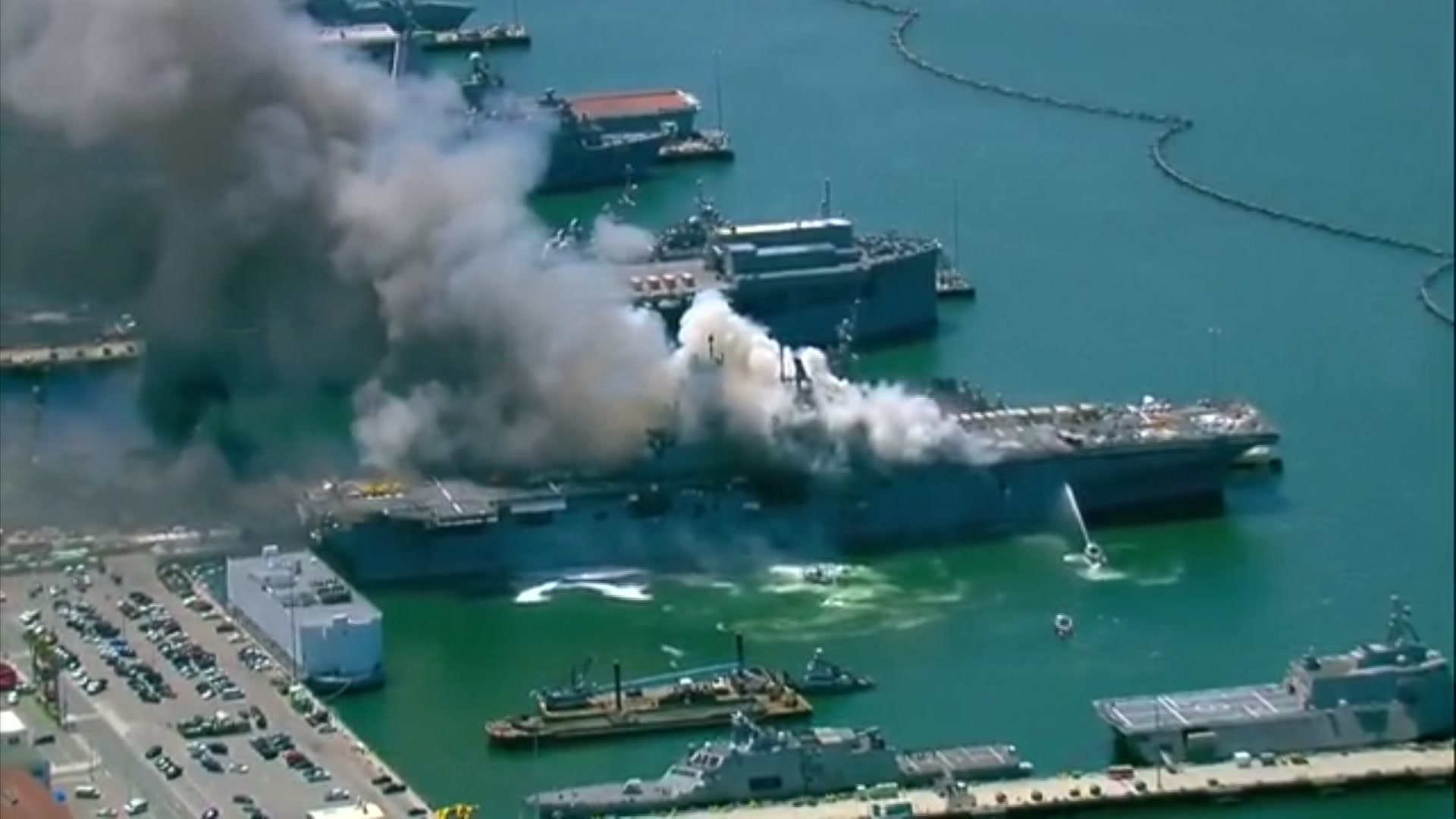 The San Diego County Air Pollution Control District reported that due to the vessel fire, unhealthy levels of smoke could impact immediate areas.

It warned residents to limit physical activities and to stay indoors as much as possible to limit any exposure to fine particulate matter or PM2.5 concentrations.

A U.S. Navy spokesperson said the military is monitoring the air quality from an EPA standard perspective.

“If we have any sense that it gets into a hazard condition, we’ll make sure everyone is well informed,” the spokesperson said on Sunday.

“If you look at the type of fire we have, again, ashy fire, there’s nothing toxic in there, just black smoke and now that we’re doing the fire agent, you’re starting to see the white smoke which is a good sign that the fire is being maintained,” he said.