A small airplane made an emergency landing Tuesday on southbound Interstate 5 near Del Mar in San Diego's North County, causing traffic for motorists confused and stunned by the unexpected sight.

The single-engine Piper PA-32 aircraft made its landing sometime around 12:15 p.m., according to the FAA, prompting several emergency vehicles to rush to the scene. It's still unclear why the pilot landed on the freeway, though the FAA did say it planned on investigating the incident.

NBC 7's Consumer Bob was at the scene a few minutes later. Here's what he saw.

SkyRanger 7 captures images of a small plane that landed on I-5 near Del Mar on Aug. 24, 2021. The aircraft was missing part of its right wing. See it here

The aircraft came to rest on the far left of the southbound lanes, resting near the freeway's divider. Consumer Bob, at the scene, reported seeing fuel leaking onto the northbound side of I-5. Crews quickly moved to clean up the fuel after their arrival.

Consumer Bob said one man who appeared to be the pilot of the plane was seen with injuries to his leg. Later in the day, the FAA said there were two people on board when it came on the freeway.

NBC 7's SkyRanger captured aerial images at the scene, which showed the plane missing half of its right wing. The wing appeared to be about 500 feet away from the aircraft, sitting on the side of the freeway.

A piece of the aircraft also appeared to have landed on a car that had pulled over to the shoulder. It's unclear if the occupants of that vehicle were injured in connection to the landing.

Sarah Tribett, whose car broke the plane's fall said, "It hit us and then swung around. And then, the wing got stuck in the other car."

"So, we broke the fall because we and a couple of people behind us drove up to us after and say they literally saw it come down and it landed on our car," Tribett said.

Puzzled drivers could be seen getting out of their cars, snapping pictures of the plane and its broken wing on the freeway.

The incident caused a back-up on the freeway with traffic at a complete stop just past Via De La Valle.

Officials with the FAA declined to identify the occupants of the aircraft, saying in a statement that the "agency does not identify people involved in aircraft accidents or incidents."

The FAA will be investigating what caused the aircraft go down, reports NBC 7.

A witness, Ian Dyer, caught the moment the plane landed on the I-5 lanes in Del Mar.

At around 1:30 p.m., the San Diego Fire-Rescue Department tweeted that all lanes along southbound I-5 at Via de la Valle would be closed so officials could investigate the incident and work to clear the plane off the freeway. At a little after 2:45, Caltrans tweeted that the three right southbound lanes were reopened, but the southbound HOV and No. 1 and No. 2 lanes remained closed. The northbound HOV lane also remains closed.

Shortly before 4:30, a crane operator lifted the plane onto a big-rig flatbed and carried the aircraft off the highway, permitting the CHP to reopen all lanes. 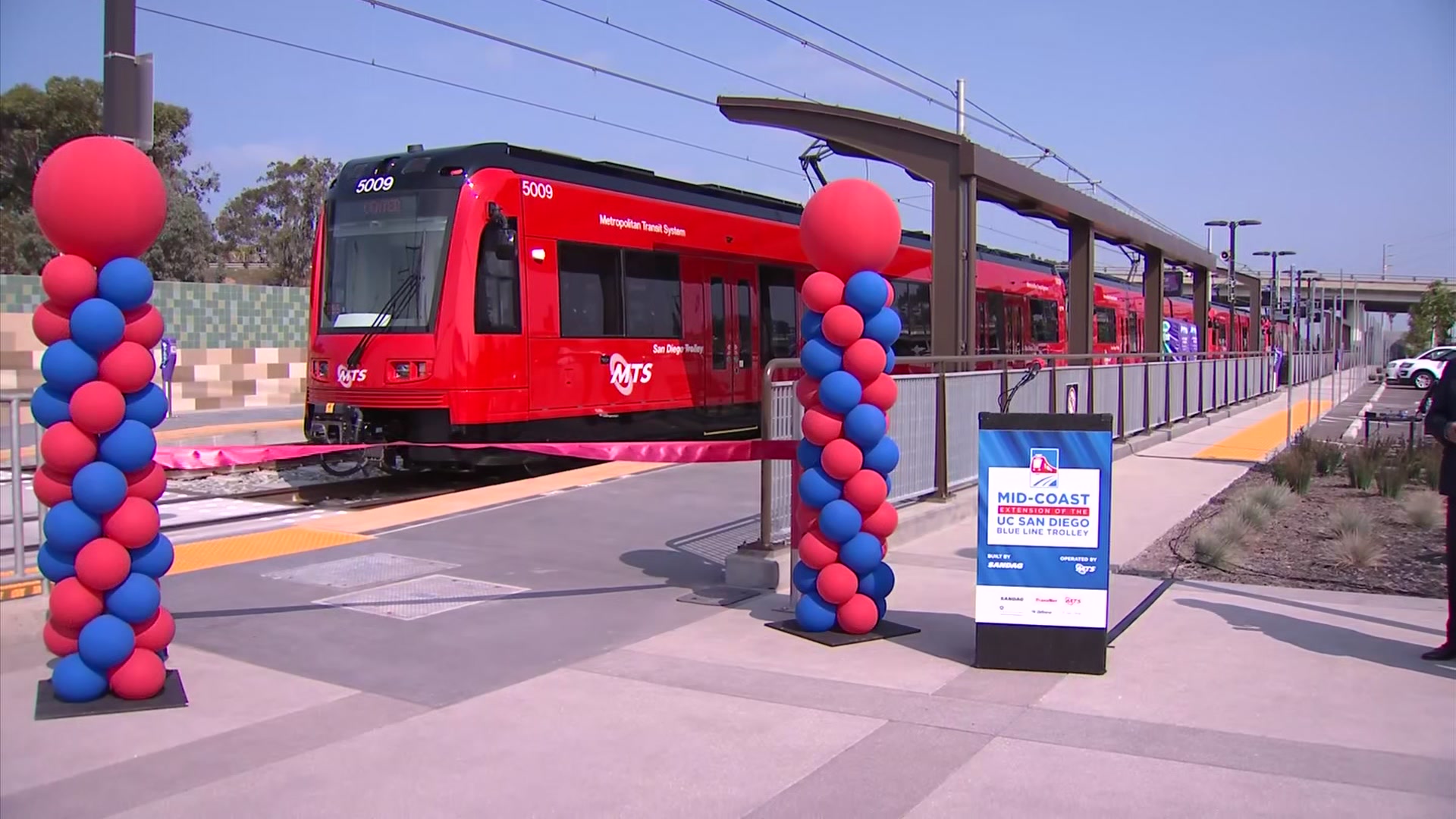