Students in the San Ysidro and Otay Mesa area now using a sidewalk to get to school almost 20 years after complaints and concerns about a dangerous stretch of road.

Students used to walk in the street along a curvy stretch of Old Otay Mesa Road to get to San Ysidro High in the Sweetwater Union High School District.

"It was horrible. It was just too tight," said SYHS senior Sebastian Llamasa.  "You felt like the cars were going to hit you."

Members of the community raised concerns about the dangerous conditions of the road since before the high school was built.

“It was frustrating when you never knew it was going to get done,” said resident Jim Delgado.

In 2015, the city of San Diego began work to design a safer route. Years later, after aecuring an easement for state land from the California Department of Fish and Wildlife and designing a traffic plan that added bike lanes, constructed retaining walls, and widen and realign the street. 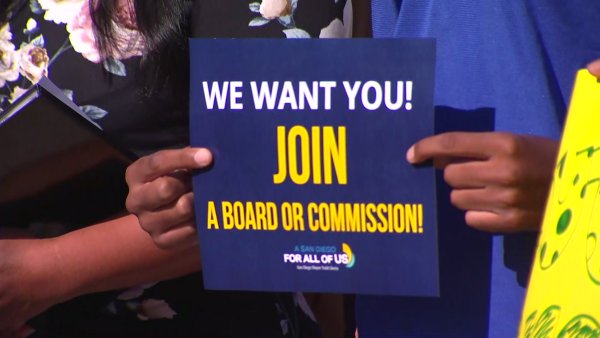 In November 2017, there were even delays in the construction due to the breeding season for the protected species gnatcatcher.

On Monday, San Diego Mayor Kevin Faulconer celebrated the completion of the project saying, "The reconstruction of Old Otay Mesa Road has been a long time coming, and parents will now have peace of mind that their children have a safe path as they walk to and from school."

Students will no longer risk the possibility of being struck by a car walking in the street, city offiicals said.

The San Diego City Council unanimously voted to take state land to build a sidewalk on a dangerous stretch of road in the San Ysidro and Otay Mesa area. NBC 7’s Wendy Fry has the story.