“He was a random stranger, so I called the cops,” shelltown resident Augustine Perez said

A resident of San Diego’s Shelltown community got a bizarre surprise when he arrived home Saturday morning: a stranger had climbed onto his roof, refusing to come down.

“I asked him, ‘Hey, what are you doing on my roof?’ He was a random stranger, so I called the cops,” said Augustine Perez.

San Diego Police Department (SDPD) officers and San Diego-Fire Rescue Department firefighters arrived at the home on 41st and Beta streets at 9:30 a.m. to find the man still on the roof. Police said the man was on drugs but did not release further details. 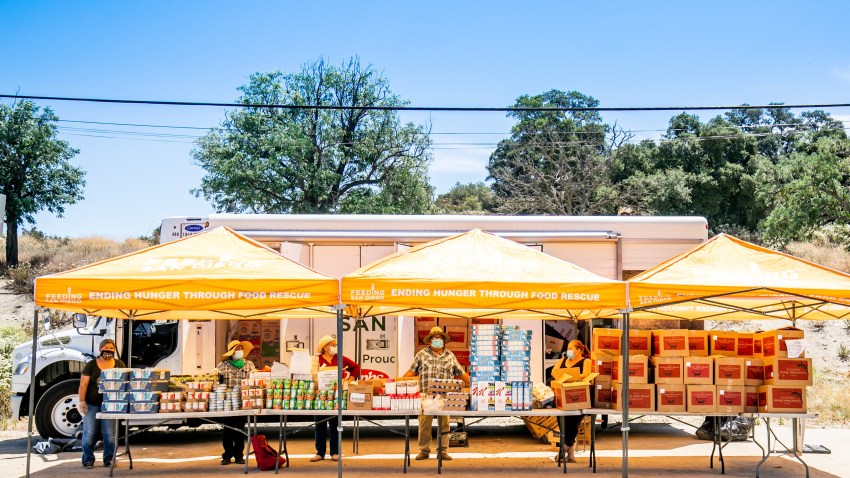 Hunger Action Month: How You Can Help Those Battling Food Insecurity

Firefighters and officers placed a ladder on the building and told the man to carefully come down. He paced on the roof for a while.

Perez said the man eventually pulled the ladder onto the roof and then used it as a bridge so he could walk from rooftop to rooftop of different homes.

“He was literally running on top of other neighbors’ roofs,” Perez recounted.

The man wasn’t saying a word, just running, Perez said, while officers continued to tell him to come down.

A short time later, the man jumped off the roof and officers were able to arrest him without incident.

No one was hurt. Perez said the incident was definitely memorable.