In the video, one law enforcement official can be heard threatening to shoot protesters if they follow the unmarked vehicle

Several San Diego police officers are under investigation after a video on Twitter showed the arrest of a woman by a group of plain-clothed officials who detained her in an unmarked vehicle outside San Diego High School.

The video was taken on June 4 in downtown San Diego following a demonstration calling for the end of racial injustice. It was posted with the caption, "Welcome to peaceful protesting."

Authorities said the arrest happened at about 9:20 p.m. in the area of 1400 Park Boulevard. The woman was taken away in an unmarked car and an officer threatened to shoot protesters who came to her defense.

You can see the video below. Warning: it does contain explicit language.

One official can be heard telling the protesters, “You follow us, you will get shot. Do you understand me?”

According to the San Diego Police Department, a plainclothes detective “witnessed a woman step off of the sidewalk into the roadway and swing a cardboard sign at a passing SDPD motorcycle officer.”

Afterward, the detective drove up to the woman and placed her under arrest. SWAT team members also arrived at the scene and “prepared to de-escalate the situation,” according to SDPD.

The woman who was arrested has since been released after she posted bail.

Cries for Justice Across the Globe 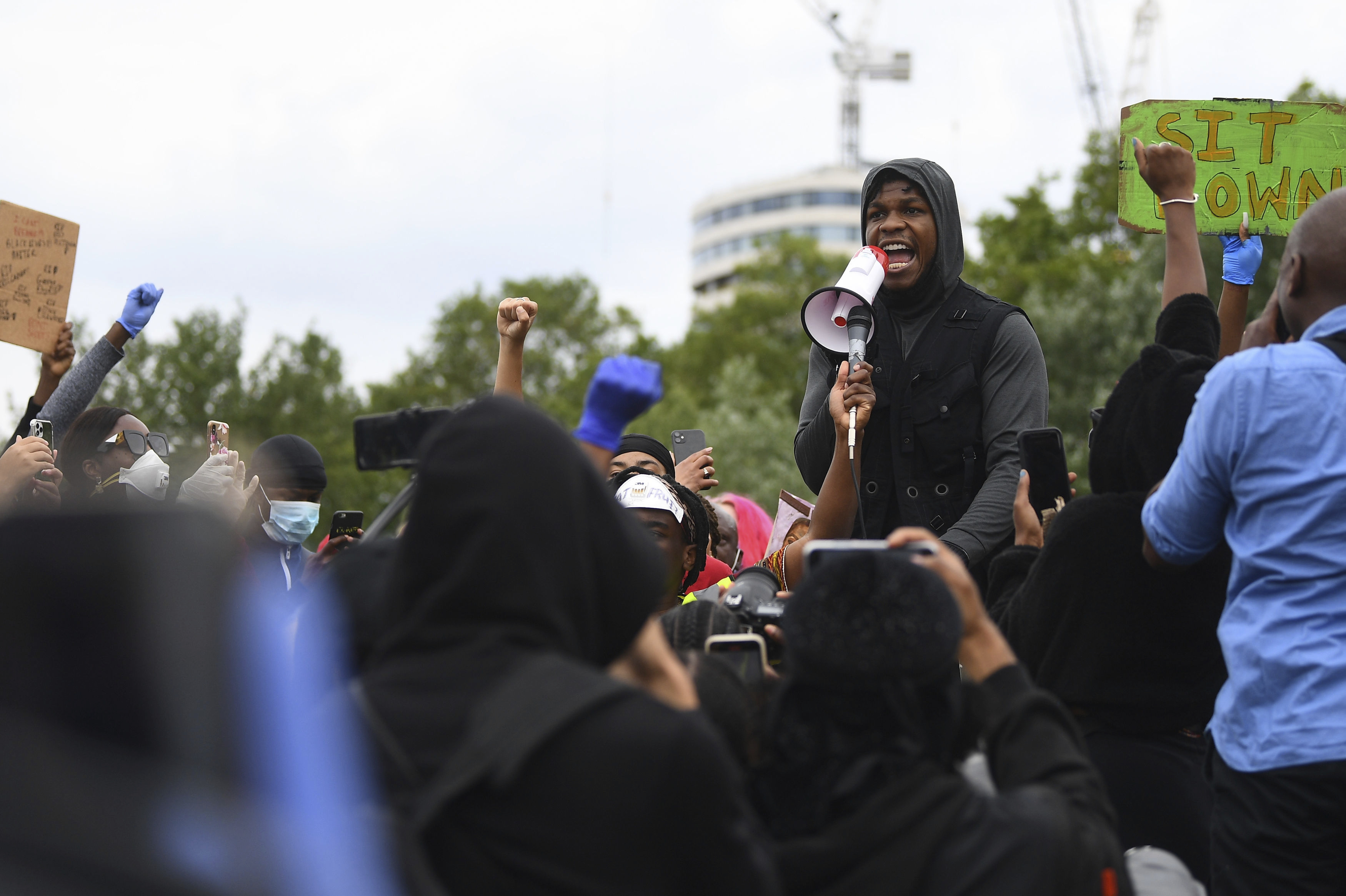 The arrest prompted City Council President Georgette Gómez to call for an immediate investigation into the law enforcement officials involved in the arrest, and for the officer who threatened to shoot the protesters to be placed on leave.

“It is incredibly disturbing to hear police officers threaten people’s lives,” Gómez said in a statement.

San Diego police said Chief David Nisleit directed the Internal Affairs Unit to investigate all department personnel involved in the arrest. While the investigation will determine if the officers followed policy and procedure, they will be reassigned and remain on active duty.

There have been eight straight days of protests across San Diego County as demonstrators call for justice in the murders of George Floyd, Breonna Taylor and Ahmaud Arbery, all unarmed Black individuals who were killed in separate incidents. Floyd and Taylor were killed by police officers, and Arbery was killed by two white men.

Dr. Bob Lahita, professor of medicine at New York Medical College, says that doctors are worried that the ongoing protests are going to cause another spike in COVID-19 cases if demonstrators aren’t careful. He also discusses the importance of antibody tests.