The suspect was accused of shooting and killing a landscape worker

Ronnie Kong, 32, was shot by multiple officers on May 29 after he allegedly pointed a gun in the direction of police as he exited an apartment on Euclid Avenue south of University Avenue.

Police responded to reports of gunfire at the complex that afternoon and found Juan Gudino Lopez, 62, who was working in the empty lot next door, suffering from at least one gunshot wound. Lopez was later pronounced dead at the hospital.

SDPD said Kong jumped the fence to the neighboring property and confronted Lopez. Lopez was reportedly heard pleading for his life before he was shot. SDPD described the shooting as an unprovoked attack.

When police arrived, they believed Kong was barricaded in an apartment unit. A perimeter was set and SWAT resources were called to the scene.

Negotiations with Kong went on for around two hours, SDPD said. During talks, Kong reportedly exited the apartment on several occasions and walked halfway down the staircase toward police, only to retreat inside, according to SDPD.

Officers can be heard throughout the video calling for Kong to surrender peacefully or risk being shot or bitten by a K-9.

The last time Kong exited the apartment, he can be seen stopped at the top of the staircase.

"You need to come downstairs with you hands up! No one wants to hurt you!" one officer yelled.

It was at this point that Kong pointed his gun at officers, SDPD said. Three officers opened fire.

Kong can be seen falling on the staircase. First aid was given but Kong was pronounced dead at the scene.

Still images released by SDPD show a handgun, a knife and blood spots on the stairs next to evidence markers where Kong fell.

SDPD's Homicide Unit is investigating the incident and will turn its report over to the San Diego County District Attorney's Office for review. The department's Internal Affairs Unit and a community review board will also investigate the incident, SDPD said.

Kong's mother previously told police that her son had stated that he wanted to get into a shootout with police so he would be shot dead, according to SDPD.

Earlier in the week of the shooting, Kong's mother reported her son had fired off rounds inside their apartment. SDPD was in the process of preparing a warrant and a Gun Violence Restraining Order when the May 29 incident happened. 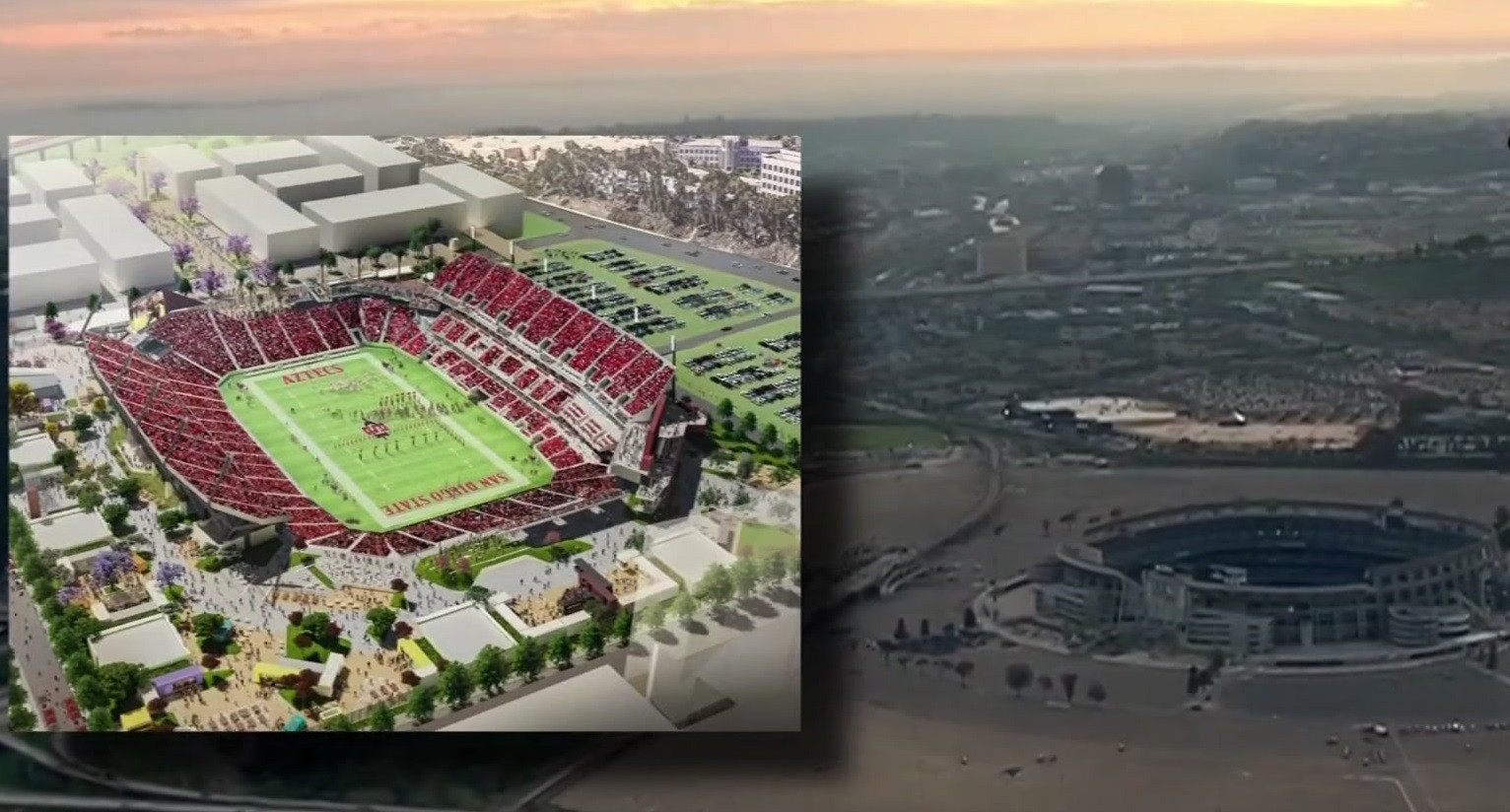