Man Surrenders After Standoff With SWAT in City Heights

A man was arrested on sexual assault and assault charges after an hours-long SWAT standoff at a home in City Heights.

A San Diego Police Department special enforcement team was called to a neighborhood off of Home Avenue near Interstates 15 and 805 at about 1:45 p.m. after a woman called 911 to report a sexual assault.

The woman told police her ex-boyfriend put a knife to her throat and threatened to kill her early Sunday morning, said Lt. Christian Sharp with SDPD. 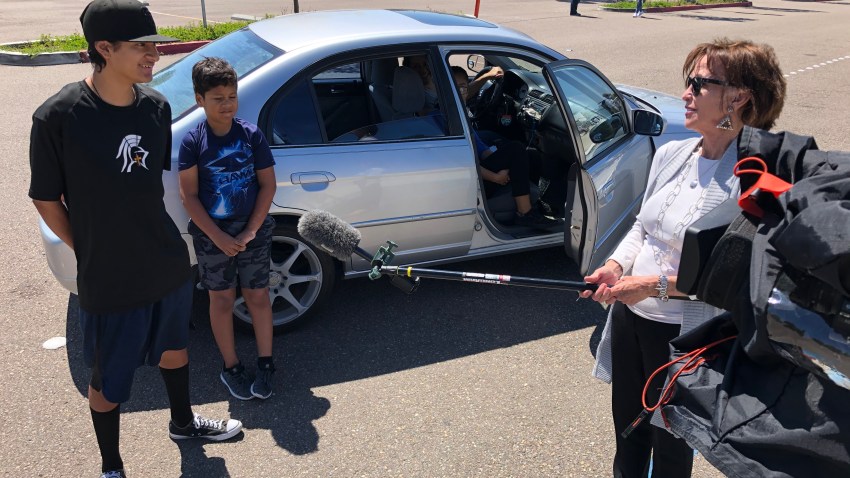 "My understanding is this is an ex-girlfriend, our victim, and at some point, they agreed to meet around 3 a.m. and then it went south from there," Sharp said. "He threatened to kill her and I don’t know the motive for that."

The victim managed to escape and called 911 from the North Park Recreation Center and claimed the attack lasted for six hours. She was transported to a local hospital. The severity of her injuries was not known.

Two women, one the current girlfriend of the suspect, and two men came out  of the home and confirmed with police that the suspect was inside refusing to come out.

SWAT was then called to the scene because they believed he had a handgun.

A negotiator managed to speak and calm the suspect, he surrendered an hour later.

The suspect's current girlfriend, who is pregnant, told NBC 7 exclusively that she helped convince the man to surrender to police.

"I just told him to do it for your baby that's on the way," the woman who did not want to be identified told NBC 7. "It's just hard to believe, it's just hard, I just feel numb, don't believe it."

The man was taken into custody and may face several charges including sexual assault, terrorist threats because he threatened to injure someone's body, and assault with a deadly weapon, SDPD said.

The suspect's name has not been released but officials said he was about 28 to 30-years-old.