A newlywed couple in Santee, California, who bought their first home together five months ago abruptly lost that home Monday when a small plane crashed into their neighborhood, killing at least two people and destroying two houses in a fiery scene that one witness described as “a war zone.”

NBC 7 has team coverage of a plane crash in Santee that killed at least two people, including a UPS driver. Here's what we know, so far.

Newlyweds Cody and Courtney Campbell were at work at the time of the deadly plane crash and told NBC 7 they’re beyond grateful that was the case. 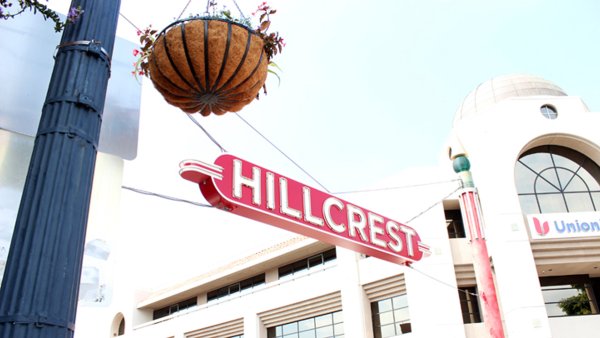 Cody Campbell said his mother-in-law had visited their home about two hours before the plane crash and had picked up their 15-year-old dog, Mister. He said this was “pure luck.”

The couple’s home – on Greencastle Street in Santee, near Santana High School – was one of two homes that burst into flames in the horrifying events of Monday.

Cody Campbell told NBC 7 he and his wife bought the home about five months ago, closing on the property just a few days after their wedding in May.

The couple – who has been together for 10 years – posted a photo on social media after buying their home on May 7, 2021. In the photo, Courtney is on Cody’s back, happily holding the keys with their tan, single-story home and front yard in the background. They are both smiling from ear to ear, as a first-time homebuyer should.

In the Instagram post, Courtney Campbell writes: "These last few weeks have been some of the most emotional, scary, exciting, happy, crazy jam-packed moments in our lives. As if getting married this week wasn’t enough, we are thrilled to share that we are now HOMEOWNERS. We officially have keys! Our hearts are so full, we are so grateful for this moment and all that it took to get here. Looking forward to these next chapters together, WE DID IT!"

Cody Campbell told NBC 7 Tuesday that the FAA has not yet given them a timeline of when they might be able to return to the remnants of their home on Greencastle Street.

He said he and his wife both work in the hospitality industry and he wore a silicone wedding band to work on Monday and left his wedding band at home.

He’s hoping that, eventually, they will recover his band in the rubble and many other wedding gifts that, for the couple, carry deep sentimental value.

Cody Campbell told NBC 7 he got upwards of 400 missed calls Monday while he was at work from loved ones frantically trying to find out if he and his wife were OK after the plane crash. He didn’t answer for a while, which really scared his family.

His loved ones have started a GoFundMe page to raise money for the Campbells, to help replace their personal belongings and set them up with temporary housing. For now, the couple is staying with their family.

According to the online fundraising page, the couple is known for showing “nothing but kindness and support for those around them.”

As of Tuesday afternoon, the page had raised more than $25,000 of its $45,000 goal. Many of the people donating to appeared to be fellow Santee residents, with many saying how sorry they were this happened to the Campbells.

"This happened less than 2 miles from our home,' one donor said. "It could have happened to anyone…sending you support and love during this difficult time. Our community is here for you!"

The Plane Crash and the Heroic Rescue

At around 12:15 p.m. on Oct. 11, investigators said a twin-engine Cessna C340 piloted by a doctor plunged into the neighborhood. The pilot – cardiologist Dr. Sugata Das – was heading to San Diego from Yuma, Arizona. According to his flight path, he was supposed to land at Montgomery-Gibbs Executive Airport in San Diego’s Kearny Mesa area, but he never made it.

NBC 7's Mark Mullen shares Air Traffic Control audio that explains some issues the pilot was having on his way to the runway.

Instead, Das crashed in Santee in east San Diego County. The wing of his plane clipped a UPS truck that was nearing a stop sign, killing the driver, OB resident Steve Krueger. Das was also killed in the crash.

A friend of Krueger told NBC 7 the longtime UPS employee loved the snow and the outdoors and had recently bought a home near Mammoth Lakes. He was just months away from retirement, the friend said, and had planned to spend much of his time enjoying his new home.

Witnesses said after hitting Krueger’s UPS truck, the fuselage of the plane slid toward two homes – one of them belonging to the Campbells and the other to Phil and Maria Morris. The homes exploded in the fiery impact of the crash.

The Morrises were inside their house, watching TV in their living room, when the plane slammed into their home. Neighbors described the heroic rescue of the couple.

Jim Slaff, the couple’s son, told NBC 7 that neighbors pulled his mother out of a window of her burning home and then rescued his stepfather from the backyard. The couple, shaken and hurt, survived and were taken to UC San Diego Medical Center. Their dog, Roxie, was inside the house, too, but Slaff said he didn’t think the pup made it.

“It’s a war zone. It’s not even a house,” Slaff said, looking at the aftermath.

A small plane crash near a Santee school has caused massive damage to at least two homes in the area.

The National Transportation Safety Board is handling the investigation, trying to figure out how the deadly tragedy unfolded.

A Santee Neighborhood, Jolted: 'It Was Like a Movie'

The tight-knit Santee neighborhood where the plane plunged was jolted by the sounds of the deadly crash and the sights of the aftermath.

Joanna Blades lives five houses down from the Morrises and Campbells. She said she could not believe her eyes. It didn’t feel real.

“It was like a movie,” Blades told NBC 7 on Tuesday. “You could hear the (makes plane noise) and then you just hear this loud boom. It almost sounded like a bomb went off in the backyard. And I knew instantly that a plane just crashed.”

Blades said her windows “shook like it was an 8-point earthquake.:

It felt like her windows caved in, as if they were going to shatter, Blades told NBC 7.

“That’s how much the pressure was from five houses away,” she recounted.

Blades said she grabbed her phone to call 911 but, all at once, her cell service and internet went dark.

Blades said that when she ran down the street to see what was happening, she saw that the wing of the plane had clipped Krueger’s UPS truck.

She could see the UPS truck and the two homes engulfed in flames.

“We went to the window and no one was answering and then a secondary explosion went off so that’s when we all decided to kind of get back because the fuel started exploding, from the plane,” she explained.

Santee resident Eric Fort was working in his garage when he heard sounds of a plane whizzing by.

But it just didn’t sound right.

“It was getting louder and louder and then you’re like, ‘That is too close to comfort.’ And then maybe five seconds later: ‘BOOM.’ And that’s when I come running out,” Fort told NBC 7.

Fort said he and neighbors were shocked and then ran toward the fire to try to help.

He said a bus that picks up special needs passengers in his neighborhood had driven off just minutes before the plane crashed. He said the incident was deeply unfortunate.

The Santee City Council and Santee Mayor released a statement Tuesday about the tragedy.

"Unfortunately, this is not the first tragedy the Santee community has faced, but it continues to show the great nature and caliber of the people who live in our city,” the statement read, in part. “This was an absolute example of neighbors helping neighbors, and community members helping in the immediate aftermath of the crash.”

“We will never forget this tragic accident or the victims, and we know the Santee community will come together to support the residents who lost their homes and rebuild our community.”