Some neighbors said they've never felt closer to one another

Santee residents who had their homes destroyed in Monday's small plane crash were allowed to return to their properties on Greencastle Street Wednesday to survey the damage and collect what valuables they could.

It was an emotional day for newlyweds Cody and Cortney Campbell. Their home, one of two destroyed in the crash, was purchased earlier this year. They embraced their family and friends before going behind the chainlink fence that sealed both properties off to the public.

Phil and Maria Morris, the couple that escaped their blazing home next door thanks to neighbors who came to their rescue, are still in the hospital, but their son came to their home Wednesday to recover what wasn't destroyed. He said his parents have a long recovery ahead and that they're up for the challenge.

"Mom and dad are doing pretty well considering, you know, what they’ve been through," James Slaff-Gruel said. "They pretty much went through a bomb detonation, so they’re both in the hospital and they both have deep second-degree, some third-degree burns to their bodies, and faces and heads, so considering everything they’ve been through, they’re in great spirits.”

Both of his parents were disoriented after the impact, Slaff-Gruel said.

NBC 7's Dave Summers spoke to the son of a couple rescued from their blazing home after an out-of-control plane barreled into it earlier this week.

"He was telling her to get out of the door and was pointing toward the side window," he explained. Maria Morris was pulled out of the home through a side window. Slaff-Gruel said her hair had caught fire, and Phil Morris burned his hands putting it out.

Phil Morris made his way from the living room to the kitchen in search of their dog, but the flames became too intense and he found his way to the backyard. Neighbors broke a hole in the fence so he could get to safety in the street.

On Wednesday, Maria Morris opened her eyes for the first time. They were swollen shut after the rescue, according to Slaff-Gruel. Both suffered second and third-degree burns all over their body.

Slaff-Gruel said he thought there may be a few trinkets found in the rubble they’ll be able to restore, but they still have not found their dog.

NBC 7’s Allie Raffa talked to neighbors who raced to help their friends nearly killed by the plane crash.

NBC 7's DroneRanger 7 got a look behind the fence and saw what looked like heaps of burnt debris with partial wall framing showing through.

A family member of the Campbells who got to see the property up close told NBC 7 she’s not sure if they’ll be able to salvage anything.

The silver lining of this tragedy is how close it has brought everyone who lives on, and near, Greencastle Street. Some say this is the closest they’ve felt to one another in a long time. 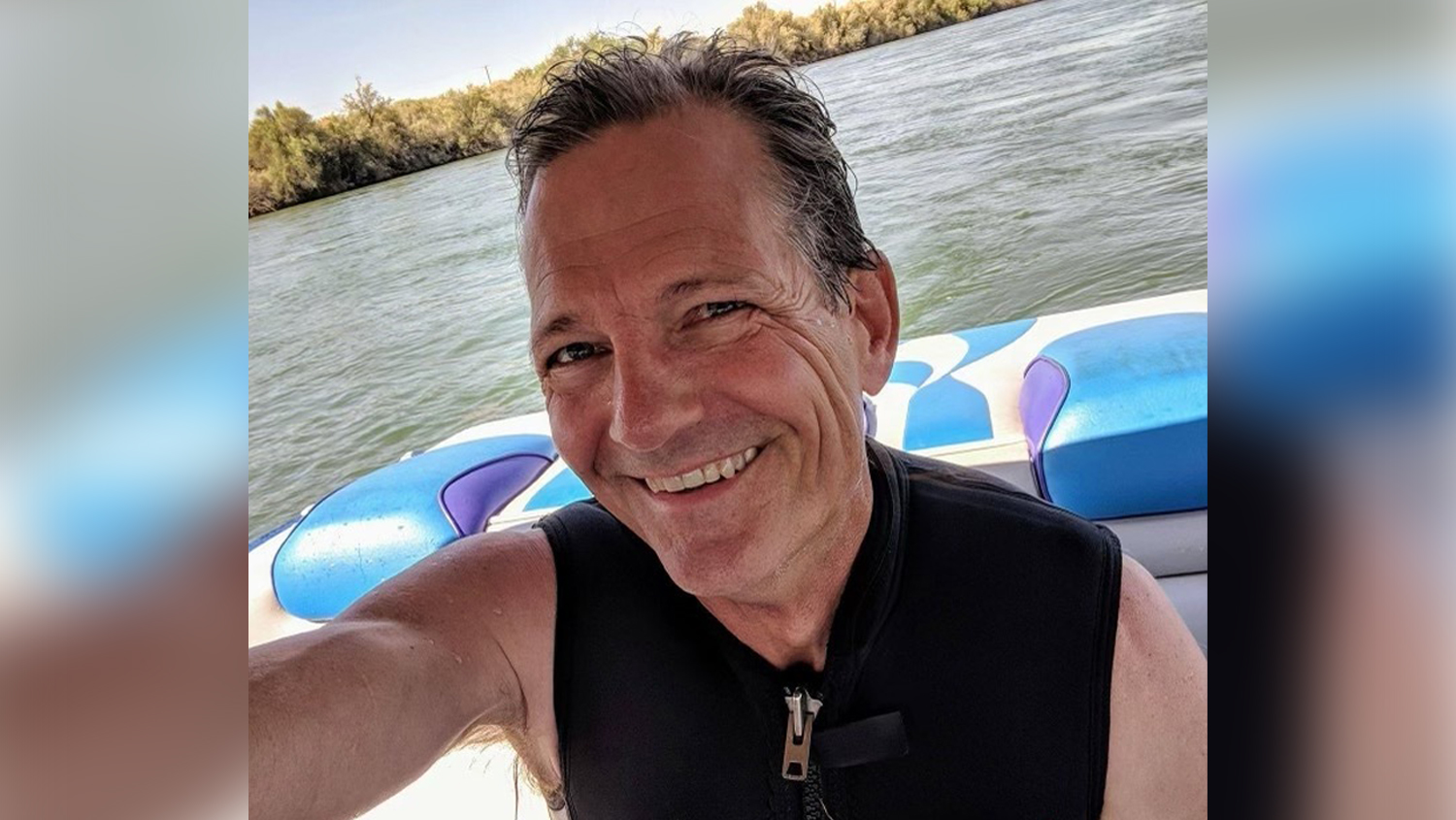 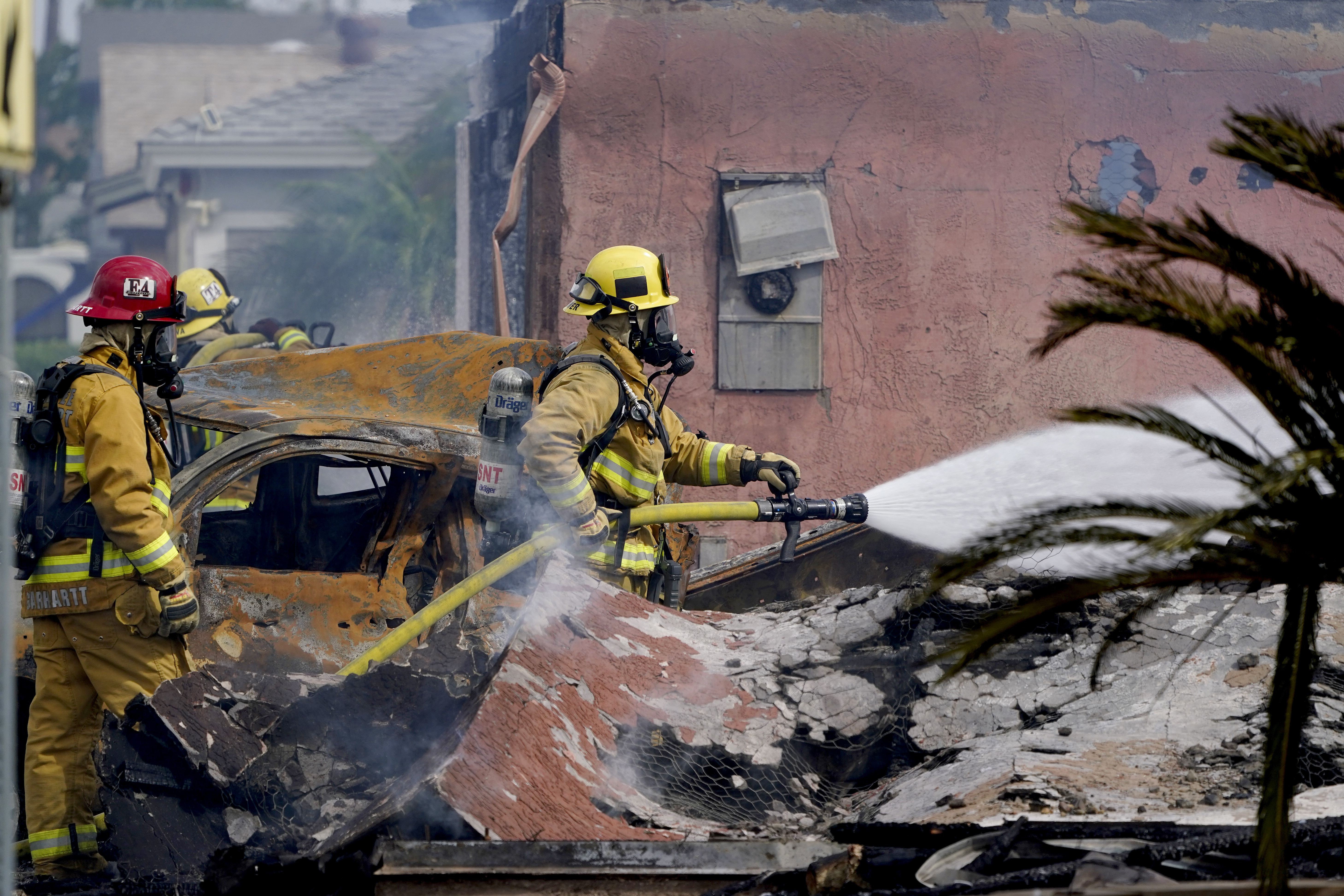 "It was very touching. It was very touching because just the fact they jumped in with the flames and the heat. It was beautiful," neighbor Ben Rohner said. "Just deep gratitude for the people who helped save their lives and the community who is rallying around them and our families.”

Mike Bowen, another neighbor, said the community's show of strength in the face of catastrophe gives him a sort of peace of mind.

"There's a certain comfort you get when you know that people have your back, and they did," he said. Despite racing in to help the Morrises, who live right across the street, Bowen said he thinks he could have been more helpful.

"I watched the videos and I was going, 'Man, I should've done more," he remembered.

Another neighbor, Kelly Jacobson, was homeschooling her children when their whole house rattled.

"I saw Mike [Bowen] running down the street and that's when I knew something not OK," she said.

Bowen was one of the first to get to the window at the side of the Morris home where Maria was yelling for help. Had he not been so quick, he says other neighbors would have filled in just fine.

"It seemed like a lot of us were a little lost because there wasn't enough room for everyone to get in there and help," he said.

The neighborhood organized a public candlelight vigil Thursday night from 7 to 9:30 p.m. to honor the lives of UPS driver Steve Kreuger and the pilot, Dr. Sugata Das -- Kruger was in his delivery truck in front of the house when the plane hit his truck, then slid into the homes.

A small memorial of candles, cards, flowers and gifts has grown on the corner near the crash site. People from all over the county have been dropping by to add to it and to pay their respects.

The recovery process will likely be long, but the community has banded together in this time of tragedy. Now the focus turns to cleanup. Debris was thrown across the block by the impact, but restoration crews worked quickly to clean it all up. They also patched a hole in the road near where Krueger's UPS truck was hit.

The street is back open, but neighbors say it’ll take a while for things to feel back to normal.

"It takes a disaster before you see it, because everybody is busy with their life and they're all coming and going and doing their thing, but it's nice to see," Bowen said. Our lives are all intertwined."