Details on the new contract were not immediately released, but sanitation workers are said to return to work on Tuesday and Chula Vista city employees assigned to pick up overflow trash during the strike will keep their posts for the rest of the week

Trash service pick-up will resume in Chula Vista and parts of San Diego for the first time in a month after Republic Services and a union representing sanitation workers came to an agreement Monday following weeks of negotiations.

More than 250 Republic Services employees with Teamsters Local 542 had been on strike since Dec. 17. The local union voted to authorize a strike on Dec. 13 after their contract expired at the end of November. 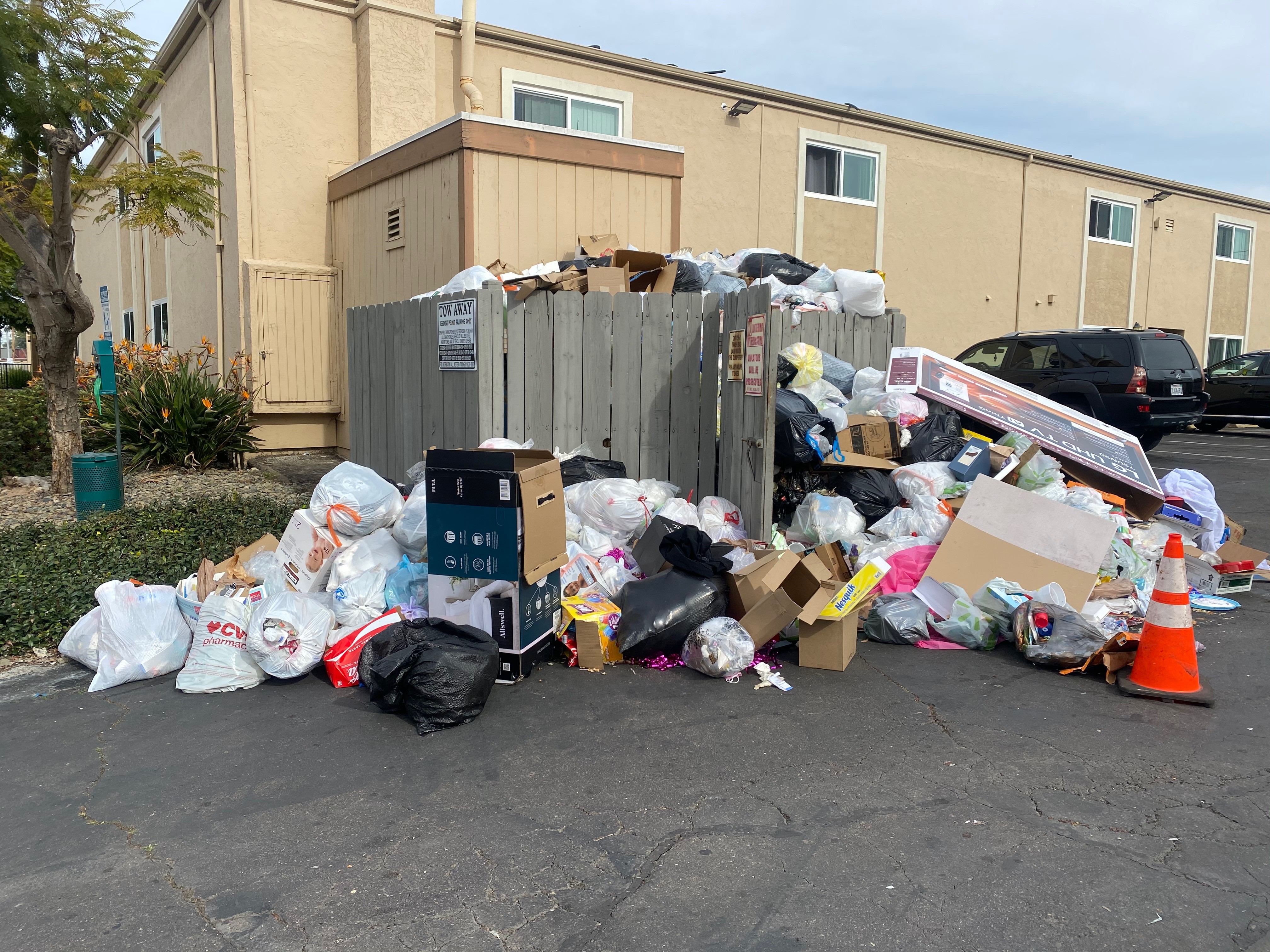 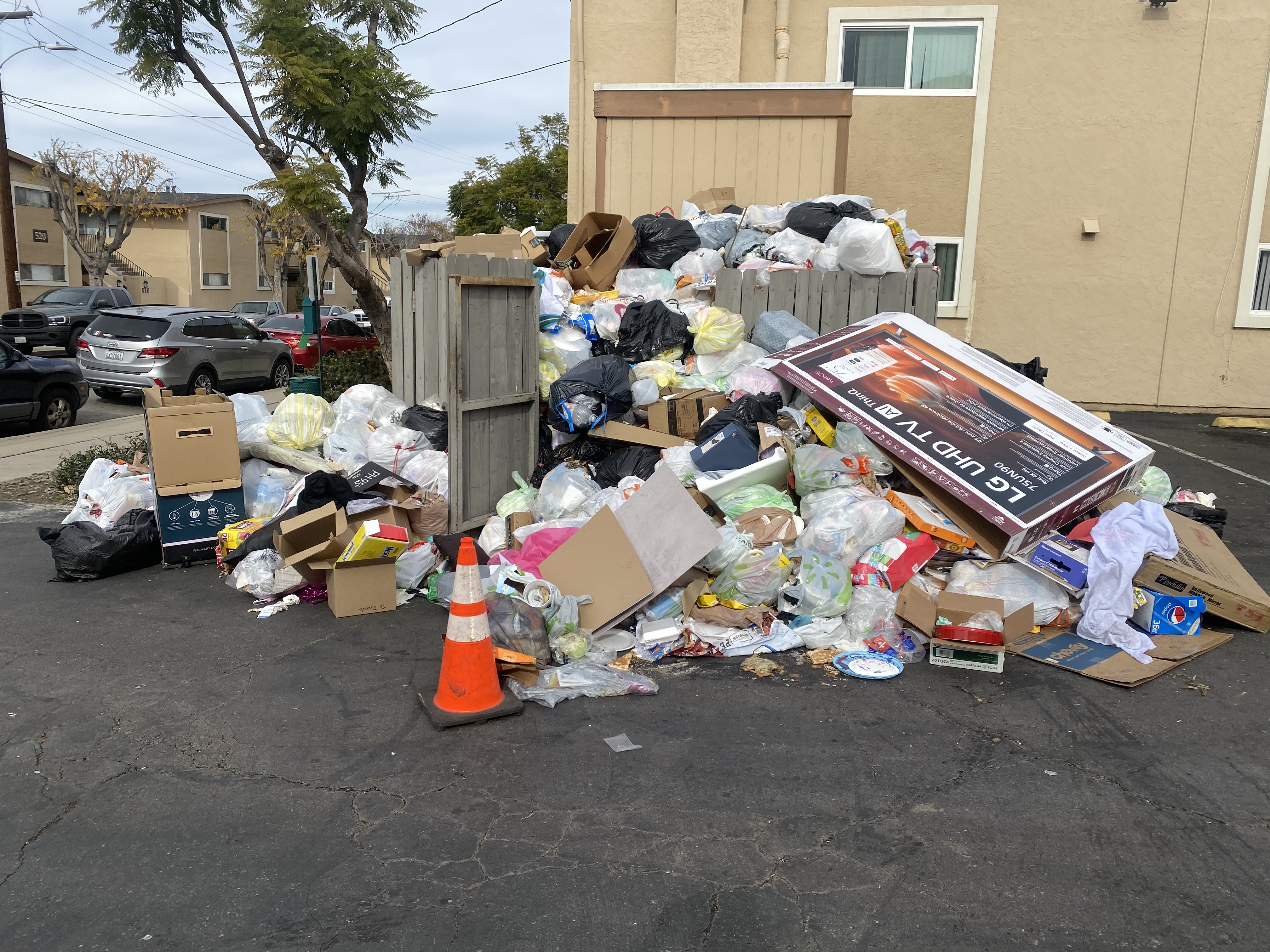 Sanitation workers were demanding increased compensation and improved working conditions, Local Teamsters secretary/treasurer Jaime Vasquez said in a statement earlier this month. Republic Services said contract offerings along the course of negotiations were fair and competitive within the regional industry.

On Sunday, Republic Services released a statement proposing one last offer to the union.

“To that end, we have presented the union with a last, best, and final offer that includes significant increases in wages and benefits in addition to other enhancements to our employees’ total compensation packages. In an effort to finally resolve this long-running dispute, we even included a new and significant financial incentive for employees tied to ratification and agreement by the union,” it said.

Calling it its “last, best and final offer,” Republic Services said it is offering striking sanitation workers one more proposal with “significant increases in wages and benefits.”

Union members voted 137-70 to approve Republic Services final offer. Details on the new contract the union and service agreed upon were not immediately released, but two union members told NBC 7 the offer included a $1,000 bonus.

Sanitation workers are said to return to work on Tuesday.

Union member Manny Puma said it was hard going a month without a paycheck, but he’s proud of his union's fight.

"It’s been a sacrifice, and we knew it was going to be a sacrifice from day one," Puma said. "I tell you what, we’re ready to go back to work and we’re going to clean this city up spick-and-span."

Chula Vista city employees assigned to pick up overflow trash during the strike will continue their assignments through the end of the week, according to a press release sent Monday afternoon.

"City crews have picked up more than 100,000 pounds of trash and serviced over 200 multi-family units. The City is aware that trash is accumulated in many areas, therefore City Manager Maria V. Kachadoorian will authorize City crews to continue clean-up efforts through the end of the week," the release said.

A dedicated email address and phone line will be set up for multi-family complex residents to report trash accumulation. Details will be announced Tuesday.

Republic Services released this statement Monday after the negotiations were settled:

"Republic Services is pleased that we were able to reach an agreement for a new contract with the union that represents our San Diego and Chula Vista employees. We take pride in providing all of our employees a total compensation package that includes competitive wages and comprehensive benefits. We thank our customers for their patience and understanding during this challenging time. We welcome our employees back to work and look forward to resuming normal service and cleaning up our communities as quickly as possible."

A spokesperson also told NBC 7 the company is working on reimbursements plans for customers.

Included in the city's release was the following statement from Mayor Mary Casillas Salas.

“I am glad that the strike has been settled and understand the difficult position of sanitation workers as they fought for dignity and respect. I am also so proud of our city crews for stepping up and pivoting from their normal duties to make sure our city gets cleaned up. Thank you to all our residents for their patience through this difficult and unprecedented situation," Mayor Casillas Salas said.

Garbage overflowed in trashcans in Chula Vista and some parts of San Diego while the service and union went back and forth on their demands.

Michelle Whelan told NBC 7 she had no option but to keep some of her extra garbage in her garage.

"I don’t want rodents running around our street, rats, whatever you may say so," Whelan said.

Trash pile-up had residents in the region feeling frustrated as they were caught in the middle of the negotiations.

"I'm not going to pay for it," Chula Vista resident Steve Monroe said of the trash collection service bill. "They owe us two or three weeks for not picking the trash up.

South Bay leaders declared a public health emergency in wake of the lack of cleanup.