The shooting was reported just before 9 a.m. at the apartments on Knoll Road

Dozens of apartment homes were evacuated Thursday after a man was found collapsed in the street and suffering from a gunshot wound, officials with the San Diego County Sheriff’s Department told NBC 7.

Deputies with high-powered rifles and several armored vehicles were outside the Windsor Manor Apartments on Knoll Road after the shooting was reported just before 9 a.m.

Officials cleared pedestrians from the nearby Home Depot parking lot and shut down traffic from West Mission to State Route 78 as they set up a search for a shooting suspect.

Deputies say they believe a man was shot inside his apartment and then staggered outside and collapsed in the street.

The man was discovered and transported to Palomar Hospital with what's described as non-life threatening injuries. 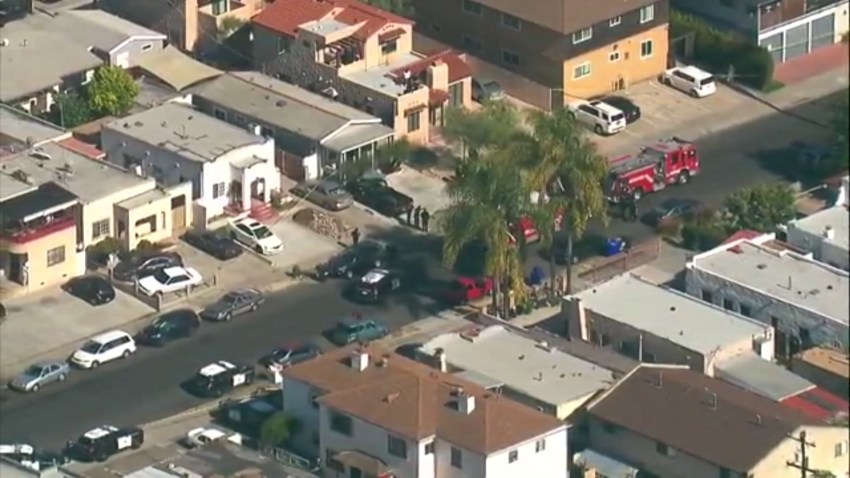 Man Shot and Killed After Aiming Gun at Officers in Mid City: SDPD

There were several cars stopped on the street with their doors open.

Deputies went through seven complex buildings, each containing dozens of apartment units, as they look for a suspect.

After a four-hour standoff, they cleared the scene.

Meantime, a 25-year-old man seeming to match the suspect's description was arrested around 1 p.m. in La Mesa on a parole violation.

The underlying crime? Illegal weapons possession. Investigators said they are looking into whether he was involved in this morning's shooting.