From the San Diego County Fair to the Big Bay Boom, here’s a look at the big San Diego events making their way back to our scene this season

As pandemic-era restrictions are lifted and San Diego County continues its reopening – eyeing that full California comeback on June 15 – some of the biggest local events that were forced to go dark in 2020 will rise again in summer 2021. Here’s a look at some San Diego staples returning this summer.

Not an annual San Diego event but still a special one, the USGA’s U.S. Open Championship is coming to the Torrey Pines Golf Course from June 17 to June 20. NBC 7 SportsWrap will be following all of the action leading up to the big tourney, during the event, and after. 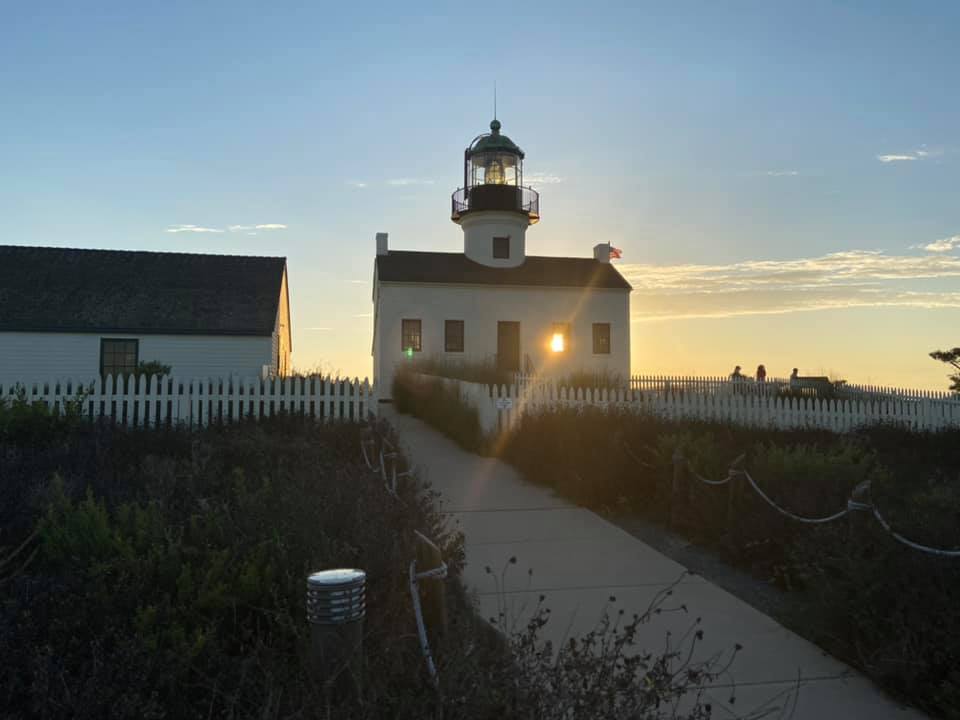 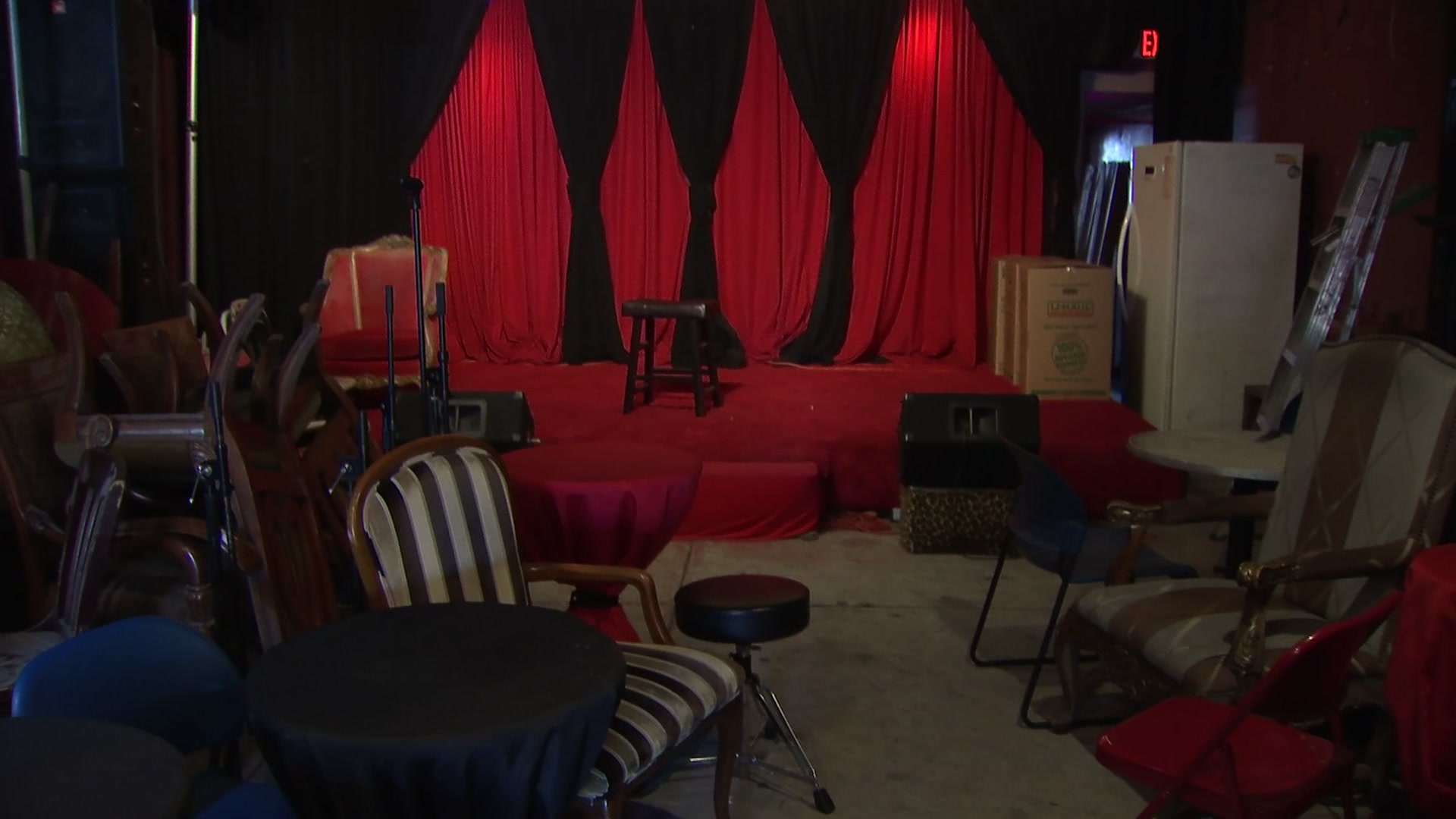 Pandemic Modifications: Unlike the annual Farmers Insurance Open at Torrey Pines Golf Course this past January, spectators – in limited capacity – will be allowed at the U.S. Open Championship. California residents will be able to attend by providing proof of vaccination or a negative COVID-19 test. Fans who come from out of state will be required to provide proof that they have been fully vaccinated two weeks or more ahead of the tournament. Face masks will be required.

The famed South course is shaping up to be a major challenge for the world’s best golfers, just as it was in 2008.

By the way, if you want a glimpse of the Torrey Pines Golf Course ahead of the U.S. Open Championship, head over to our NBC 7 app on Roku or Apple TV and check out our videos on the U.S. Open option on the left-hand menu. Here are a couple of those:

The event that always kicks off the summer in San Diego is the San Diego County Fair in Del Mar. In June 2020 – in the thick of the coronavirus pandemic and summer surge of local cases – the event was canceled. But this summer – from June 11 through July 4 – the fair is back for a smaller-scale version of itself – with pandemic-era modifications, including attendance capacity limits.

After more than a year in various stages of COVID restrictions in San Diego County, this year’s fair theme is “Home Grown Fun,” and the event is billed as a place where families can “get outside for some real-life, in-person and down-home fun.” As always, the fair will feature all kinds of food, shopping, demos, agricultural-themed exhibits, live magic, contests, pig races, pony rides, and access to the Ferris wheel and carousel. The gates will open Wednesday through Sunday from 11 a.m. to 9 p.m. (it’s closed Monday and Tuesday). Tickets – which can only be purchased ahead of time online this year – cost $10 for those age 6 and up and free for kids up to age 5. Parking costs $12 (also must be purchased in advance). For more on things to do this year at the San Diego County Fair, read this.

The San Diego County Fair opens on June 11 for its scaled-down, pandemic-era season -- but with all the traditions that make it a special local event. NBC 7's Audra Stafford reports on the "Homegrown Fun."

Pandemic Modifications: Among the changes to this 2021 mini season of the fair are online-only ticket sales which include an arrival time for visitors (this will help limit the number of people inside the fairgrounds at any given time). Contactless payment is also recommended for all shopping at the fair, and some vendors may not take cash, so keep that in mind.

According to the fair’s website, all guests age 2 and up must wear a face mask. Employees will be masked up too – including those who have been vaccinated. A temperature screening will be given to guests with a no-contact thermometer and anyone with a temp of 100.8 degrees or higher will not be allowed to enter. Various hand sanitizing and hand washing stations will be up and running at the fair, as well as posted signs outlining health and safety rules for visitors.

The San Diego County Fair typically attracts 1.5 million visitors each summer and is the largest annual local event and one of the 10 largest fairs in the U.S. In non-pandemic years, the season usually runs from the beginning of June through around July 4th holiday.

The Big Bay Boom – San Diego’s longtime Fourth of July fireworks show known for lighting up the sky around the downtown waterfront – will return as a live event this summer, the Port of San Diego confirmed earlier this week. The show was, of course, canceled last July amid the local surge in COVID-19 cases at that time.

The Port said the fireworks display will go down in its traditional format: it’ll last 20 minutes and start at 9 p.m. on July 4. As always, spectators will be able to see the show from these areas across the San Diego Bay:

People can also watch from the water, in their boats. More viewing info can be found here.

The Big Bay Boom event usually draws about 500,000 spectators to San Diego’s downtown waterfront. The San Diego Tourism Authority told NBC 7 this week the event is expected to be a big draw.

By the way, San Diegans will remember the 2012 Big Bay Boom – when all the fireworks planned for the 20-minute show went off at once. We’ve got that video in our NBC 7 archives here.

In 2012, the Big Bay Boom firework show did not go as planned. With no show in 2020 due to the coronavirus pandemic, let's look back at another strange year.

San Diego Pride had planned to go virtual again this summer, but with California's full reopening set for June 15, Pride organizers said there will be some in-person events this summer after all.

NBC 7 learned on June 10 that the Hillcrest Business Association had applied for a two-day block party permit for Pride weekend, July 16 and 17, and expects the city to grant it. The giant Pride parade through Hillcrest won't happen in its traditional form but in its place, these are the in-person San Diego Pride events expected to take shape:

The 2021 horse racing season at the Del Mar Racetrack is set to run from July 16 through Sept. 6, 2021, and tickets are supposed to go on sale starting June 18. The Del Mar Racing calendar shows the famous Opening Day Hats Contest is on for July 16, too.

The Del Mar Thoroughbred Club said Friday it plans to open its 2021 summer race meet with 100% capacity for fans in its seating areas. A press release added: "This decision was made in accordance with state and county public health guidelines effective June 15, 2021."

For the second July in a row, San Diego Comic-Con International – at least its traditional, in-person, summer weekend event in downtown San Diego – won’t happen this season. But, if we’ve learned anything from superheroes and the fervent fans of Comic-Con over the years, it’s that it’s not over just like that. There’s more to the plotline.

Instead, San Diego Comic-Con International 2021 will morph into Comic-Con@Home, a virtual-only event taking place on July 23 through July 25. Comic-Con@Home details will be released here.

In the fall, Comic-Con organizers are planning a smaller, in-person event dubbed Comic-Con Special Edition, a bonus offering set to take place on Nov. 26 to Nov. 28.

“It is our hope that by that point, conditions will permit in-person public gatherings of this kind. As details are being finalized, badge cost, attendance capacity and related information will be forthcoming,” the Comic-Con website states.

Comic-con is returning to San Diego this fall for its first *in-person* event since the start of the pandemic. As NBC 7's Lauren Coronado reports, the scaled-back convention is scheduled for Thanksgiving weekend and local businesses can hardly wait.

The San Diego Symphony recently unveiled its new, permanent bayfront performance venue along South Embarcadero: The Rady Shell at Jacobs Park. The outdoor venue was supposed to debut in the summer of 2020 but, you know, COVID.

The Rady Shell is where the Symphony will host its annual summer concert series – formally known as Bayside Summer Nights – and, earlier this month, the lineup for the venue’s inaugural season was released.

The live performances kick off on Aug. 6 and run through Nov. 14 and will range from classical to Latin acts, plus jazz, pop, Broadway, and comedy. Films will be screened there, too, backed by a full orchestra playing the score live – from “Rocketman” to “Star Wars: Return of the Jedi.” Tickets can be purchased in packages that include several performances here.

CityFest, the 39th annual street fair-meets-dance party in the heart of Hillcrest, will be back, in-person, this August. Organizers said the event is planned for Aug. 8, with DJs and live music on the main stage, plus 250+ vendors lining the 6-block party zone. Other highlights: an international food court, the 21+ beer garden, and a new kid’s zone for the little ones. More info on CityFest 2021 can be found here.

While some of these big events are making a modified comeback this summer, the San Diego Tourism Authority told NBC 7 last month that the city’s outdoor amenities – along with reopened attractions and museums – should also help tourism recover a bit this summer.  The Tourism Authority said this summer will be a “transitional year” for events as they slowly begin to come back.

With some events back on the calendar, some local business owners are feeling hopeful – for the first time in a long time.

“It was basically a ghost town during the pandemic,” said Gerald Torres, owner of City Tacos in San Diego’s East Village.

Torres is now up and running for business and ready for a busy summer.

“It makes you want to hire more employees and gear up for these things,” he added.

Travel to San Diego is picking up, but limitations on large events are one of the final hurdles in the way of tourism numbers climbing back to normal, reports NBC 7's Priya Sridhar.

What Is a Mega Event?

Now, pandemic-era rules will still apply to some of these events after June 15, according to the California Department of Public Health.

After 15 months of shutdowns during the pandemic, California is fully opening the economy on June 15, including mega events like concerts and sporting events— but there will be some restrictions. Here’s what you need to know.

Some of the local events may be considered "mega events" and certain pandemic-related rules will apply. You can read all about mega events here as you begin to make your plans for this summer in San Diego.