Notices will go out on March 15, but the actual dismissal won't happen until May

In front of a packed audience, the San Diego Unified School District voted to cut 1633 positions as in order to cope with a $122 million budget deficit for the coming school year.

Teachers, counselors and nurses will be among those getting pink slips on March 15.

“The resolution passes 5-0,” Board President John Lee Evans called out. 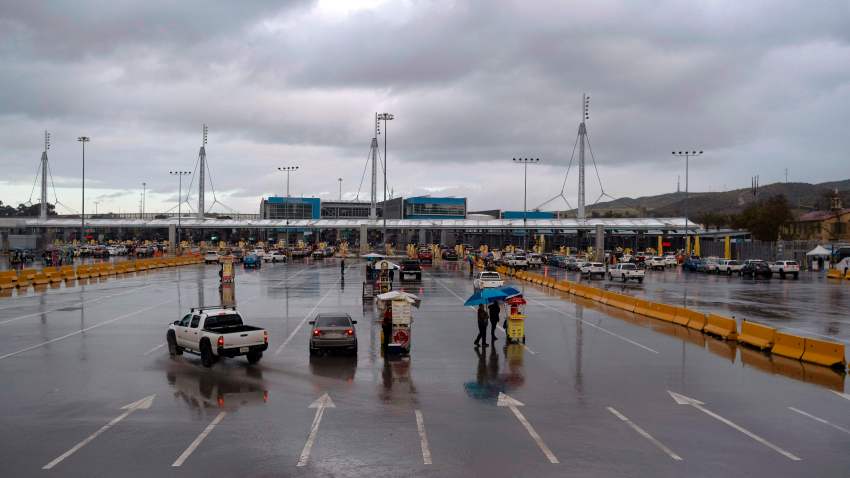 US, Mexico, Canada Agree to Extend Border Restrictions Until September

As five green lights showed up on the voting panel, the board gave the go-ahead to cut 1633 positions.

The San Diego Education Association called for its members to attend the meeting and put up a fight.

“Every year we lay teachers off, every year we disrupt the classrooms and so we've decided to join in with the parents and fight for the students," said SDEA President Bill Freeman.

Despite the turnout and the opinions of students like Izzy Martinez who called the budget squabble "chaos" that affects her education, board members said they had no choice but to approve the layoffs.

"Nobody knows what it's like to push this button and pick up the phone and call one of your best friends and tell her what you're doing," said board member Kevin Beiser who got emotional when he spoke to the crowd.

Vice President Scott Barnett made a motion to move toward insolvency instead of layoffs but no one else on the board agreed with him.

"We The Board, that includes me and all my colleagues and the leadership of the unions, have shown we're incapable of the leadership that's necessary to solve this problem. We've failed you," Barnett told the crowd.

Freeman said a negative decision could place San Diego schools in a compromising position, while driving away many good educators from the district.

The district is trying to remedy a $122 million deficit in next year's operating budget in order to deal with the state's fiscal crisis.

School district officials say as painful as the cuts are, they are a necessary part of the process for them when planning ahead leaving them no other choice, until they find out what their budget will be in June.

The SDEA backtracked on its support  for an extension of the March 15 deadline for layoff notices last month. Assemblymember Marty Block had proposed extending the deadline until June 16 but President Bill Freeman stipulated the teachers would only support such a move if the district agreed to not issue any layoff notices for its members.

While in the past, the district has said concessions from the union are necessary to keep academic programs, the union leadership has criticized the district for using its members as pawns.

Notices will go out on March 15, but the actual dismissal won't happen until May.

Historically the school district has been able to bring back majority of the educators issued pink slips.

There's always a chance some jobs could be saved, once detailed budget comes out.