The devastating shooting's death toll swelled to 60, not including the perpetrator, after two additional shooting victims died due to complications

“We’re still hurting but with the friends that have here in San Diego, there’s always joy but we still have pain in our heart,” Frank Quiñones told NBC 7’s sister station, Telemundo 20.

Quiñones and his wife are part of the 22,000 people who survived the mass shooting at the Route 91 music festival in Las Vegas on Oct. 1, 2017. Three years after the deadliest mass shooting in the U.S., the San Diego residents are sharing their story of survival and road to healing.

Looking back at the deadly tragedy. 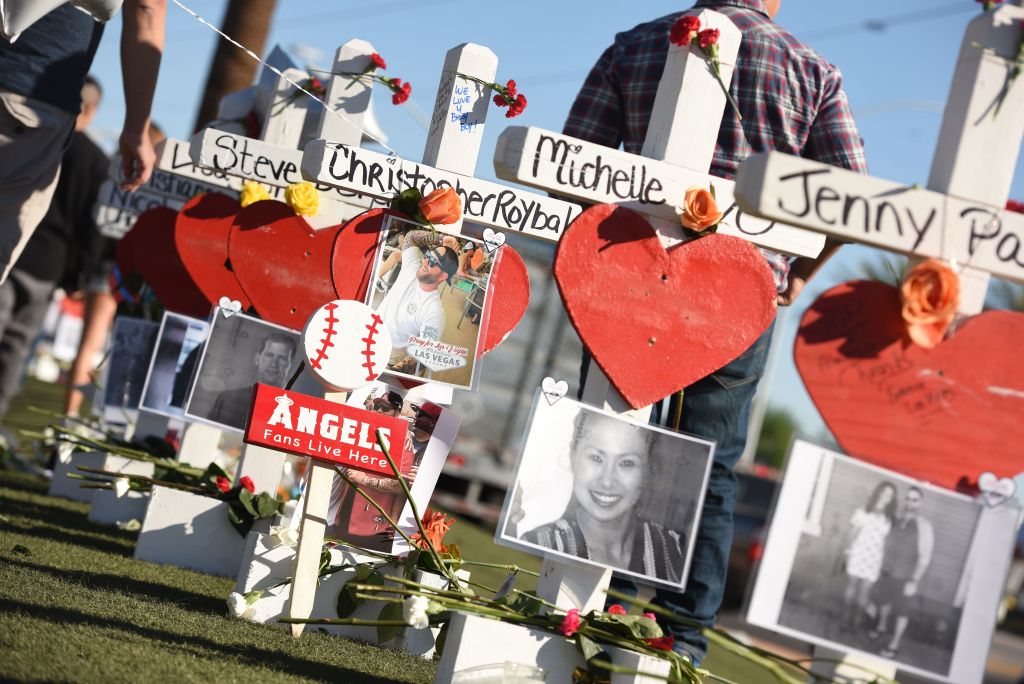 Quiñones, his wife and a group of friends were in an exclusive area between the stands when the unthinkable happened.

“In one of the videos, I can hear myself yelling at a friend to come and in that moment, they dropped the phone from their hand because a bullet struck them,” Quiñones said.

Upon their return to San Diego, Quiñones and his wife joined a support group for survivors where they receive therapy and connect with others who share their experience.

“We see each other two, three, four times a month,” he said. “We invite all the families, especially right now since we can’t go out because of COVID-19.”

That’s how Quiñones met Erin and Dave Powell, a married couple who also lived through the nightmare. Erin said when the shooting occurred, she couldn’t run from the danger so she instead crouched down since that was her only way of escaping from the rain of bullets that hailed over the crowd.

The audience was smaller, but emotions were just raw for some of the hundreds of people attending a second annual sunrise memorial to the 58 people killed in a mass shooting on the Las Vegas Strip on Oct. 1, 2017.

Erin Powell said that although she and her husband have overcome the trauma of the experience, she believes others still need help in their recovery process. The San Diego County resident said the tragedy helped her in some way prepare for the pandemic because in times like these, it’s important to support others with communication and words of reassurance.

The death toll of the shooting swelled to 60, not including the perpetrator, after authorities announced 57-year-old Kimberly Gervais of Mira Loma, California and 49-year-old Samanta Arjune of Las Vegas died in the last two years due to complications related to the shooting.

The gunman behind the massacre was identified as Stephen Paddock. Authorities have not discovered the motive behind his deadly actions.

Quiñones said he doesn’t demand any answers as to why Paddock decided to kill dozens of festivalgoers.

“What he did doesn’t matter to me; what’s most important to me is the family of the victims, the community of Las Vegas and the families.”

The San Diego group reunited on Thursday during a dinner and dance. Even during the pandemic, they look for ways to reunite in a safe way to continue supporting themselves and heal.