Faulconer appeared with a group of small business owners and employees and said the city needs to work to create more job opportunities instead of increasing the minimum wage.

"We need to build more ladders, not pull them out of reach," Faulconer said.

"That's what I want... to have San Diego moving forward and not put us at a disadvantage compared to other cities around the county and other municipalities,” he said.

The minimum wage ordinance, approved by a 6-to-3 super-majority last month, would make some 200,000 minimum wage earners in San Diego eligible for an increase over the state's new benchmark of $9 an hour to $9.75 on Jan. 1.

Further wage hikes would be phased in to $11.50 an hour by 2017, followed by automatic inflation escalators.

Friday was the 10th and final day Faulconer could veto the measure. 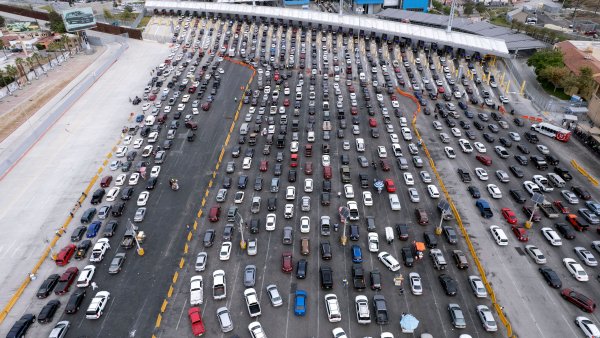 US Mexico Border 31 mins ago

Six votes are needed to override the veto. A vote could be scheduled in the next 30 days.

Faulconer said if the council does override his veto, there will likely be a referendum effort.

Critics say one in six businesses in San Diego would be inclined to move elsewhere if the minimum wage increases occur.