‘A San Diego for All of Us': Todd Gloria Makes History as He's Sworn In as Mayor

Democrat Todd Gloria -- "the son of a hotel maid and a gardener" -- made history Thursday as he was sworn in as the 37th mayor of the City of San Diego.

Promptly at 10 a.m. -- via a very pandemic-style, virtual inauguration ceremony before the San Diego City Council -- Gloria became the first-ever person of color and member of the LGBTQ community to hold the city's highest leadership position.

After the Pledge of Allegiance led by Council President Pro Tem Barbara Bry (the local politician who ran against Gloria in the 2020 mayoral race), it was time to for Gloria to take his oath.

After the oath, he thanked the people who helped get him there, including his parents, Linda and Phil, and his brother and his family. Gloria also thanked his partner, Adam.

Gloria thanked his staff of past and present, as well as his mentors -- including Susan Davis and Toni Atkins -- and one more leader who paved the path for him.

“And, of course, our trailblazer -- who broke San Diego’s rainbow ceiling -- Christine Kehoe. Thank you all so very much,” Gloria said.

San Diego Mayor Todd Gloria thanked the people who have helped in throughout his life and career.

'A San Diego for All of Us'

Then, it was time to speak with the city that elected him.

“My fellow San Diegans, it is with pride that I stand before you today as the 37th mayor of our city. I’m humbled by your support; I’m grateful for the opportunity to serve; I’m hopeful about the future of our city,” Gloria said. “Today is the day that we start building a San Diego that is truly for all of us.”

Being the mayor of San Diego has been a dream three decades in the making for Gloria. Really, he even tried his hand at the role as a kid.

Gloria posted a photo of himself as a child on social media Wednesday. In the photo, a young Gloria is seen holding a stack of papers.

“Thirty-two years ago I was a finalist in the Mayor For a Day essay contest,” the post reads. “Tomorrow I’ll be sworn in as my hometown’s 37th Mayor. San Diego is an incredible place. My goal is to open the doors of opportunity wider for more of our city’s residents.”

Gloria is a third-generation San Diegan of Filipino, Native American, Puerto Rican, and Dutch descent. He’s the son of a hotel maid and gardener, who has long touted the importance of having a strong work ethic.

“As a kid who grew up in Clairemont, I didn’t see people who looked like me leading practically anything -- let alone the 8th largest city in the United States,” Gloria said at his inauguration Thursday. “But today, I stand before you as the first person of color and LGBTQ person to ascend to our city’s highest office.”

“This is a testament to what we all know: San Diego is a unique place, with incredible people, where anything is possible,” he continued. “It is the birthplace of California and a bridge between two nations. It’s the home of artistic creativity, groundbreaking innovation and research that changes the world. It is the place where the son of a hotel maid and a gardener, a Native American, Puerto Rican, Dutch gay guy has just become your mayor.”

Gloria said he doesn’t want to just call San Diego by its longtime nickname anymore, “America’s Finest City.” He wants it to be a “truly great city.”

“A city where your zip code doesn’t determine your destiny,” Gloria explained. “A city that embraces what makes us unique and celebrates who we are. A city that tackles major challenges head-on and doesn’t let distractions get in the way. San Diego is a big city; it’s time we acted like it.”

NBC 7's Priya Sridhar sat down with Mayor-elect Todd Gloria about his visions for the future.

The new mayor outlined his plans for his first 100 days in office, a time when he will focus on the biggest problems facing San Diego, including the ongoing coronavirus pandemic.

“We will be rolling out an aggressive strategy to address the worsening public health crisis in COVID-19,” he said. “The economic crisis that is impacting San Diego’s families, small businesses, and our city budget. The housing and homelessness crisis that has become even more dire.”

“My team and I are moving swiftly and decisively to protect our most vulnerable. And we’ll do it with a long-term goal of building a more resilient city in the process,” Gloria added. “It’s not enough to get things back to normal. Normal wasn’t and won’t be good enough.”

Gloria spoke of working together and of amplifying the voices of every San Diegan.

“If we dream big, work together and believe in San Diego, we can accomplish anything. We will change the narrative -- not just for the privileged few, but for everyone -- especially those who have traditionally felt unheard,” he said.

“It’s the dawn of a new era. We will recover and build back better and stronger from COVID-19,” the mayor continued. “We will stand up for workers and create good-paying, local jobs that bring neighborhood improvement to all corners of our city.”

“We will center racial justice and equity not just in public safety but in everything we do recognizing that Black Lives Matter,” said Gloria.

The mayor also vowed to “fully and faithfully” implement San Diego’s climate action plan “to ensure that the city that we love is here for generations to come.”

“I believe in us, San Diego,” Gloria said, speaking to the city. “I know who we are and who we can be. I am so proud to be the mayor of this great city but I’m even more excited about what we can accomplish together. Because together, I know we will build a San Diego for all of us.”

San Diego Mayor Todd Gloria discusses what his first 100 days in office will look like.

Gloria takes the reins from Kevin Faulconer, whose final day as Mayor of San Diego was Wednesday. Faulconer reflected on his 6-year tenure here.

Gloria's election ends a streak of Republican mayors (other than Bob Filner's embattled stint), with San Diego's City Council shifting to an even bigger Democratic majority.

The 73rd San Diego City Council was also sworn-in Thursday at the city’s ceremony. Those faces were:

Gloria and the new city council will face a lot of challenges as they take office, including the coronavirus pandemic and the largest budget deficit in city history, largely due to the pandemic.

There’s also the affordable housing crisis and tension over police reform and racial inequality, just to name a couple more challenges. Faulconer set the stage during his tenure on issues like homelessness, city infrastructure, and climate change, and Gloria will take those on, too.

As Elliott was sworn in Thursday, she was confident in Gloria's abilities to lead the city.

"I worked with our new mayor, Todd Gloria, when he served as interim mayor in 2013," Elliott said. "I saw him lead the city through a time of crisis, and I know he shares my commitment to protecting public health and safety, promoting equity and ensuring the sustainability of our city. I'm ready to get things done with you, Mr. Mayor."

Democrat Todd Gloria took an early lead against his challenger Barbara Bry and appeared ready to take the title in his speech to supporters tonight.

Gloria said that throughout his campaign for mayor, San Diegans made their priorities “abundantly clear,” and he plans to set his agenda accordingly.

Gloria sat down with NBC 7 last month for his first one-on-one interview since winning the 2020 election. Here's what he had to say.

Also, to learn more about Gloria's leadership team as he fills the city's top role, read this story.

Due to pandemic-era safety guidelines, the inauguration ceremony was held virtually. The City of San Diego streamed the ceremony live here. 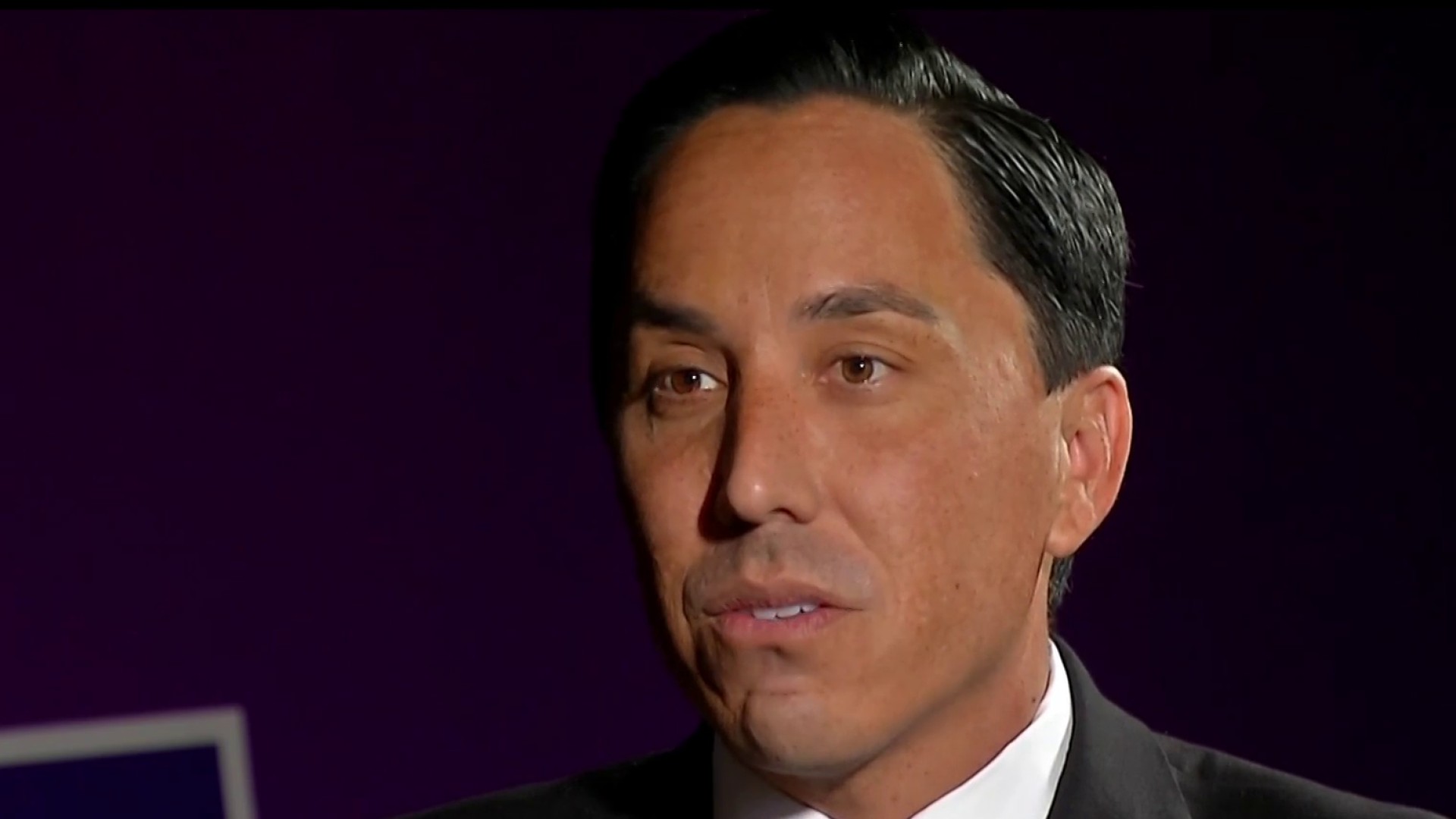 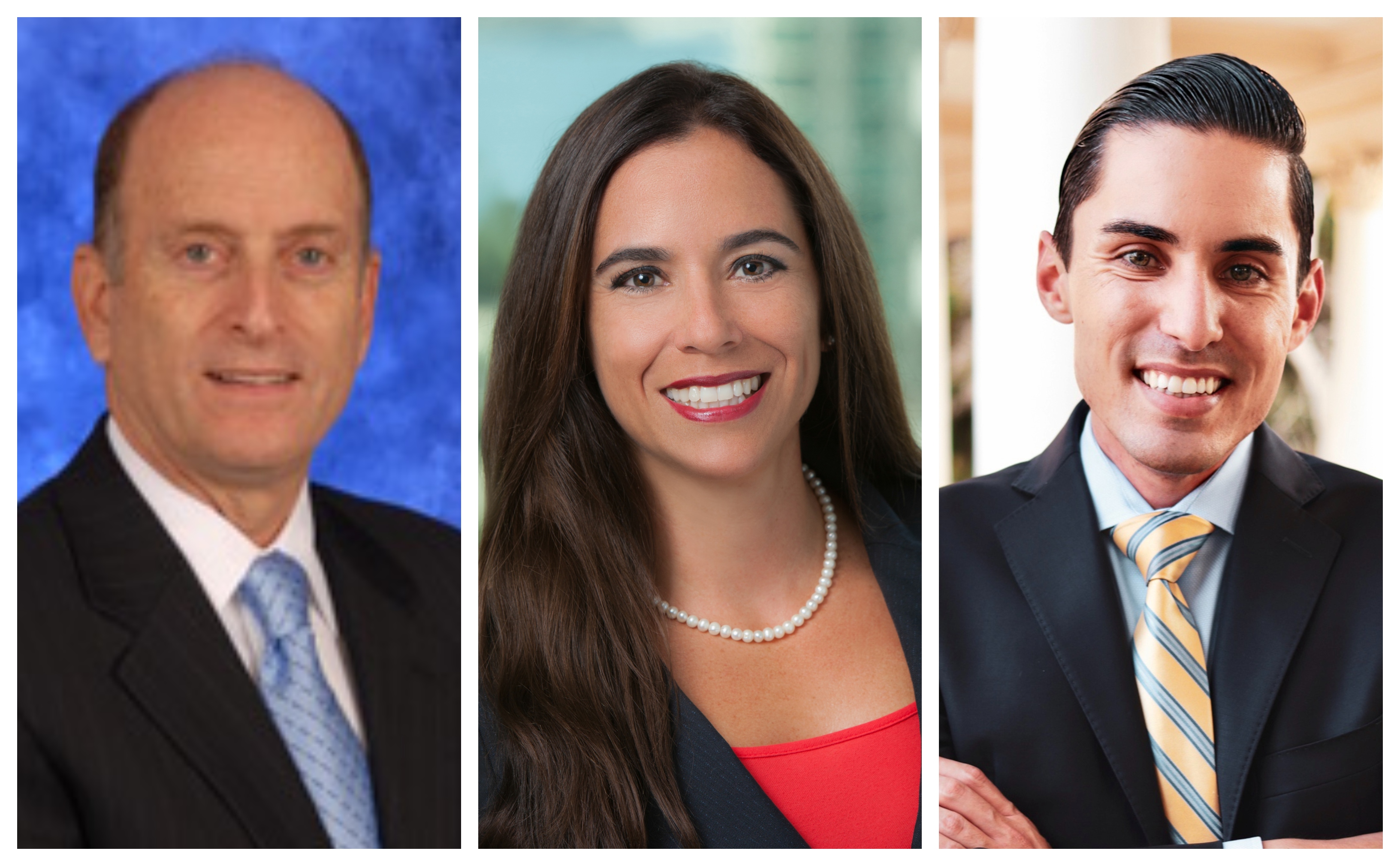 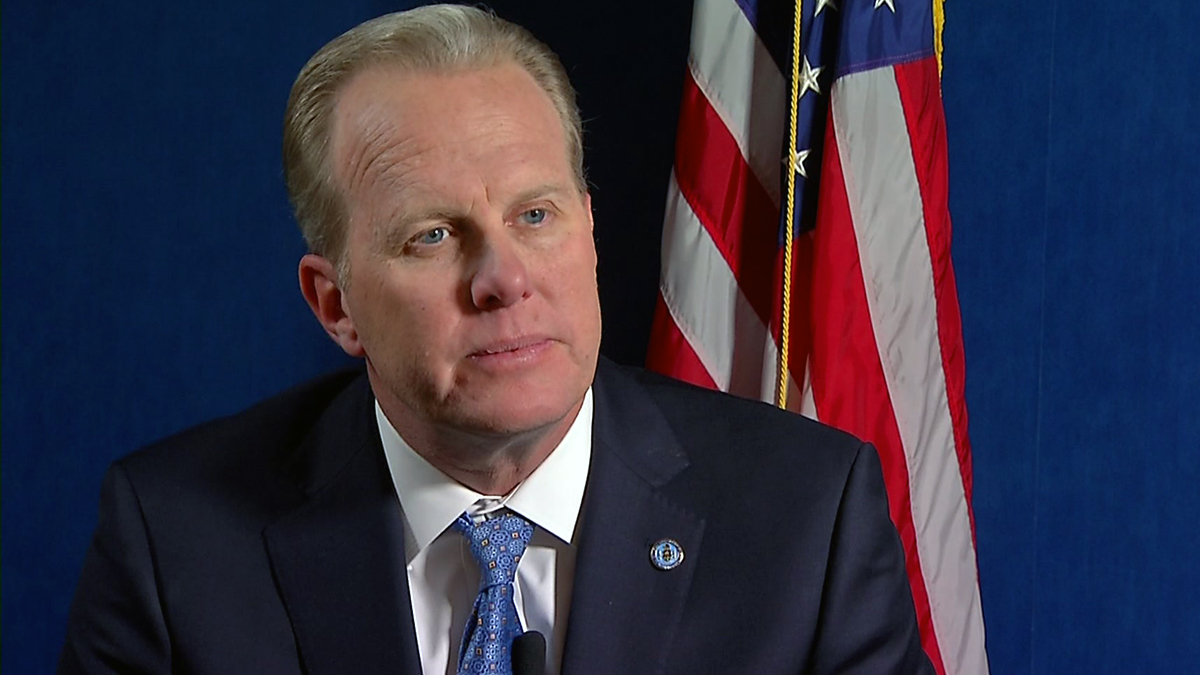 On Mayor Faulconer's Last Day, a Look Back On His 6-Year Tenure