NBC 7 Investigates found that local employers cited by the state for COVID-19 violations include two hospitals, an assisted living home for the elderly, and an elementary school district in the South Bay.

Several San Diego-area employers face tens of thousands of dollars in potential fines after the state alleges they had violated COVID-19 infection prevention protocols: putting employees, and in some cases, the public at risk.

The California Division of Occupational Health and Safety or Cal/OSHA -- the agency tasked with policing employee safety across the state -- issued the citations and potential financial penalties based on the severity of the violations discovered.

NBC 7 Investigates found that local employers cited include two hospitals, an assisted living home for the elderly, and an elementary school district in the South Bay.

Sharp Mesa Vista Hospital in Kearny Mesa was issued a citation for four “serious violations” dating back to last August. The hospital could have to pay up to $54,000 in possible penalties.

According to Cal/OSHA, the inspections occurred after a complaint submitted with the state.

Some of the violations listed in the citation include not ensuring face masks were worn by non-healthcare employees and by people entering the building or effectively training employees on COVID-19 prevention.

The citation also lists 14 instances of the facility not establishing COVID-19 procedures or plans on what to do in the event of an exposure, plans for employees if they’re exposed, and another instance of failing to have “surge procedures.”

Sharp HealthCare said it has corrected the issues identified by the state and plans to file an appeal.

“The reported violations are from issues identified during a site visit by CalOSHA to Sharp Mesa Vista in August 2020. These issues have been corrected,” Sharp said in a statement to NBC 7. “Sharp HealthCare received notification of the fines this month, and we are in the process of appealing.”

The statement added that “Sharp has had COVID-19 protective measures in place at all times since the start of the pandemic, and we believe our staff members have been consistent in following them."

St. Paul’s Episcopal Home and Health Care Center -- an assisted living and memory care facility in Bankers Hill -- was issued a citation for two violations that inspectors discovered during a site visit last November. Potential penalties for the violations add up to $23,000, including fines for one “serious” violation.

The state said the inspections were “accident-initiated.”

Cal/OSHA investigators allege St. Paul’s “failed to immediately report to the Division the serious illness of an employee who fell ill of COVID-19 that occurred at the workplace or in connection with the employees' work.”

According to the citation, that employee was hospitalized from August 30, 2020, to September 13, 2020. But, the citation notes, St Paul’s staff did not report the illness to the state until five days after the employee was discharged from the hospital.

In addition, the citation states the facility failed at ensuring face masks were worn by kitchen employees, failed to train employees on COVID-19 prevention plans effectively, and did not “provide training and instructions for supervisors to familiarize themselves with the safety and health hazards including, but not limited to COVID-19, to which employees under their immediate direction and control may be exposed.”

St. Paul’s CEO said they plan to appeal the citation and that they were ahead of the curve when it came to mandating specific COVID-19 safety requirements.

“Throughout the pandemic, St. Paul’s Senior Services mandated the use of personal protective equipment and instituted effective screening and safety precautions to keep residents and staff safe resulting in minimal infection,” said CEO Ellen Schmeding. “In fact, St. Paul’s mandated the wearing of face masks in all departments weeks before the State mandate was put in place.”

Schmeding said, “Regarding CalOSHA’s alleged violation, St. Paul’s Senior Services is in the process of an appeal as they do not agree with the findings.”

Some of the violations Cal/OSHA discovered across the state were not considered serious.

Kaiser Permanente Zion Medical Center in Grantville was issued a citation listing three violations involving COVID-19 safety training for employees. The hospital could owe $1,535 as a possible penalty for the violation.

According to state investigators, up until August of 2020, the hospital gave Kaiser Permanente staff N95 respirators treated with a chemical agent, rendering them unapproved by federal standards. The citation also notes that the facility “failed to effectively establish and implement written procedures to limit reuse of N95s” among staff.

A spokesperson for Kaiser Permanente issued a sharp critique and opposition to the state’s findings.

“Each of these citations is in the process of being appealed by Kaiser Permanente and are not considered final determinations. Unequivocally, our medical centers are safe places to work and receive care.”

Among the employers cited was the Chula Vista Elementary School District for a COVID-19 safety training violation. The proposed financial penalty by Cal/OSHA is $700.

According to the citation, inspectors found during a site visit on November 19, 2020, the district did not conduct sufficient training for school employees on COVID-19 prevention, symptoms, or a plan to control and prevent transmission.

The district said the state inspection occurred after an unknown individual “expressed  concerns regarding the District’s mitigation of occupational hazards.”

“The inspector was very complimentary of the District’s current strategies in reducing the risk posed by COVID-19,” spokesperson Anthony Millican said.

Millican said the citation centered around two issues. Issue number one, the district said, was that it did not have proof that some employees received copies of the district’s Injury Illness Prevention Program (IIPP) upon their initial employment. But the district said some of these employees began work 10 to 25 years prior.

Second, the district said it had created a COVID-19 safety training program for staff to complete in July 2020 but that a small number of employees had not completed the training.

Immediately after the inspection, an all-staff email was sent to employees with the most recent revision of the IIPP and posted to our District website,” Millican said in part. “The Chula Vista Elementary School District takes safety of our employees and students extremely seriously, and all issues brought forward by CAL/OSHA were immediately addressed.”

COVID-19 Inspections Across The State

In general, employers can appeal the determinations with the Occupational Safety and Health Appeals Board. Together, the state and employer can reach a settlement on fines, or the board can modify the final determination of violations.

A spokesperson for Cal/OSHA said, “If an appeal is filed, an Administrative Law Judge from the Occupational Safety and Health Appeals Board will hold a settlement conference and also a hearing if there was no settlement. If a hearing is held the ALJ will issue a decision that may uphold or modify the citation categories and penalties.”

Cal/OSHA issued its first coronavirus-related citation last August, and since then, it has issued potential fines for approximately 200 companies totaling more than four million dollars.

The violations state inspectors found the prison failed to effectively control and keep people safe from diseases like the coronavirus.

A spokesperson for the prison said it has since “made many improvements and already remedied several of the citations... to ensure regulations were met and concerns addressed expeditiously.”

Have a tip or story idea for NBC 7 Investigates? Let us know by clicking here. 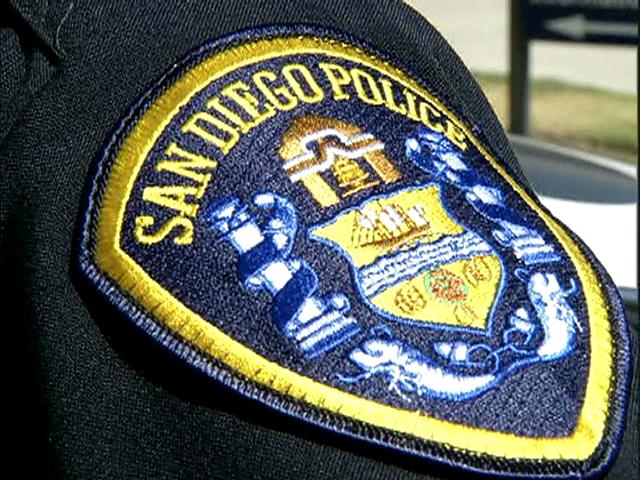 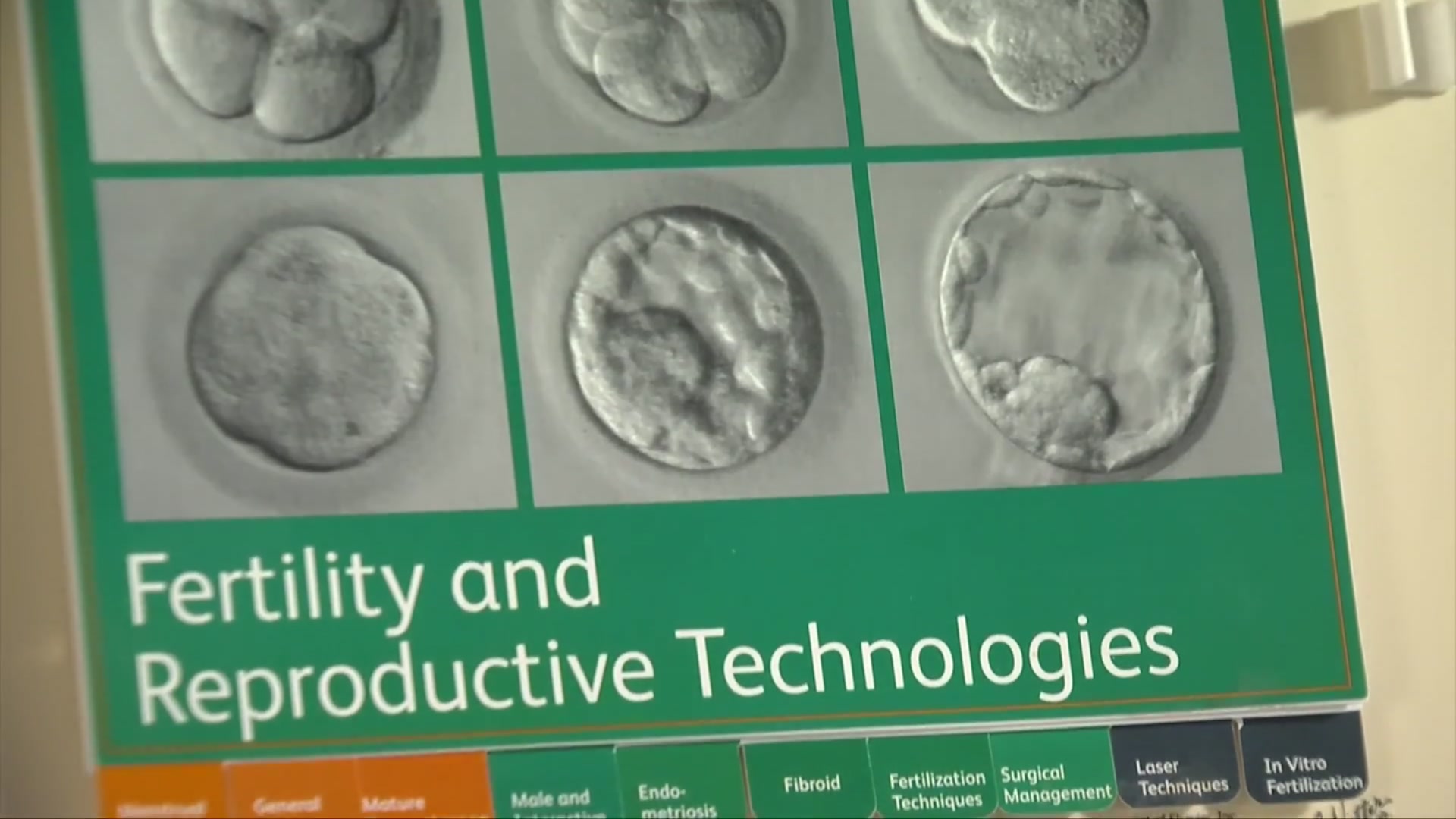