Kimberli Weeks loves running and loves dogs. So, Weeks took her two passions and combined them into one unique San Diego business.

The Fittest Dog is dedicated to providing regular exercise to dogs in order to keep them happy and healthy while giving owners peace of mind. Weeks is not trying to end the time-honored tradition of walking your dog, she just believes most dogs need more than a casual stroll.

“You need to take your dog for a walk I cannot stress that enough but having some additional exercise means your dog will live longer, have a better life, your vet bills will be lower, it’s crucial to dogs to get exercise,” Weeks recently told NBC 7 in between taking dogs for half-hour runs. 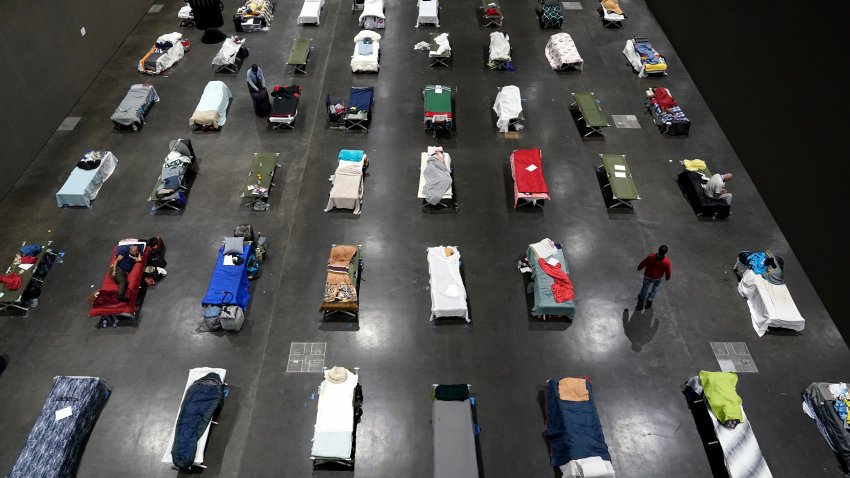 In addition to improving your dog’s fitness, Weeks uses running as a tool to help dogs that have anxiety, are afraid, are barkers or are aggressive with other animals and people.

“People don’t realize mental benefits of dog running. They calm down and become better, truer versions of themselves,” Weeks said.

Weeks has seen countless examples of where her efforts have made a huge difference in the lives of dogs and their owners. One, in particular, she recalled, really showed that her business was providing a valuable service.

“It wasn’t long before the dog owner came to me crying that I saved her dog through running and the dog has his confidence back and wasn’t barking anymore, that’s when I knew that this was something different and very special," Weeks said.

Over the years, Weeks has helped all sorts of dogs and owners, but in some cases, like with Susanne Stanford’s golden labradoodle names Sheba, it turns into something bigger, something more personal.

“She’s my best buddy, my unconditional love, she’s everything to me,” says Stanford when asked about what Sheba means to her.

For years, Stanford and Sheba took three miles walks each day, but Stanford is not able to do that anymore, due to what she calls some “bad things.”

Returning to work after coronavirus lockdowns isn’t just a big transition for you — it's also a big adjustment for your dog. Maya Jedlicka of Texas-based Cosmic Canine offers tips to prevent your dog from suffering separation anxiety when you start spending time away from home.

“I was diagnosed with bladder cancer and had to go through chemo and multiple surgeries, I went into stage 4 kidney cancer, and I also managed to fall on my head and have a stroke, so that left me with no energy, I couldn’t really walk from couch to bathroom without getting out of breath," Stanford said.

Despite her poor health condition, Stanford was concerned for Sheba so she reached out to The Fittest Dog and Weeks.

“I called her and said 'Help!' Since then she’s been running Sheba five days a week.”

Sheba may look like a princess but she runs like a beast. For Stanford one of the best parts of her day is when Weeks returns Sheba from her run.

“Sheba runs in as if to say, 'Hey, we did it!, then she goes crash and she’s out for a little while," Stafford said.

At 79 years old and battling a long list of health challenges, Stanford still has a dazzling personality and Sheba’s running has helped keep Stafford's spirits up through the difficult times.

The Fittest Dog helps pets in other ways, too. Take this, for example:

Years ago Sheba was attacked by a little white dog, so any time Sheba saw a little dog she would try to attack that dog, her owner said. But Weeks worked with Sheba to calm her and curb that attack mode.

“The difference is astonishing. She’s happier, I’m happier and all the little white dogs are happier too," Stanford said.

Helping little white dogs and any dogs or dog owners that need it, Kimberli Weeks and The Fittest Dog are running ahead, one dog at a time.