A San Diego man and his partner were the first male same-sex couple to be chosen for the ceremonial first kiss during the homecoming of submarine warship USS San Francisco.

Thomas Sawicki and his boyfriend Shawn Brier were the lucky couple chosen to share the first kiss off the ship as the fast-attack submarine reunited with its home port at Naval Base Point Loma Monday afternoon. Families lined the dock awaiting the arrival of husbands, sons, dads and brothers returning from a seven-month stint in the Western Pacific.

"Everyone was cheering for me when they announced it over email," Sawicki said. "Everyone was very excited, very supportive, very happy."

The seven-month WestPac deployment was the first for the couple. Sawicki's boyfriend said he was nervous.

"I don't want to screw it up and fall in the water or something," Brier said.

The American Military Partner Association, a support network for LGBT couples in the military, praised the choice as a milestone for "modern military families."

"Since the repeal of the discriminatory 'Don't Ask, Don't Tell' law, we've made tremendous progress as a community and as a nation in our pursuit of liberty and justice for all Americans," said the American Military Partner Association President Ashley Broadway-Mack. "Although we still have progress to make, moments like these remind us just how far we've come."

Dozens of other local families were reunited Monday afternoon as well. 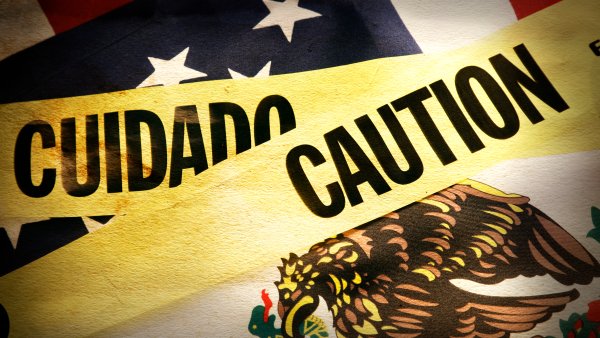 The Los-Angeles class nuclear sub has quite a history. After smashing into an underwater mountain at full speed in 2005, killing one and injuring 97 sailors, $134 million was spent to fix it before finding its home port here in San Diego.

It's the second oldest warship submarine in the fleet, according to the ship's captain, and it's due to be converted in a few years to serve as a training platform for newly recruited nuclear officers.