Friday's 19,009 confirmed cases outpaced numbers from the weekend published by the county on Monday. There were 17,507 new cases confirmed Saturday and 12,563 confirmed Friday, according to the county's report (Daily numbers are published Monday through Friday, with data complete through the previous day.).

With omicron causing record infections in the U.S., many are left wondering which COVID-19 test is most effective.

The county has averaged 39,963 tests per day over the last seven days. Of all those tests, 27.3% have come back positive.

The current surge generally mimics what San Diego and the rest of the country saw last winter. That surge, which kicked off in early November and didn't taper off until late January, pushed local hospital systems to their brink. This time around, local hospitalizations are trending up and hospitals are stressed, but capacity rates aren't triggering public restrictions like they were then.

According to the California Department of Health, the number of children hospitalized with COVID-19 is at its highest rate since the start of the pandemic. How worried should we be? And what should we be worried about? NBC 7's Rory Devine reports.

In the past 30 days, hospitalizations have more than double from 303 to 837. The hospitalization rate for unvaccinated COVID-19 patients is 1.20, four times higher than the .27 rate for fully vaccinated people, according to the county. 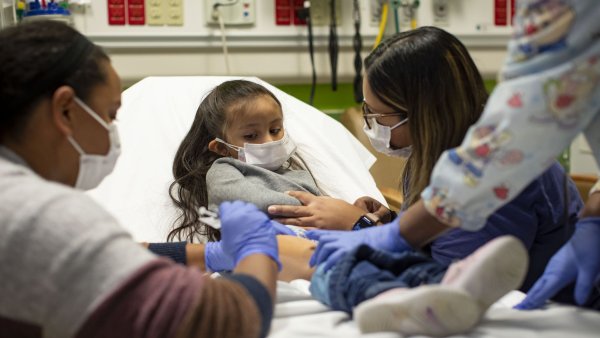 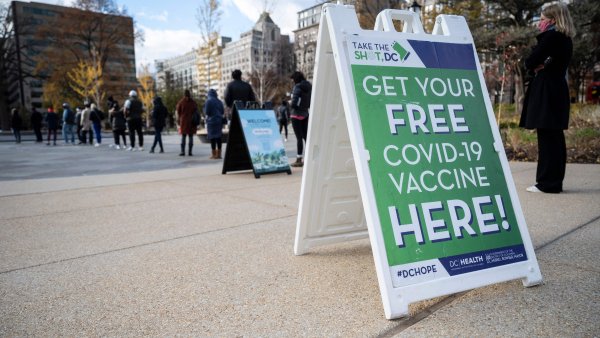 The first shipments of COVID-19 vaccines arrived in San Diego County in mid-December 2020 and by late April 1 million San Diegans had been fully vaccinated.

Hospitals are also dealing with staffing shortages due to health care workers getting swept up in the current surge.

NBC 7 checked the majority of the local health-care systems regarding staffing and received the following information as of Jan. 5:

NBC 7 did not hear back from Palomar Health and Kaiser Permanente.

"This is unprecedented," UC San Diego Health CEO Patty Maysent told NBC 7. "This is what we, from the health systems point of view, what we were always concerned about."

"I can guarantee you pretty much, right now, that as the ambulances are coming in, we don’t have the staff we’re supposed to have to be able to care for those patients," Van Gorder said.