The settlement transfers ownership of the properties to the city for around $132 million -- $86 million for 101 Ash and $46 million for CCP -- and refunds the city $7.5 million in profits Cisterra made in its lease-to-own deal with the city on the 101 Ash property. The deal allows Cisterra to keep its $6.2 million in profits from a similar deal with Civic Center Plaza. That refund will come in two payments this fiscal year. 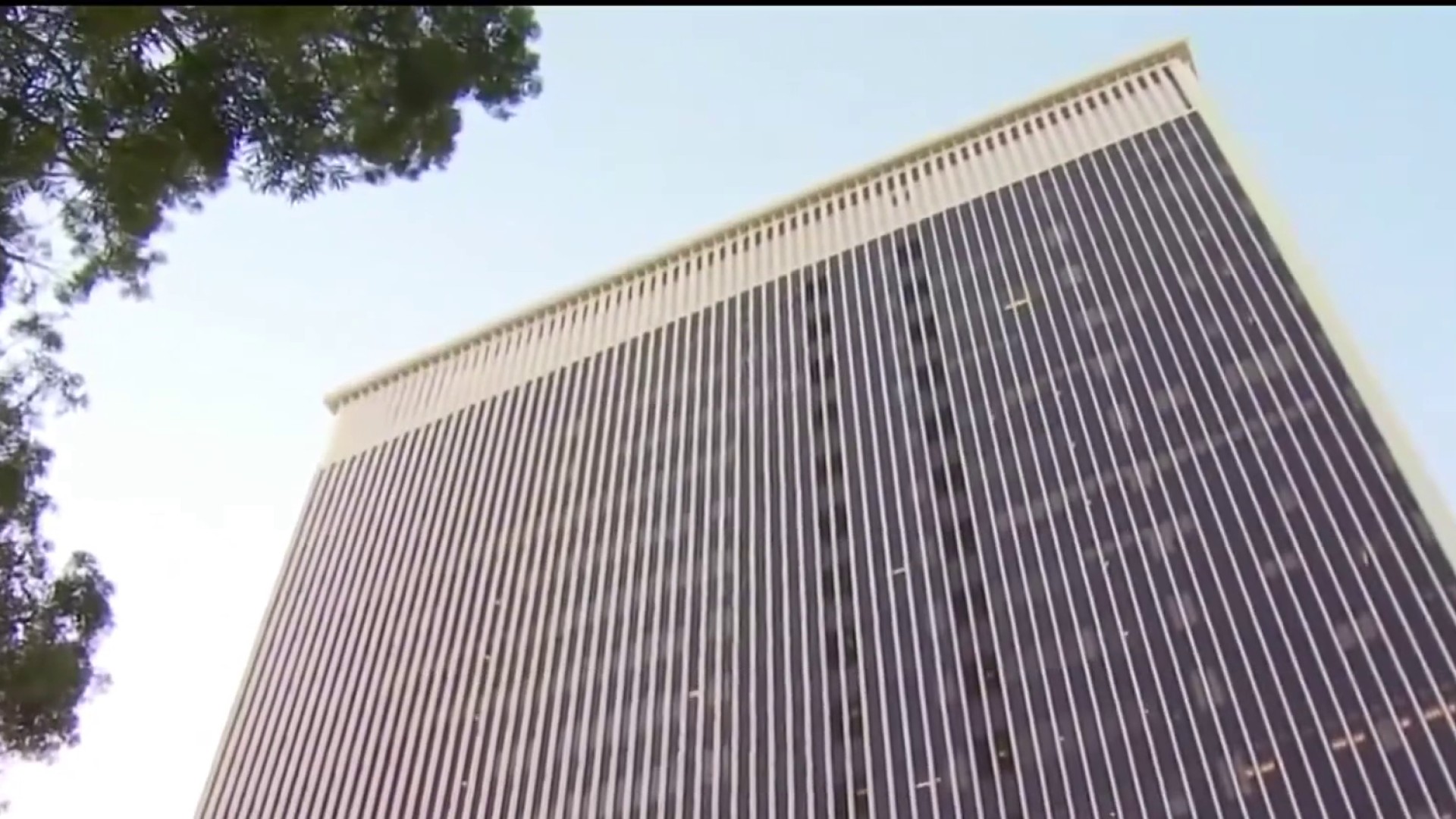 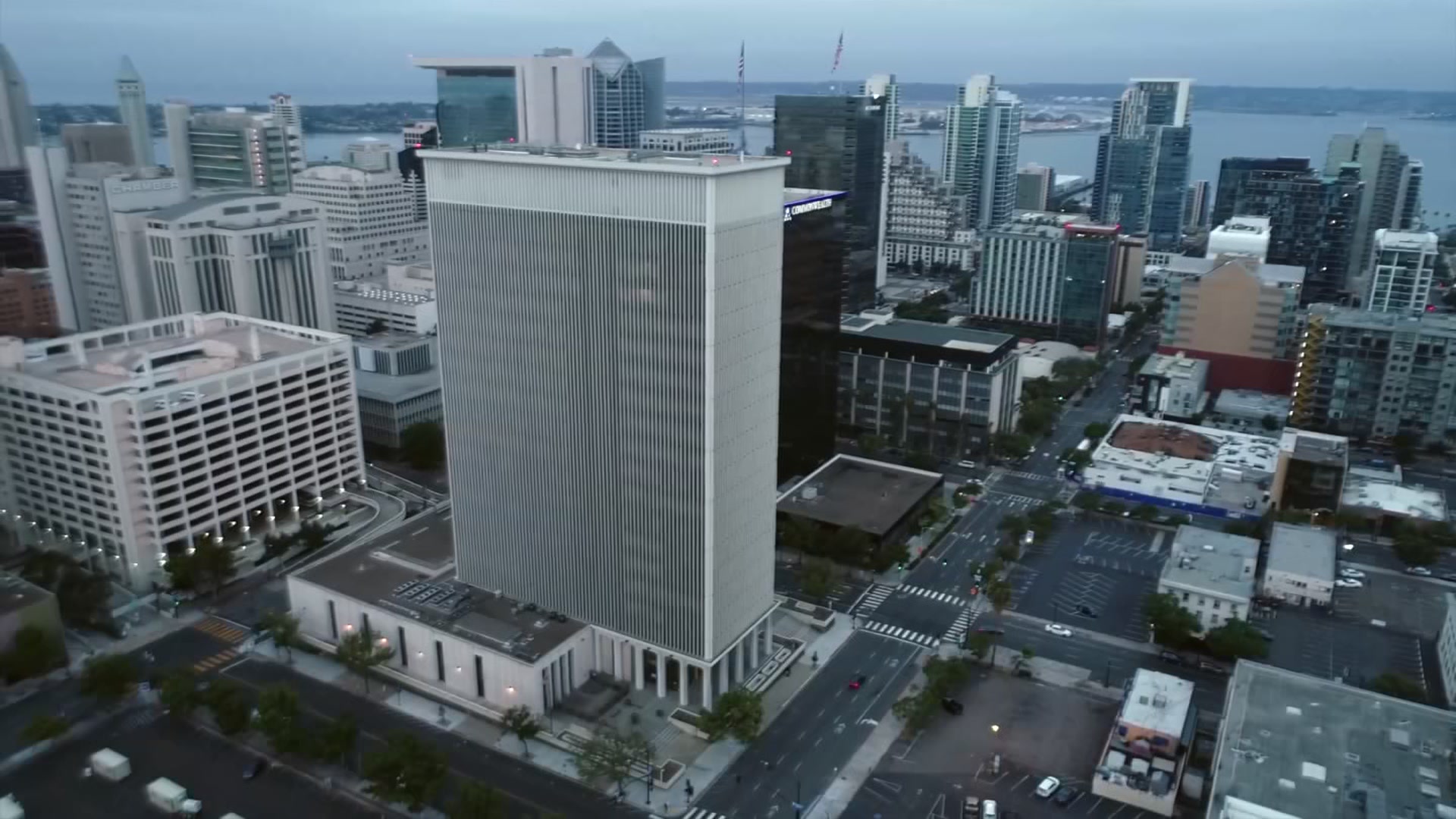 "This was not a decision my administration took lightly, but we came to this resolution after years of audits and investigations made it very clear that continuing litigation could never result in a perfect outcome for the city or its taxpayers," Mayor Todd Gloria said. "This settlement was the product of 18 months of mediation that enables us to fully exit an unfortunate business deal and gives us the certainty we need to plan the future of our Downtown Civic Core."

City Council President Sean Elo-Rivera added a clause to the action Tuesday to have city staff return to council by Oct. 31 for discussion on future development in the city core -- including 101 Ash, Civic Center Plaza and City Hall.

"We can separate ourselves from these bad actors and never do business with them again," City Council President Sean Elo-Rivera said. "And we send a message that if anyone does wrong by us, they become persona non grata."

The settlement passed 6-3, with several council members saying it gave too much to the companies after what they described as a bad business deal. Councilwoman Vivian Moreno derided the city paying more than $80 million for a building that she said -- factoring in true valuation and remediation costs -- is worth next to nothing.

"This is not a settlement, this is a capitulation -- an admission of defeat," Moreno said. "Long after this council and mayor are gone, San Diego taxpayers will be paying for this decision."

In the settlement, CGA will waive the "yield maintenance fee" of $11.7 million. The fee is a type of prepayment fee that borrowers pay to lenders to compensate for the loss of interest resulting from the prepayment of a loan or the calling in of a bond.

Mayor Todd Gloria has announced a plan for the 101 Ash Street real estate debacle that would allow the city to buy both the Ash Street building and Civic Center Plaza, reports NBC 7's Priya Sridhar

When employees began moving into the 101 Ash building following a 2017 lease-to-own deal, it was discovered that the property was unsafe for human occupation due to asbestos. Initially, city staff during Mayor Kevin Faulconer's administration described the building as needing $5 million worth of repairs and retrofitting. The bill has already exceeded $26 million by 2020, and an independent review conducted after the deal was inked estimates $115 million more will be necessary -- $136 million more than staff presented to council.

Gloria and Jay Goldstone, the city's chief operating officer, said that while some might have liked to pursue litigation against Cisterra and CGA "to the bitter end," the gamble of paying millions of dollars over the course of the next five to 10 years while the case and its appeals make their way through the courts -- with the potential to lose and be on the hook for many millions more -- was not a palatable one.

San Diego City Attorney Mara Elliott urged the City Council to reject the settlement. A report from the office states that the settlement proposal "presents several significant disadvantages to the city and does not adequately protect the city's legal and financial interests."

Elliott believed the settlement does not serve the city residents and had hoped "Cisterra's building will be Cisterra's problem," while hoping to shift focus and energy toward an upcoming court case in the matter this winter.

Among its objections, the City Attorney's Office contends the agreement will allow Cisterra to retain its profits -- which the report characterizes as "ill-gotten gains," that the settlement does not offer a cohesive plan for using the 101 Ash building going forward, and that the settlement precludes the city from pursuing further legal actions against Cisterra or CGA even if other alleged law violations are discovered in the future.

Under the settlement, the city is responsible for all remediation fees to get the building habitable but would be entitled to all insurance or third-party reimbursement related to previously botched remediation of 101 Ash under the settlement and would "be able to determine the best course of action to garner the most value from building."

On Tuesday morning, attorneys representing San Diego taxpayer John Gordon sought a temporary restraining order that would have prevented the council from approving the settlement and blocked what Gordon's attorneys characterized as an "illegal expenditure" of city funds.

Gordon originally sued the city in 2020 to void the Ash Street lease, alleging the transaction was illegal because it was not put to a public vote. The attorneys argued in their latest filing that using $86 million from the city budget to buy out the 101 Ash Street lease would hurt San Diego taxpayers and leave "gaping holes for what was budgeted for parks, streets, improvements, sidewalks, and other services city residents need."

Jason Hughes -- a real estate broker who collected nearly $9.5 million for consulting work on the two leases -- can still be a party in litigation, even though the city approved the settlement with Cisterra and CGA.

The City Attorney's Office alleges that Hughes represented himself to be a "special volunteer for real estate services" who was negotiating the building deals on the city's behalf for free "out of a sense of civic duty." But the city contends in the lawsuit that he was actually earning millions of dollars without notifying the city -- an allegation Hughes' lawyers vehemently deny, insisting that multiple city officials were told of Hughes' compensation arrangements.

Hughes' attorney, Michael Attanasio, said in a statement that Hughes' intention to receive compensation was disclosed at the time to a half-dozen city officials. He called the settlement a retreat by city officials.

"Jason Hughes is not a party to any settlements involving 101 Ash Street or Civic Center Plaza for one simple reason," Attanasio said. "He had written approval to be compensated in a formal agreement signed by the most senior real estate official in the city of San Diego, Cybele Thompson. This signed authorization is the only written agreement Mr. Hughes ever had with the city. Mr. Hughes also disclosed his intent to be compensated on lease-to-own transactions to five other senior city officials, including the then-Mayor, his chief-of-staff, the city's CFO, and the city's Deputy COO, who oversaw the city's real estate department.

"Mr. Hughes did nothing wrong, and the city's ongoing attempt to damage his reputation and to harm the San Diego company that he built should be seen for what it is -- a cynical attempt to divert attention from the city's own failings. Mr. Hughes looks forward to his day in court and a fair review of all the facts."

District Attorney Summer Stephan filed a motion in Superior Court on Thursday asking a judge to let her prosecutors use evidence seized from Cisterra Development and Hughes as part of a criminal probe into the city's acquisition of the two properties.

"The best evidence of a conspiracy to commit a crime is communication between the parties," wrote Deputy District Attorney Hector Jimenez in the motion. "The District Attorney's Office will contend the parties cannot prove the expansive privileges claimed exist."

How did city council members feel?