Donald V. Moncrief, a 6-year veteran of the police department, was never arrested or charged with the February 2013 incident

A woman who says a former SDPD Officer Donald V. Moncrief groped her in a patrol car while he took her to Las Colinas Detention Facility will be paid a quarter of a million dollars. Another two women who brought charges against former Officer Christopher Hays will split more than $1.3 million.

Councilmember David Alvarez, who voted against the payouts, issued the following statement in response, “I did not vote in support of this settlement because this is simply not an issue we can continue to sweep under the rug.

"The actions that led to this settlement sicken me, and if I was at liberty to talk about them, I think the public would agree we need to face this problem head on and hold management accountable.” 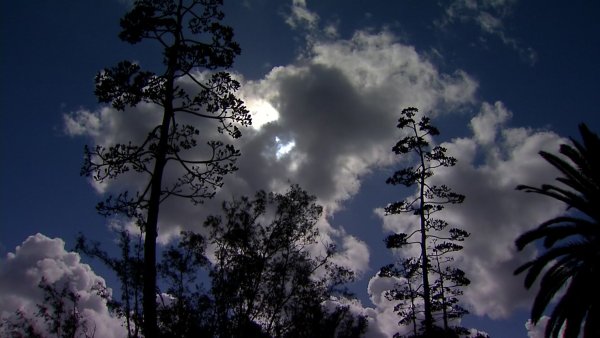 But SDPD Lt. Scott Wahl said Chief Shelley Zimmerman was already worked to hold her officers accountable, going as far as firing those who cannot uphold their standards and rolling out body cameras for all officers.

"Chief Zimmerman has tackled issues head on and has not swept anything under the rug. From Day One she has brought reform to this organization and has implemented a culture of excellence. It starts with her as the Chief of Police all the way through our newest recruit and our entire civilian staff," Wahl's statement said in part.

The City Attorney's office recommended the settlement payment to the alleged victim of Moncrief.

Moncrief, a 6-year veteran of the police department, was never arrested or charged with the February 2013 incident. The victim was a suspect arrested at the U.S.-Mexico border in a gang-related auto theft.

In a federal lawsuit filed against the city, the woman alleges Moncrief touched her inappropriately while she was handcuffed in the back of his patrol car.

The woman's attorney, Dan Gilleon, said this case was difficult because unlike other SDPD misconduct cases, his client was the only alleged victim of Moncrief. Similar to the other cases, though, she does have a criminal background.

"She grew up in a very gang-infested area, and there are certainly some issues with prior drug abuse, and the people she would hang out with were very questionable characters," Gilleon said.

Gilleon claims Moncrief chose his victim because he didn't think anyone would believe her because of her extensive criminal history and drug problems.

"It's difficult sometimes when these officers are savvy and they are selective in who they hurt," Gilleon said. "I think Moncrief knew he could get away with it because if she ever says 'Hey, you won't believe what this guy did to me.' He's going to say, 'Who are you going to believe? Me or her?'"

The District Attorney's office declined to file charges against Moncrief because investigators had insufficient evidence.

"As with any case, whether it is a police officer or not, we can only file charges when we believe we can prove them beyond a reasonable doubt," said DA Public Affairs Officer Tanya Sierra.

In late April 2014, Moncrief filed a claim against the city seeking damages for defamation, among other things. That claim has not yet been settled.

Gilleon said his client passed a lie detector test, while Moncrief did not take one.

Another two women brought allegations against Christopher Hays, which led to his conviction of misconduct on the job.

Hays pleaded guilty to felony false imprisonment as well as misdemeanor counts of assault and battery under the color of authority by a peace officer on Aug. 22, 2014.

Hays’ case put the SDPD under fire, further marring the department’s image, which has faced a wave of public scrutiny for quite some time.

When news broke of the alleged sexual misconduct crimes, then-Chief William Lansdowne ordered an outside audit of the police department from the U.S. Department of Justice. Lansdowne’s successor, Chief Shelley Zimmerman, supported the audit.

“We are not going to tolerate this misconduct and betrayal of our badge and our profession,” Zimmerman said in March 2014.

Former San Diego police officer Anthony Arevalos is currently serving prison time for multiple felony counts of sexual battery, assault and asking for bribes while in uniform as a police officer patrolling the Gaslamp from 2009 to 2011.

On Sept. 25, 2014 attorneys and city officials announced that a San Diego woman who was victimized by Arevalos will receive $5.9 million in a legal settlement negotiated between the victim and the City of San Diego.

The woman, known only as “Jane Doe,” filed a claim of police misconduct after an interaction with then-officer Arevalos inside a 7-Eleven store bathroom on March 8, 2011.

According to prosecutors, the corrupt cop conducted a routine traffic stop on Jane Doe and then suggested the two of them go into the nearby convenience store. The two entered the restroom with the agreement that she would give him her panties, and in exchange he would not charge her for a DUI.

Jane Doe's lawsuit was one of 13 filed by victims of Arevalos, who was convicted in November 2011.