The San Diego Chargers are scheduled to meet Monday with representatives from a San Diego Citizens group to discuss proposals for a new NFL stadium downtown.

The meeting will involve the Chargers and a group called the Citizens' Plan, which will be represented by Attorney Cory Briggs and Donna Frye among others.

The focus will be to set up a hotel room tax system to pay for Convention center expansion and possibly a Chargers stadium in Mission Valley. 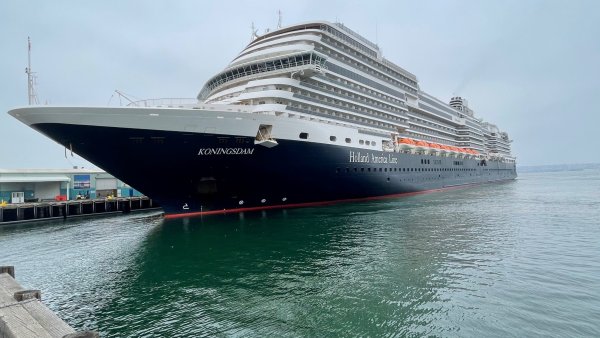 Port of San Diego 1 min ago

Holland America to Talk Return of Cruises to San Diego

The Chargers recently released the 110-page initiative they hope to get on the November ballot.

San Diego voters got their first look at the San Diego Stadium Initiative - the team's proposal for a new stadium on a 12-acre site in the East Village. The parcel of land is located between K Street and Imperial Avenue and between 12th Avenue and 16th Street.

The project "requires a private sector contribution of $650,000,000 be provided for the Stadium and that a covenant an d agreement be secured requiring a professional football team leasing the Stadium to agree not to relocate for a period of 30 years."

The hybrid stadium and convention center facility presents a tricky set of logistical and environmental challenges.

An MTS bus yard will need to be acquired, relocated and the underlying property “remediated” of residual pollution.

An historic building – the old Wonder Bread factory that now houses Mission Brewery – will also have to undergo the same process.