America’s Finest City is now home to its own cat café, the first in Southern California.

The Cat Café officially opened Jan. 5 at 3rd and Island. So far, it’s been attracting customers like catnip. Even at 2 o’clock on a Wednesday, there was a line the length of the building. 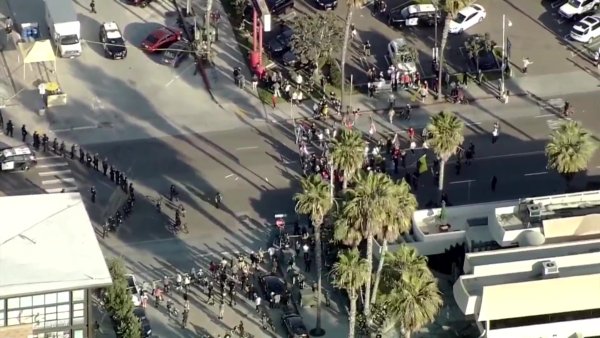 Here’s what the Cat Café is like: The entrance leads you to a narrow coffee counter where a barista will whip up your favorite caffeinated beverage. (Wang requires a purchase in order to spend time with the cats.) Then, you’ll pass through two doors before entering the cat room.

If you fancy felines, the cat room is like paradise. Simple table and chairs line the room, but most patrons prefer to sit on the carpet with the cats. There are several cat trees and plenty of toys, though the stars of the show seemed more interested in napping than playing Wednesday afternoon.

The cats are courtesy of the San Diego Humane Society, and all are up for adoption. So what does it take to be a Cat Café cat? Humane Society staff look for social kitties who have lived with other cats and are comfortable being handled.

Aimee Hebert with the Humane Society say potential adopters can see a cat’s personality better in an open environment than in a cage.

“It’s so nice to see them out. They can run around and be normal,” Hebert said.

One example is Butterball, an orange and white tabby and the first Cat Café cat to be adopted.

“He was tagged as ‘shy’ by the Humane Society, but here, he blossomed,” Wang said.

Since opening, seven cats from the café have been adopted.