The calf named Parvesh was born on Feb. 25 but spent the last couple of months alone with his mother

An adorably armored zoo baby strutted his stuff into the San Diego Zoo Safari Park for the first time Thursday.

With his not fully developed horn held high, the rhinoceros calf named “Parvesh” seemed excited to explore his 40-acre Asian Plains habitat, according to zoo officials.

The nine-week-old male ran with just a few stumbles as he tried to keep up with his mother Alta, who gave birth to Parvesh on Feb. 25.

The two have spent the last couple of months in a protected area inaccessible to the other animals so they could properly bond. 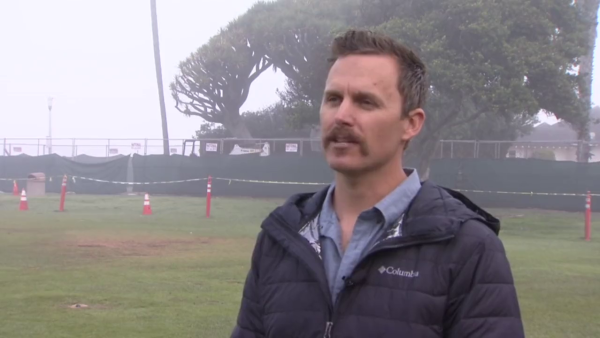 ‘I Pray to God': SDFD Firefighter Has Little Faith His Religious Vaccine Exemption Will be Approved

As the dominant female of the herd, Alta introduced Parvesh to the other rhinos, including his 2 ½-year-old sister Charlees.

Parvesh, which means the “lord of celebration” in Hindi, is the 66th greater one-horned rhino born at the park since 1975.

His species were once found across Southeast Asia, but now they can only be found in Nepal and India. They are listed as an endangered species by the International Union for Conservation of Nature, with an estimated 3,250 greater one-horned rhinos remaining in the wild.

Zoo officials said the Safari Park is the foremost breeding facility in the world for the rhino species.