Including the familiar rainbow colors, the Progress Pride Flag also includes black and brown stripes to signify the LGBTQ+'s racial diversity and a chevron of the transgender colors

For the first time in history, the city of San Diego placed an inclusive Pride flag outside City Hall on Monday in celebration of and solidarity to the LGBTQ+ community.

San Diego Mayor Todd Gloria, who is the first openly gay man elected as mayor of America’s Finest City, was joined by prominent advocates of San Diego’s LGBTQ+ community and civic leaders for the momentous occasion. They commemorated the display of an inclusive Pride flag that honors the community’s Black and Brown members as well as transgender members.

“We’re raising the first ever Pride flag over City Hall,” Mayor Gloria beamed. “It is the most inclusive format of our Pride flag. Many are familiar with the traditional rainbow flag but in recent years, it’s been modified to include black and brown stripes to include the racial diversity of our community as well as the chevron that represents the transgender community.” 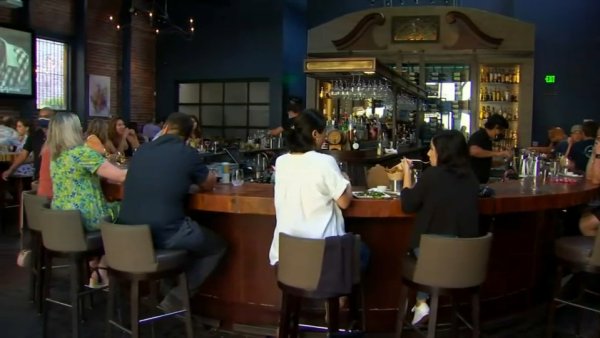 “Part of our community’s strength is diversity and this flag shows all of that diversity, which is really what Pride Month is about,” Gloria said.

Participants of Monday’s press conference reflected on the difficulties and marginalization the LGBTQ+ community has faced and overcome in the past few decades, and they spoke about moving forward and continuing to tackle ongoing challenges.

“We think about sort of mixed emotions -- the many people who have gone before us who have made great sacrifices, some literally with their lives, and others with a lifetime of struggle against bias and prejudice,” said Sen. Christine Kehoe, who was San Diego County’s first openly LGBTQ-elected official in 1993.

In previous years, City Hall had a Pride flag raised inside its lobby, but local leaders said placing the inclusive flag outside for all to see is a better depiction of support. The flag will fly outside the building until Aug. 1 when LGBTQ+ Pride Month concludes.