After a shooting that occurred Thursday night in the Gaslamp Quarter in which one man died and four other people were shot, San Diego Police said they have increased patrols in the area.

“With an area that has such a high alcohol tolerance, it does make me feel a little bit better to see somebody there at least to break things up before it escalates again, so that does help,” said Amanda Judd, who is visiting from out of state.

SDPD told NBC 7 residents can expect to see more officers in the area for the next several weeks. 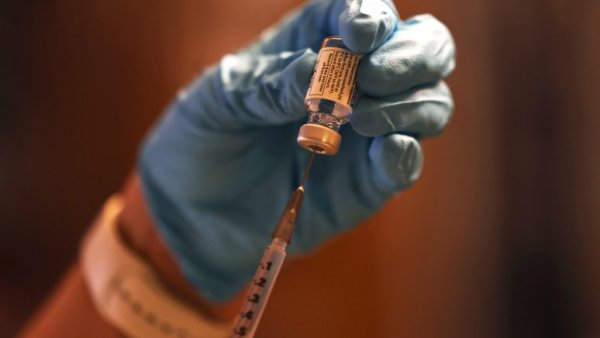 “We want our visitors and our residents to know they are safe in our community so we will be out there proactively working to stop any events like this before they happen,” SDPD Chief David Nisleit said in an afternoon briefing.

Flowers now rest outside the hotel where a gunman killed a 28-year-old valet. People NBC 7 spoke with saddened by Thursday nights tragedy aren’t afraid to be here.

Leon Halbert -- is from St. Louis-- visiting his daughter and son-in-law for the first time in over a year.

“I feel pretty comfortable. I’m relaxed and we’ve been walking around for a couple of hours tonight and everything’s quiet and calm and seems like a really nice area. So, come on out and enjoy yourself,” Halbert said.

“Whatever you’re comfortable with, just knowing the police is here would give you peace of mind, so if that works for you then go ahead and come on out, if not, it’s understandable,” he said.

Investigators believe Travis Sarreshteh, a 32-year-old downtown resident, was unprovoked in the shooting, which they referred to as an isolated incident.

Sarreshteh was first captured by two good Samaritans, Nisleit said on Friday, who were then joined by a third person, before officers arrived and struggled to take him into custody, eventually Tasering him before being able to do so.

Sarreshteh has been charged with murder and four counts of attempted murder.