A packed house got to celebrate hoops history at Point Loma.

For the first time in program history Point Loma is headed to the NCAA Division II Elite Eight.

NBA prospect Daulton Hommes was the difference in a close ball game. The six-foot-eight-inch guard hit key three-pointers in the second half to briefly make it a double-digit game. He added another with a little over four minutes left to keep Saint Martin's at arms length.

Sea Lions are on to the Elite Eight. pic.twitter.com/hYk2GAnqMc — Darnay Tripp (@DarnayTripp) March 19, 2019 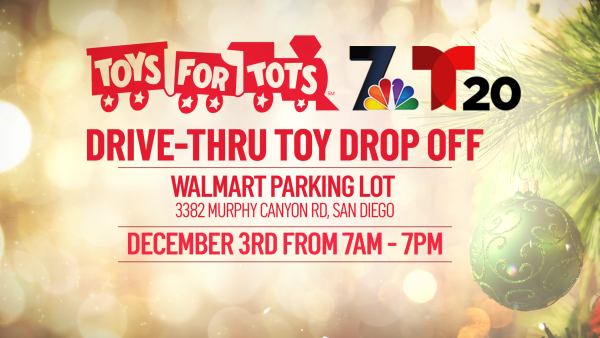 Following the Toy: An Inside Look at Toys for Tots 2021

Hommes finished with 25 points. Forward Ziggy Satterthwaite added 15 points, and hit key buckets at the end of the first half to give the Sea Lions a 30-24 halftime lead.

Ryan Looney's program now heads to Evansville, Indiana for the Elite Eight. They'll play for a spot in the Final Four on March 27th.