The judge described the violent attack in which the dogs chewed through the victim’s skin, fat, tissue, ligaments, muscle and bones

The husband of a San Diego woman whose limbs were nearly torn off in a pit bull attack asked a judge to make sure the dog’s owners suffer too.

Emako Mendoza, 75, was attacked June 18, 2011 when she stepped outside her home to get the newspaper.

Her husband, James Mendoza, spoke through quivering lips as he described his wife’s attack at Monday’s sentencing.

The dogs' owners, Carla Cornelio and her mother Alba Cornelio, were convicted of involuntary manslaughter and death from a mischievous animal.

The Mendoza’s Paradise Hills home shared a side fence with the home where the pit bulls were kept. The dogs entered the yard through a hole in the fence.

James Mendoza recalled the morning when his wife of 55 years was blindsided by her neighbor’s large dogs.

Mendoza said his wife, who was barely 5-foot, had no way of getting away from them. “She had no one to help her,” he said.

Even with his years in the military, Mendoza said he had never seen anything like it.

“She was completely tore up,” he said. “All of her limbs were completely dangling, hanging.”

Judge Richard Whitney said it was clear to him that one of the dogs was trying to feed herself and was probably in desperation of hunger when she saw Emako Mendoza as a potential food source.

In his sentencing, the judge described the violent attack in which the dogs chewed through the victim’s skin, fat, tissue, ligaments, muscle and bones. 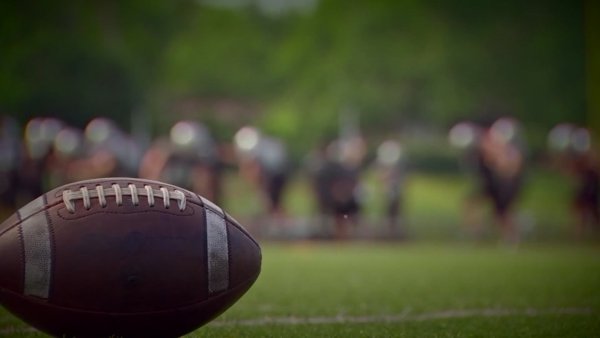 “All along, Ms. Mendoza was alive, screaming for her life,” he said.

“The amount of suffering that woman went through is beyond human comprehension.”

Emako Mendoza suffered a heart attack and her left arm and leg had to be amputated. While still hospitalized six months later, she died on Christmas Eve.

"She suffered so much, she just finally gave up," James Mendoza said.

“I hope they do some suffering just like my wife did,” Mendoza said of the Cornelios.

Carla Cornelioreceived the maximum sentence of four years in prison. She was also ordered to pay restitution to the Mendoza family. The amount of restitution was not yet determined.

Alba Cornelio was not sentenced Monday because she's suffering a number of medical issues.

The dogs were euthanized by animal service officers, along with their three-week old puppies.