San Diego resident Justin Gaspar holds it down at Hommage Bakehouse in Pacific Beach; he's one of the contestants competing on a new Hulu series that debuts on the streaming platform Oct. 7

A San Diego resident who runs a little bakery out of a bistro in Pacific Beach is one of the contestants competing in a new show on Hulu where he hopes to do his part to raise respect and understanding for the art of baking.

“One of my goals – at least for my career – is to be able to open up people’s eyes to the quality and time and effort that goes into not just baking a pastry or bread, but also food in general,” Justin Gaspar, head baker at Hommage Bakehouse in PB, told NBC 7. “I think we tend to undervalue what food really is, especially when we dine out. I’d love to do my part to change that.”

Gaspar is competing on Baker’s Dozen, a baking competition that debuts on Hulu on Oct. 7. Hosted by actress Tamara Mowry-Housley and former White House executive pastry chef Bill Yosses, the 8-episode series pits baking pros against self-taught bakers in a series of culinary challenges. Each episode features 13 new contestants, and Gaspar will star in one of those episodes. 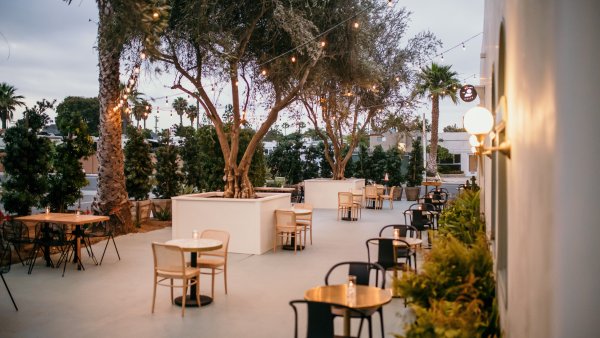 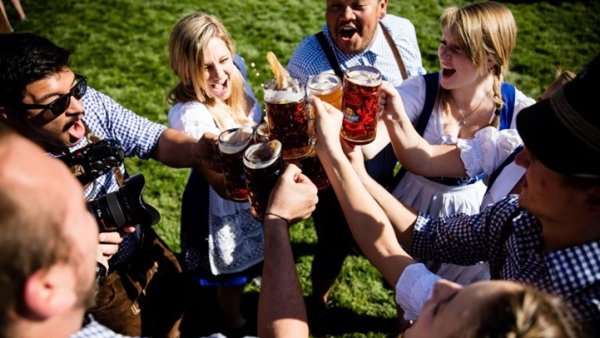 Gaspar – who is professionally trained and went to the International Culinary Center for baking and pastry in 2014 – said this is the first time he’s ever taken part in a competition like this.

And, in a field that’s all about precision and that perfect, nearly scientific combination of ingredients, it proved to be a fun challenge for him.

“I always say that time and temperature are your most important ingredients in baking,” Gaspar said. “And in a competition like this, you don’t have time.”

Gaspar said the stress of being under the clock, in a way, motivated him.

“I tend to work decently under pressure – but only if someone is breathing down my neck about it,” he said with a laugh.

Gaspar told NBC 7 he filmed his episode over the course of a couple of days in Los Angeles. He was excited for the opportunity because he was just starting to get his PB bakery off the ground back in San Diego, so this was a chance to showcase his skills, particularly his expertise in French baking.

“There’s no doubting their skill (of the self-taught bakers), because we all came from there,” he added.

You can watch the trailer for "Baker's Dozen" here.

Justin's Rise in the Baking World

Gaspar is originally from San Jose, California, but has been living in San Diego with his wife, Bianca, for the past four years.

In the Bay Area, he worked for Manresa Bread, where he said he got a lot of his training in croissant and bread baking. He’s also worked in pizzerias, catering and other bakeries over the years.

At Manresa, Gaspar said he homed in on fine breads and pastries.

“Anything laminated with dough and butter; that’s my passion,” he explained.

And he’s glad he did, because that gave rise to a cool opportunity in Pacific Beach.

Recently, Gaspar was able to open a 600-square-foot bakery and pastry distribution hub out of La Clochette Du Coin, a bistro at 4680 Cass St.

Dubbed Hommage Bakery, Gaspar’s spot is open daily from 7:30 a.m. to 3 p.m. On the menu, customers will find all kinds of doughy delicacies, from croissants and baguettes to scones and cakes.

Gaspar said that when the owners of La Clochette tasted his pastries, they were taken back to some of their favorite treats from childhood, inspired by places like France and Madagascar.

“A lot of that is why we’re called Hommage,” he explained. “It’s a tribute to the tastes and memories and flavors and foods that we grew up with, and that inspire us to move forward.”

Gaspar said his top-sellers out of the PB bakery are the almond croissant and the monkey bread, but the item that most intrigues customers is the kouign amman, a sweet and salty laminated pastry similar to a croissant, but with layers of sugar in addition to the butter and dough.

The kouign amman, well, that’s the main reason Gaspar learned how to laminate a pastry.

Gaspar flavors his kouign amman with different seasonal goodies, like his recent version featuring a blueberry ginger compote. In a couple of weeks, he’ll try an apple butter version.

“Everyone comes for the almond croissant, but they leave getting the kouign amman,” he said, smiling.

Gaspar said that in addition to selling his pastries and bread at Hommage Bakehouse and La Clochette Du Coin, he’s working with wholesalers across San Diego County. He’s also worked with brands like Blue Bottle Coffee and Craft Meals.

He also wants to incorporate more cultural-based baking into Hommage’s menu, as he is proudly half-Filipino and is inspired by the treats he grew up eating. He hopes to give his crew at the bakery a chance to explore their cultures, too, all through the art, science and passion of baking.