Oceanside Neighbors Relieved After Man Who Trashed House is Arrested

Oceanside Police removed a man from his home after neighbors said he trashed the house. The man was arrested on drug-related charges as well as destroying his home.

Neighbors claim that Christopher Fore was smashing out walls and windows, sometimes tossing debris into their yards. Neighbors have called Oceanside Police to the house 86 times in the past year.

The destruction was loud and upsetting to neighbors who say it happened at all hours of the day and night.

Code Enforcement officers from the City of Oceanside red-tagged the house in February, after declaring it unfit for human habitation. The utilities were turned off and the house was boarded up, but neighbors and police say it didn’t take long before Fore moved back in and continued to destroy the place. 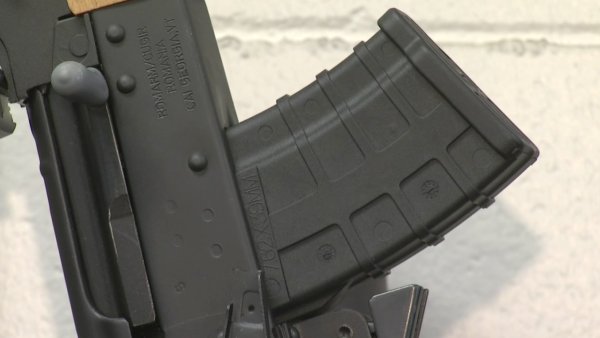 Police said their hands were tied because what Fore was doing was a civil matter, not criminal. Officers tell NBC7 they were as frustrated as the neighbors were.

The situation changed after the Oceanside City Attorney asked a judge to sign a second abatement warrant, authorizing police to remove Fore from the property again.

When they served the warrant Friday, Fore had methamphetamine and ammunition in the pockets of his jeans. He now faces two felony charges.

As he was walked to a waiting police car, Fore told NBC 7 he’s been trying to fix up the house. He claimed police and the contractors who boarded up the house were the ones who trashed it.

Neighbors and police say that’s not the case.

Oceanside Police and Code Enforcement crews boarded up and cleaned up the property Friday afternoon while neighbors stopped by to say thank you.