Austin, Texas resident Sarah Tribett said she and her husband were in San Diego to celebrate their 8th wedding anniversary in the city where they got married

A Texas couple was enjoying the views of San Diego County while on vacation to celebrate their wedding anniversary when suddenly, their rental car was slammed from behind not by another vehicle, but by a small airplane that made an emergency landing.

“I think we broke the fall. (The plane) didn’t hit concrete, it hit our car,” Sarah Tribett told NBC 7.

Shortly after 12 p.m. Tuesday, a single-engine Piper PA-32 aircraft landed on southbound Interstate 5 near Del Mar, shocking drivers as the plane clipped Tribett’s vehicle before coming to a rest at the freeway divider. 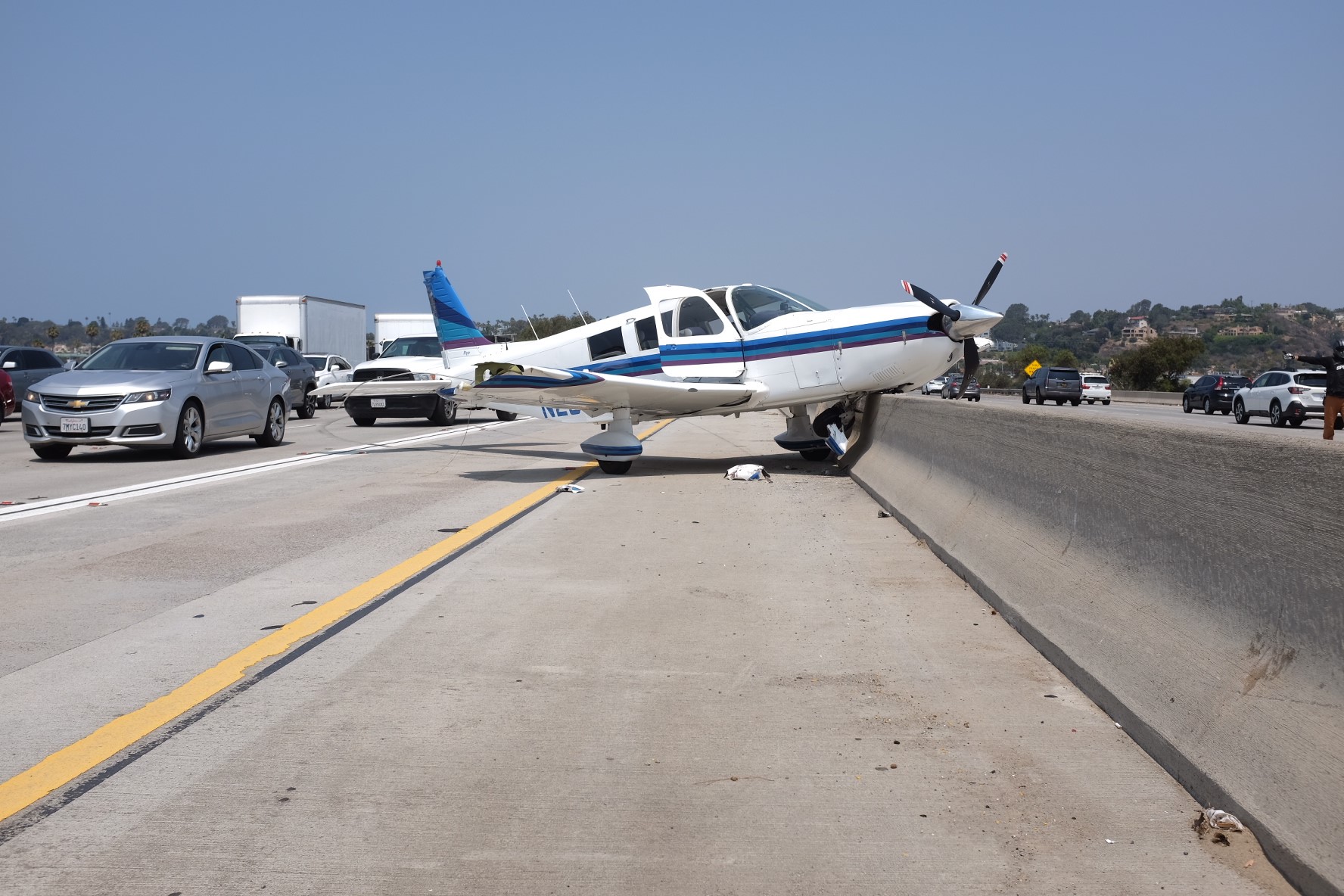 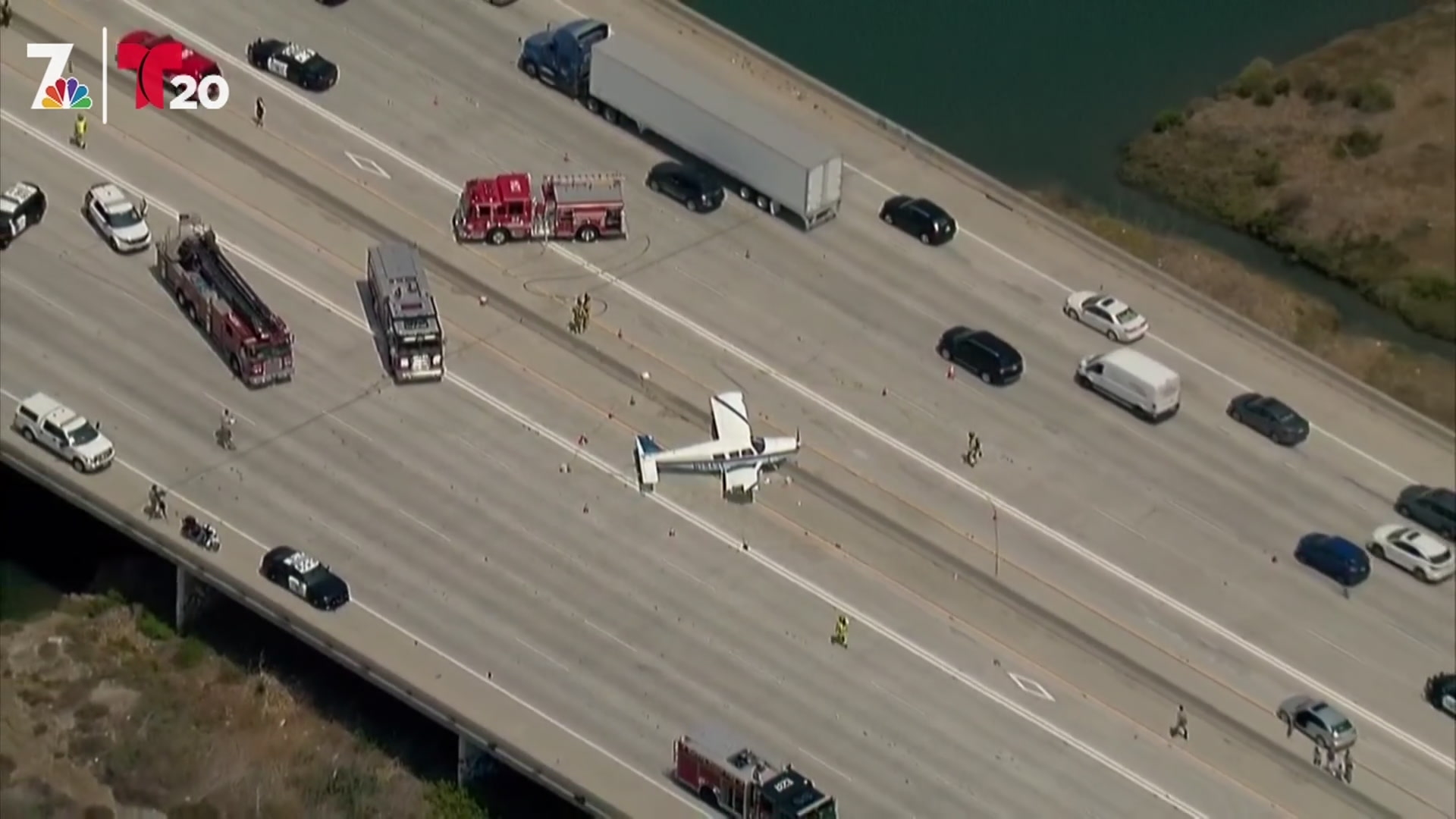 “We were just driving down the freeway and all of a sudden, something hit us really hard and then glass just shattered everywhere,” Tribett recalled. “We’re both OK but it definitely was an interesting experience.”

What began as a romantic getaway in the city where Tribett and her husband got married turned into the story of a lifetime for the couple.

The crash caused major traffic on I-5 as authorities rushed to the scene to respond. The Federal Aviation Administration said two people were on board the plane when it came on the freeway and Consumer Bob, who was at the scene, said he saw a man who appeared to be the pilot with injuries to his leg.

Tribett said there was no warning of the plane’s quiet incoming, so the event was completely unexpected.

Tribett described how the impact of the plane striking her rental car caused the aircraft to clip a second vehicle on the freeway.

Aerial footage from SkyRanger 7 showed the plane was missing half of its right wing, with a chunk of the aircraft lodged in the back of an SUV and another part of the plane on the side of the freeway.

The occupants of that SUV included a woman and her granddaughter, the owner of the vehicle told NBC 7. The granddaughter was taken to Rady Children's Hospital to be evaluated; it is unclear if she or her grandmother suffered injuries during the impact.

Traffic was immediately held at a standstill beginning just after Via de la Valle and was snarled for miles. Gradually, lanes reopened as the time passed and all lanes were fully reopened at about 4:30 p.m. after a crane operator lifted the plane onto a big-rig flatbed.

It's still unclear why the pilot landed on the freeway, though the FAA did say it planned on investigating the incident.