The collision happened just before 6:30 p.m. and impacted traffic near Lindbergh Field

According to authorities, the crash involving a truck and a sedan happened around 6:25 p.m. at 2701 North Harbor Drive.

“The truck jumped the center median and hit the other car head on,” said Lt. James Jordan with San Diego Harbor Police.

San Diego Fire Rescue had to extricate a woman out of the crushed sedan and a total of six patients -- including three children -- were transported to the hospital, authorities said.

Police provided traffic control in the busy area. The accident impacted traffic around the airport for several hours and caused many people in the area to miss their flights.

One of those people was Catherine Campbell, who was on her way to the airport to catch a flight to Sacramento, Calif.

“It's just been horrible. I missed my flight; 7:05 to Sacramento. Here I am walking,” said Campbell.

Dozens of passengers decided to ditch their rides and walk or run to the airport – luggage and all.

Even pilots and flight attendants got stuck in the traffic. 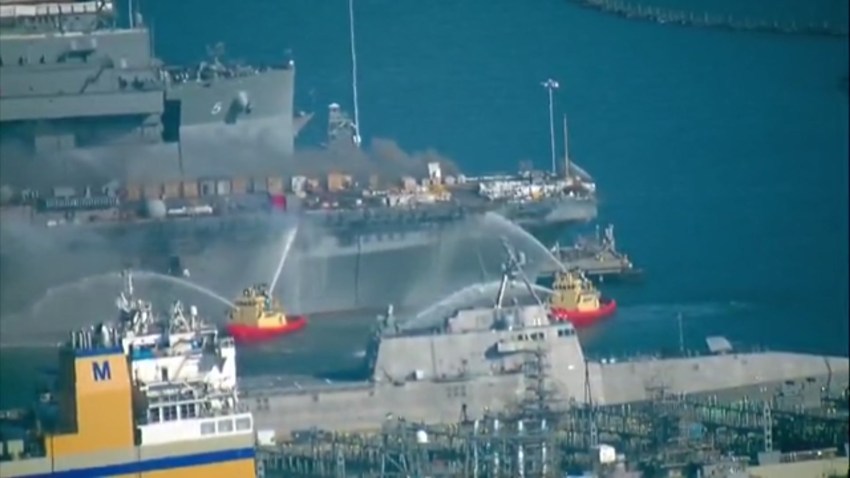 “I've never seen the road stopped like this and so many ambulances pull up at the same time,” said Jenkins.

By 9 p.m., police had reopened all lanes on Harbor Drive.

Police are still investigating what caused the truck to swerve in the first place. They have not confirmed if drugs, alcohol or speed played a factor in the crash.