The flu can be deadly for children under 5 and adults over 65. Others with existing health problems are also at-risk for serious complications from influenza.

Hunter Conner had none of those risk factors, but the flu took his life last month despite his parents’ best efforts to protect and save him.

“He was such a wonderful person, and he was so strong and healthy,” Hunter's father Troy Conner said of son, who was 6 feet, 5 inches tall, and weighed 215 pounds.

Hunter, a Fallbrook High School graduate, was smart and very active. He was a leader at school, worked on the family’s farm and donated countless hours to helping those less fortunate.

“You always knew where you stood with him,” said Doug Sehnert, who taught Hunter at Fallbrook High’s agriculture department and in Future Farmers of America. “He didn’t leave you hanging, or leave you with surprises, like some of the no-show students. He was so very, very dependable.”

Like many San Diego residents, Hunter didn’t get a flu shot this flu season. His parents said Hunter skipped the vaccine because he’d never been sick, and because they’d heard the vaccine would not be very effective this year.

So when Hunter did get the flu on Jan. 11, his parents watched him very closely. They said he had the usual symptoms, and within three days, said he was feeling better. But on Jan. 15, he felt bad again, so his mother Rose considered taking him to a hospital clinic. 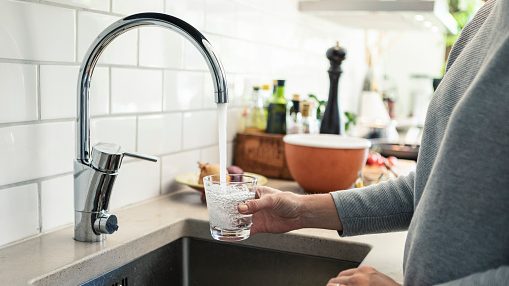 But when she researched the flu, she saw the advice that doctors and health plans are giving their patients: don’t bring a flu patient to the hospital or doctor’s office if they’re not in a high-risk group, or having life-threatening symptoms.

On Jan. 16, Hunter’s parents said their son took a turn for the worse, and they took him to urgent care. Though the doctor told them Hunter could go back home and continue resting while taking a course of antibiotics, his mother, in an abundance of caution, took Hunter to the emergency room.

It was too late. Hunter died 14 hours later, from pneumonia and septic shock, which are sometimes fatal complications of the flu.

“He was so strong, he was so young, and he was so healthy,” said Troy. “It was such a short time from when he was perfectly healthy, to where his body just couldn’t fight it, and (the doctors) couldn’t help him.”

Troy urges families to make sure they ask tough and persistent questions about their loved one’s condition if they’re being seen by a doctor or nurse.

He said loved ones should be especially concerned if the patient is having trouble breathing, and a care provider expresses concern about the patient’s oxygen saturation rate.

“Make sure they’re checking and doing everything they’re supposed to do, and that they’re thoroughly explaining it to you, especially if they say there’s nothing else that needs to be done.”

Hunter’s parents also urge everyone to get a flu shot, no matter how healthy they are, and no matter how effective the vaccine might, or might not be.

Data on this season’s flu outbreak confirms that deaths like Hunter’s, involving healthy, teens or adults with no underlying health conditions, are extremely rare.

But at least seven people in that low-risk category have died from flu-related complications this flu season.