The California Highway Patrol is not searching for another driver after witnesses claimed road rage caused a deadly crash on Interstate 5 in National City over the weekend.

A Ford Mustang convertible drove out of northbound lanes of I-5 and onto Roosevelt Avenue where it collided with a trailer truck around 1:20 p.m. Saturday, CHP said.

The Mustang driver was identified by his family as Richard Yanez, 28, of National City. Yanez, originally from Bakersfield, worked as a civilian welder on the Naval Base.

Witness Enrique Gonzalez initially said there may have been an altercation between Yanez and the driver of a white Chrysler right before the crash. However, CHP confirmed Monday that investigators don’t believe the collision was a result of road rage.

Gonzalez claimed a Chrysler 300 and the Mustang were driving fast while arguing and gesturing at each other on the freeway when the Mustang lost control, rolled several times and slammed into the parked trailer truck.

“They must have been doing 90 mph. The Mustang lost control,” Gonzalez said.

Gonzalez said he swerved out of the Mustang’s way as it flew past him and then watched the Chrysler keep driving north on I-5. He pulled off the highway to check on Yanez and found him severely injured. 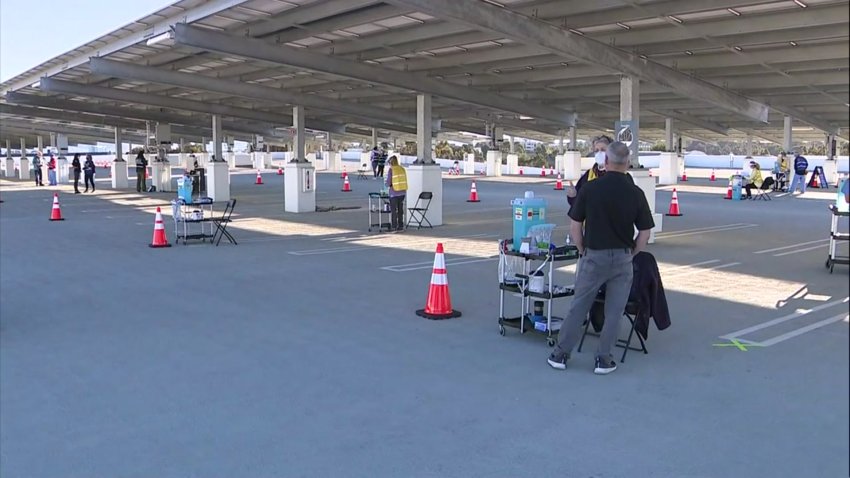 Yanez's girlfriend Maria Sellars returned to the scene of the crash and was upset at the thought that someone could have left Yanez at the scene.

"Why? How could you just leave when you see something like that happen? When you know you had a part in it, how?" she said. "That person is somebody’s husband. Somebody’s dad, somebody’s son. He has family, and we weren’t there with him. And you left him."

CHP investigated the details of the crash and said it doesn’t believe road rage was a factor.

When asked about Yanez's possible involvement in the road rage aspect, Sellars said, "He's stubborn, but he's smarter than that and I don't think that's how it happened."

She described Yanez as charming, funny, and filled with love for his two children.

"He gave them everything he could," Sellars said.