‘It's Been Torturous': Murder Case Dismissed Against Woman Accused of Killing Husband in 2000

The San Diego County District Attorney's Office moved to dismiss a murder case against a woman who served nearly 20 years in prison for her husband's death, citing insufficient evidence for a retrial.

Jane Dorotik was sentenced to 25 years in prison after being convicted in 2001 in the murder of her husband, Robert, in Valley Center. The conviction was set aside in 2020, with newly discovered DNA evidence paving the way for a retrial that was set to get underway with jury selection this week.

Instead, prosecutors abandoned that pursuit Monday with a motion to dismiss the case because there was no longer sufficient evidence to convict Dorotik, District Attorney's Office spokesperson Steve Walker said. The judge approved the motion.

"After litigating the pre-trial motions in a fair and complete hearing and reviewing the court’s subsequent rulings on admissible evidence and in particular the elimination of key tire track evidence, we have concluded we can no longer ethically proceed with the prosecution of this defendant because the evidence is now insufficient to prove guilt beyond a reasonable doubt," the statement read in part. 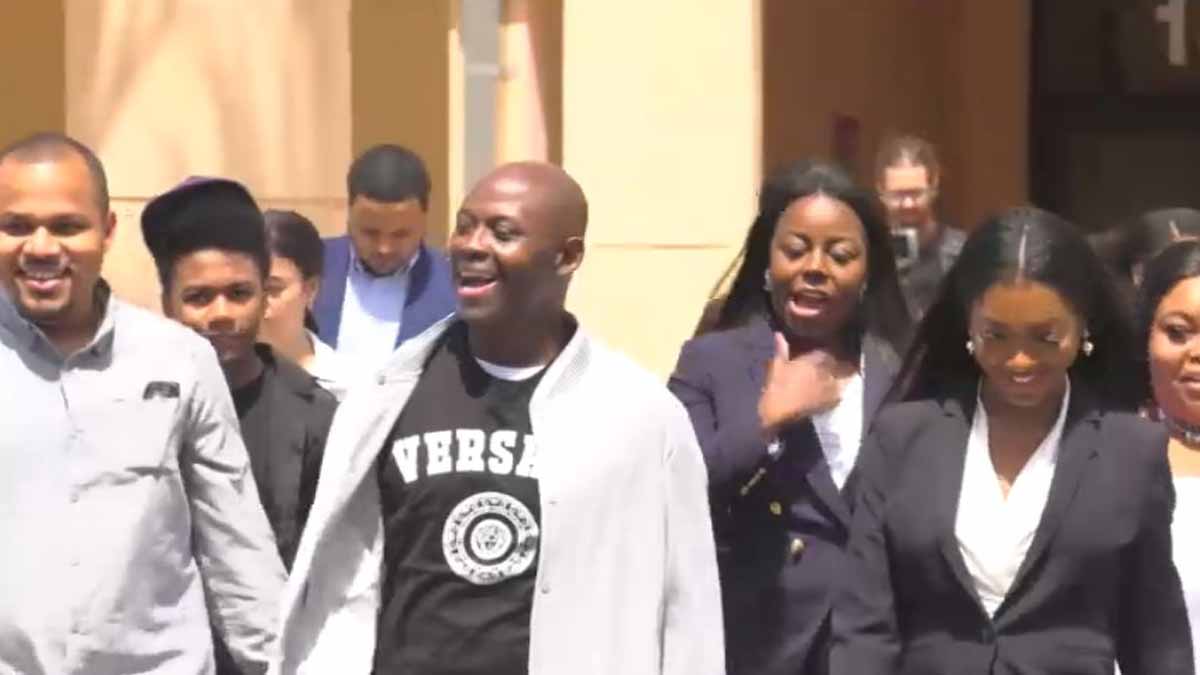 Dorotik has maintained her innocence in the death of her husband Robert, whose body was found roughly two decades ago on the side of the road in Valley Center a day after his wife reported him missing.

"I’m feeling relieved but again I find it not just disingenuous but insulting to say our criminal system works because it doesn’t work and there’s no sense of vindication after spending 22 years struggling with this crime I didn’t commit," Dorotik said following the dismissal. "It’s been torturous."

A preliminary hearing to determine whether Dorotik's case would be retried started in 2021.

Dorotik's attorneys from Loyola Law School's Project for the Innocent have long claimed that the prosecution's case relied on faulty forensic evidence that was mishandled and misinterpreted by criminalists, including blood pattern evidence and tire tracks found near the victim's body.

"I specifically said, don’t use up all the evidence, test the fingernails, test the murder weapon, which had not been done," Dorotik said. "They used it all up so now there’s nothing left. They found foreign male DNA on the murder weapon but it’s all gone now, they didn’t adhere to what I wanted. And that’s when Paula and the (Loyola Law School Project) team jumped in on my case and got everything moving forward.”

The team reviewed the foresnic evidence and claim the "criminalists who handled and analyzed the evidence in this case were not competent to do that work," Project for the Innocent Legal Director Paula Mitchell, said. "Add to that overzealous prosecutors, intent on getting a conviction, and you end up with a case against Jane Dorotik that was nothing more than smoke and mirrors dressed up for the jury as 'scientifically reliable' forensic evidence."

NBC 7's Monica Dean has the details from trial.

They also say DNA from another person was found underneath Robert Dorotik's fingernails and that investigators overlooked witness accounts of Robert Dorotik apparently alive one day after prosecutors alleged he was murdered.

Witnesses in the preliminary hearing included retired San Diego County Sheriff’s Department Deputy James Blackmon, who is a 31-year veteran of the force and one of the first to respond to Dorotik’s initial call that Robert was missing.

Blackmon said when they found Robert Dorotik, he had trauma on the back of his head and a cord around his neck. Detectives in the case almost immediately deemed Robert’s death as suspicious.

A medical examiner determined Robert had been hit in the head and strangled. The prosecution believed the killer used a hammer and a rope.

Prosecutors in the 2001 trial argued that Dorotik killed her husband in their bedroom and then dumped his body. The original trial judge agreed and said at the time, “given the spatter, given everything we know about the crime scene back at the house, this man definitively was killed in that bedroom."

Prosecutors believe Dorotik was motivated to kill in order to avoid paying Robert Dorotik 40% of her income after a divorce. The problem with the prosecution’s theory, according to the defense, was that at least one witness saw him alive after prosecutors said he was dead.

In a hearing to overturn her conviction, Dorotik's attorneys said new DNA testing of Robert's fingernails and clothes, and one of the alleged murder weapons, showed no presence of Jane's DNA -- excluding her from the crime scene.

As for Robert's bloodstains in the bedroom, Jane's attorneys argued that most of that blood was never tested, much less confirmed to be blood at all.

"Your honor, I'd like to say that I'm innocent,” Jane said at her sentencing. “I loved my husband. I love him still. This has not been justice that's been served here. I would like to encourage the prosecution and the detectives to explore their souls and their hearts, and what motivation they had to accuse and try me and leave free a killer in the community."

As for who did kill her husband, Dorotik said "it's really hard to know" but blames the criminal investigators for not preserving evidence that could be used with new DNA technology to learn the truth.

Jane was released from prison on her own recognizance in April 2020 due to the coronavirus pandemic. She said she plans to visit her daughter in Florida in the coming weeks and will continue her work to help others in the criminal justice system through groups like the California Coalition of Women’s Prisoners, CURE California and others.

"Although it was really hard to have all of this happen, I do feel like I’ve learned from it and I feel like from here moving forward, my life is committed to changing these systems," Dorotik said following the dismissal.