Money on the Greens: 2021 U.S. Open Expected to Have Significantly Smaller Economic Impact Than 2008 Tournament

Due to the pandemic, the 2021 U.S. Open at Torrey Pines is expected to have a San Diego regional economic impact far below the $140 million generated in 2008.

"Unfortunately, we won’t come anywhere near the numbers we had in 2008," said Julie Coker, the President and CEO of the San Diego Tourism Authority. 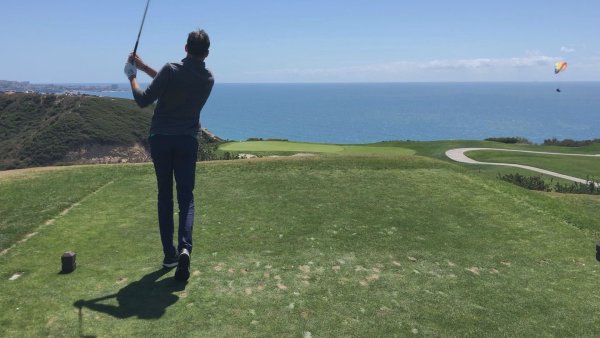 Call it the Covid cause and effect. Fewer fans, fewer out of town visitors, fewer dollars spent in local businesses

"We will definitely see an economic benefit, not to what we would have enjoyed if Covid wasn't here," Coker adds. "We've had to temper down our expectations."

When asked if there was a financial target number for expected economic impact from the June 17th-20th U.S. Open, Bryan Megee the Championship Manager for the United State's Golf Association (USGA) said, "This is year its difficult to gauge with the impact of Covid.”

The USGA wants to admit as many fans as health and safety protocols will allow, but attendance capacity has not been released. However, it’s likely there will be 50 to 70% fewer fans this year when compared to 2008. Despite the reduced attendance there are some economic silver linings.

“We do know that those that are here will be spending like they’ve been cooped up for a year,” said Scott Minto, the Director of the San Diego State University Sports Management MBA program.

Minto says even though the number of fans will be significantly decreased, this U.S. Open is a unique event because fans are clamoring to get back to real life and golf fans are a demographic that has money to spend.

"The fans that will be coming out, will have their wallets wide open and ready to contribute to the local economy. That golf demographic is not going to shy away from expensive beer, polo shirts, souvenirs,” Minto said.

Speaking of souvenirs, in 2008 the Torrey Pines pro shop sold $25 million of U.S. Open merchandise. For this tournament, the pro shop has been selling U.S. Open logo gear for years and is hoping an increase in online sales will offset the decrease in fans.

"I walk in there everyday and I am blown away by amount of U.S. Open apparel they have and just got the official poster,” says Megee.

Another economic hot spot is ride sharing. Uber and Lyft didn’t exist in 2008, so that’s a money source that will increase this time around. Of course, a big benefit could be the continual easing of Covid restrictions.

Minto says "For every thousand fans that are increased, it increases the likelihood of out of town fans, it means more out of town fans in hotel beds, more dinners in local restaurants, and higher rates on Ubers and Lfyts.”

The biggest, long term economic boom is hard to quantify. The beauty shots of Torrey Pines on the televised coverage is basically a 5-hour commercial for San Diego.

Coker says, "I am hoping those will inspire people to get off their couch, book some tickets and come visit us here in San Diego."

While there are some economic hot spots, this U.S. Open simply will not be the financial boom that was expected before Covid. However looking big picture, the hope is that the 2021 U.S. Open can signify that San Diego is reopen for the event business.

"Outside of the Padres having baseball games, we are kind of the first of the first special event that San Diego has had since Covid. We are really excited to jump start that part of the economy and kick it off with the U.S. Open," says MeGee.

The U.S. Open tee's off June 17th with the first round at Torrey Pines, followed by 4-days of golf, culminating in the 4th and final round Sunday June 20th.