‘It's a Brand New World: USS Roosevelt's New Commanding Officer Preparing to Get Sailors Back to Sea

The former Commanding Officer of the USS Theodore Roosevelt returns to the ship to prepare sailors to get back to their mission after 1,100 sailors were sickened in the coronavirus outbreak

Sailors on USS Theodore Roosevelt are preparing to get the San Diego-based nuclear aircraft carrier back out to sea after more than a month in Guam and more than a thousand sailors tested positive for COVID-19.

The Commanding Officer, Capt. Carlos Sardiello, told NBC7, “I couldn’t be more proud of the men and women who make up the Theodore Roosevelt, they’ve performed magnificently with professionalism.”

Capt. Sardiello was the Roosevelt’s former CO and knows this crew and aircraft carrier well.  He was pulled to take command after Capt. Brett Crozier was relieved of his duties when a letter sent to navy leadership criticizing the Navy’s pace in its response to an outbreak of COVID-19 was leaked to the press.

One sailor who tested positive died from the disease.

Now, Capt. Sardiello is making sure the ship with more than 1,100 sailors who have tested positive for the coronavirus can return to its mission, adding it’s been the support of the sailors' families back in the states that has been the buoy for the crew of the Roosevelt.

The ship had deployed from San Diego in January.

“As our understanding of COVID-19 continues to evolve to adapt our timeline to ensure Theodore Roosevelt Sailor’s spend the required off-ship time to be sure we get underway with a healthy crew," Capt. Sardiello told NBC 7. 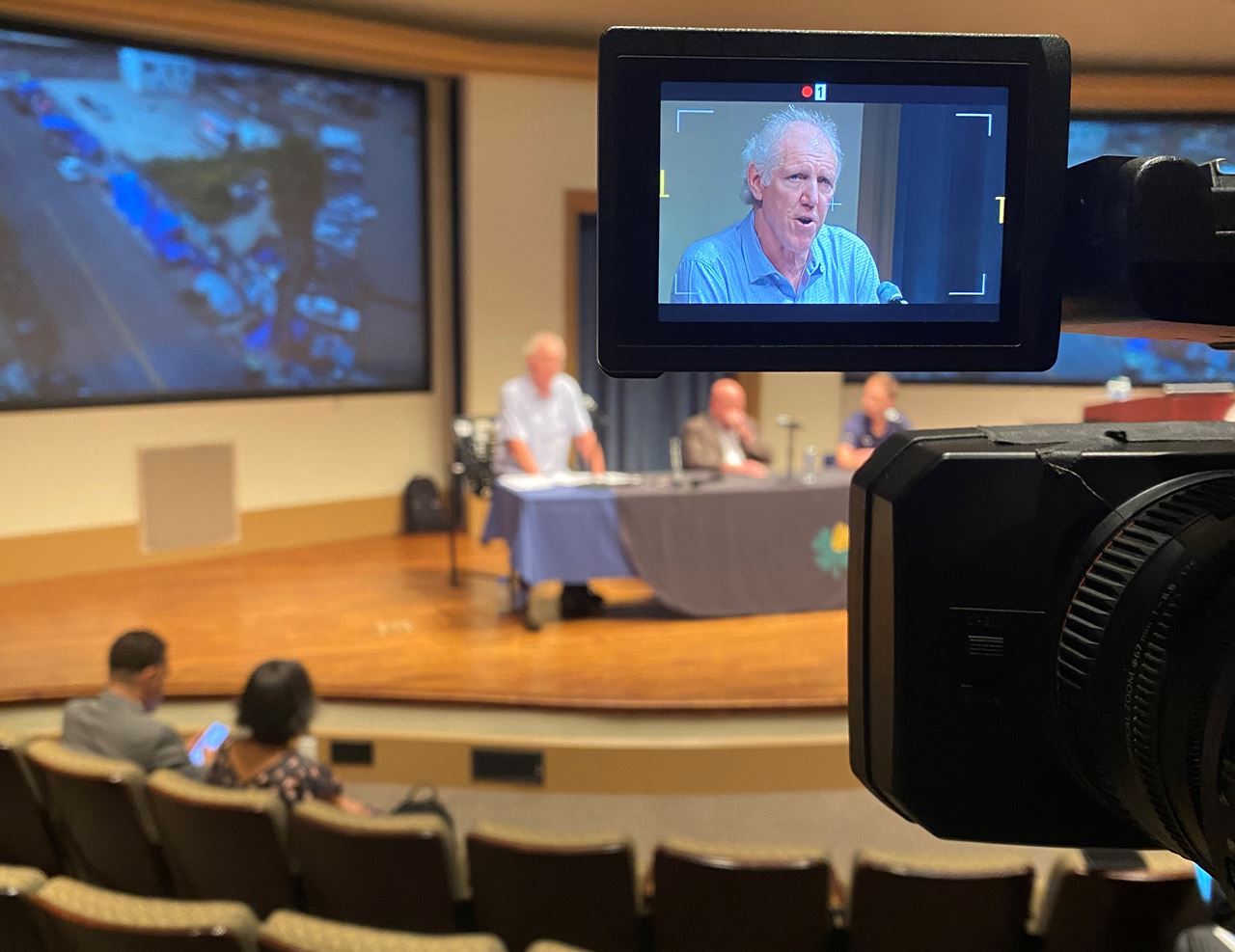 More than 4,000 crew members were taken off the ship in Guam.  They were housed in a hotel, school, and treated at a U.S. military base there.  Their meals were provided by local restaurants.

Several hundred members of a skeleton crew who remained on board -- keeping the nuclear-powered aircraft carrier secure, and some carefully cleaning and sterilizing the ship wearing protective masks and gloves -- have been replaced as they rotate off the ship.

“It is a brand-new world. We’re adapting to it like anything else,” said Capt. Sardiello.

The sailors have also volunteered to participate in an antibody study to help researchers learn more about the coronavirus.

And while Capt. Sardiello can't comment on the investigation into the TR outbreak he did acknowledge that COVID-19 is a different kind of fight and as soon as the crew is healthy, they will be back at sea.

“This is another fight, the COVID, we’re going beat it, we’re going get back to sea, and get out there and provide that peace and stability.”