MCAS Miramar has officially unveiled the new F-35C, the $103 million fighter jet that will now be based at Miramar.

After years of anticipation, not to mention production delays, cost overruns and safety concerns, the jet was put on display during an on-base orientation for elected officials and community members.

The Commanding General of the 3rd Marine Aircraft Wing called the F-35 an "extreme upgrade" in lethality, readiness, and capability.

The new fighter jet comes with safety concerns. There were mechanical failures during development, including a 2018 crash of an F-35 in South Carolina.

“There’s never been an aircraft that we’ve ever fielded that did not go through tests and have some hurdles to get over as it was coming into production, that did not have cost challenges as it came to production,” said Major General Imes.

MCAS Miramar Commanding Officer Col. Charles Dockery addressed noise concerns raised by residents near the base. He said the F-35 is 1 to 3 decibels louder on takeoff compared to the F/A 18, but the new jet is quieter during flight and on landing.

"I think what they’re going to hear is a different noise, and that’s going to cause them to look up and go, 'That looks different. That sounds different. What’s that?'” Col. Dockery said.

There are three models of the F-35. Miramar will be home base for the F-35C, a carrier version of the aircraft with a larger wingspan.

The Black Knight squadron will inherit the incoming F-35C's. The squadron leader said flying the jet is comparable to the F/A 18, but how a pilot interfaces with the plane is significantly different.

“There’s a big glass display, touch screen, lots of information gathered from lots of different sensors, different airplanes, different platforms, fused together and provided to the pilot in one simple, easy to understand picture for situational awareness. So as a pilot, in that F-35, you know what’s going on out there, and it’s fantastic,” Col. Cedar Hinton said. 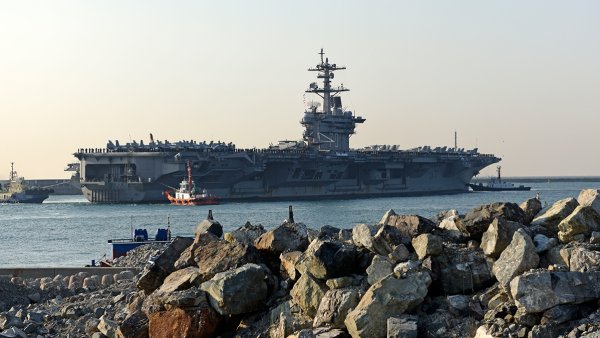