NBC 7's Gene Cubbison offers this analysis on the latest dealings behind the Chargers' stadium scramble.

A veil of secrecy has just fallen over the mayor's stadium advisory group, less than three weeks until a financing plan for rebuilding on the current Qualcomm Stadium site in Mission Valley due.

Since late January, the group has been nothing if not high-profile on air, online and in print. 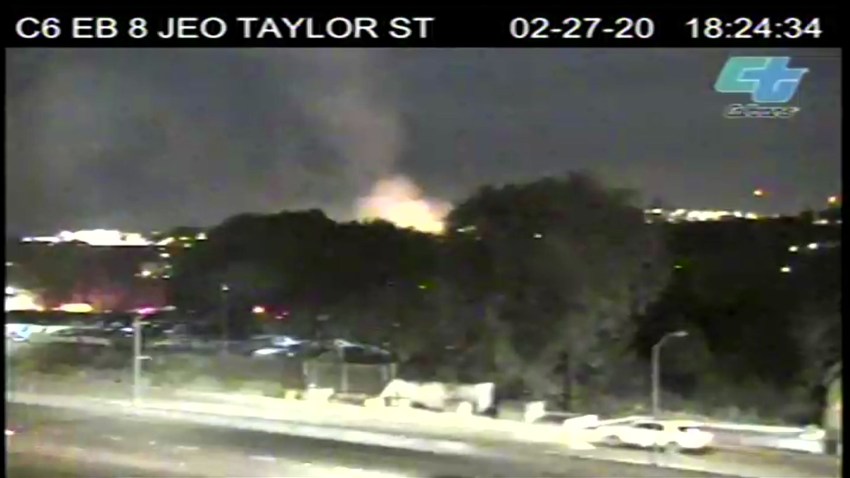 Now, as of May Day, it's gone off-radar — not unintentionally. The idea is to better focus on the task at hand.

According to the group’s spokesman, Tony Manolatos, the idea of “no news” from them makes sense because feeding the Media Beast while counter-pointing the Chargers' spin has been a real chore.

The members are tired of trying their case in the Court of Public Opinion.

And they’re retreating into a vow of silence just in time to ignore one more opinion — from a source of some stature — that’s being argued.

“Call the Chargers’ bluff” declares the headline over the page-four editorial in the latest edition of San Diego CityBeat, written by Ron Donoho, who recently took the reins of the long-feisty alternative weekly with a generally progressive readership.

Donoho said reaction so far has been overwhelming supportive.

But he totally gets where dissenters are coming from.

“There's so much heart involved with rooting for your football team,” Donoho said in an interview Friday. "I don't think anyone wants this team to leave. But the point is, the citizens of San Diego should not pay for the team."

San Diegans and the sporting world at large are hearing grand progress reports on the Chargers' stadium plans in the city of Carson, seeing dazzling renderings.

But no dollar signs, deeds or detailed development documents.

So is the project a bluff, as many suspect?

Under what circumstances is it worth calling — and accepting — the downside risk?

"If this were a game of poker, the Chargers have put all their chips into the middle,“ Donoho figured, “and the city of San Diego can retreat, or they can call the bluff … from a business point of view, we have to look out for the people of San Diego."

The billionaires who own the local franchise of the monolithic NFL seem to hold the higher cards in a tense game of leverage not only involving Carson, but Inglewood as well.

To make a new stadium in Mission Valley pay for itself without breaking banks, shallow-pockets city leaders and taxpayers appear to be far overmatched.

There's blue-sky speculation that obituaries for the team's East Village proposal were premature, that the project might somehow be resurrected at least for threshold reconsideration.

Whatever's the case, mixed feelings abound about tough talk at this stage.

"I would give it hard thought, because I think the Chargers are calling our bluff,” says East Village resident “Woody” Watkins. “We’ve futzed around with this for years now."

But who's going to “show the money” at the level that’s needed to float the joint Chargers-Raiders development in Carson?

And how much of the Bolts’ San Diego fan base will follow them north on game days — assuming no grudges are held for betraying a half-century-plus relationship?

"You're going into L.A. traffic,” Carlsbad resident Steve Carpenter points out. “I don't want to compete with that just to go to a ballpark, to sit for three hours and then sit on the care for three hours to get back home, either way."

But for many San Diegans, losing the team could leave deep civic and psychic wounds, a sense of second-rate status among major league municipalities.

Still, that notion doesn’t fly with Clairemont resident Henry Bradley: "A second-rate city? I don't think so. Look at this place. It's a bit disingenuous to call this a second-rate city. If the Chargers were to leave, I think it would be a bad thing. But I think it's nothing we couldn't overcome."

And after all, isn't this one of National Geographic's "World Smart Cities"?

As for Inglewood, another rumored destination for the Chargers, the team no doubt would be charged big-time stadium rent of the kind it hasn’t been paying at Qualcomm Stadium for virtually a decade — after banking $36 million in rent credits between the 1997 and 2003 seasons under the notorious unsold seats guarantee.

And in the hearts of most fans in the “L.A. market” the relocated Bolts probably would be playing second fiddle to the Rams.