"The updated Barrio Logan Community Plan represents decades of hard work and community advocacy for an appropriate and consistent vision for this historic San Diego neighborhood," Gloria said. "This important update was made possible through unprecedented collaboration of the Barrio Logan community and the maritime industry to address longstanding environmental justice issues and create a brighter future for Barrio Logan while maintaining its unique culture and character." 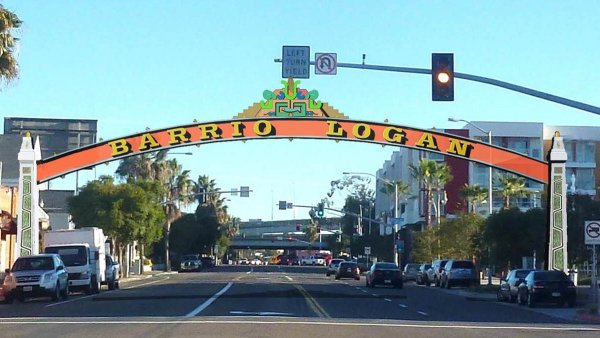 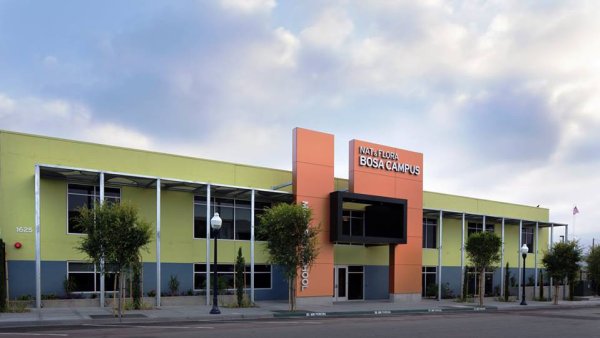 The San Diego City Council adopted an updated plan in 2013, but voters repealed it nine months later in a ballot referendum.

The update consists of an agreement between the neighborhood, environmental groups and the ship building and repair industry intended to preserve the working port while protecting neighborhood residents from negative air quality and noise associated with the industry.

"The adoption of the Barrio Logan Community Plan Update is a historic milestone," said Councilwoman Vivian Moreno, who represents Barrio Logan in District 8. "This plan protects our residents from exposure to pollution, plans for future increases in density and ensures that amenities like parks and transportation infrastructure are built.

"For many years, the residents of Barrio Logan were left behind by the city of San Diego, and today marks a new day for this community," Moreno said.

The new plan includes inclusionary housing and anti-displacement protections to safeguard the community's long-standing residents in a rapidly gentrifying neighborhood. It also has provisions for affordable homes to be replaced after redevelopment, lengthen notice requirements before tenancy can be terminated, strengthened relocation assistance requirements and prioritization of existing Barrio Logan residents for placement in new affordable homes.

Also in the agreement is a buffer zone between heavy industrial uses and residential neighborhoods. In this area, new industrial uses that generate air quality and other impacts are prohibited to protect public health.

The event was put on by the Coalition of Justice, a local group dedicated to raising awareness on the issue. NBC 7's Amber Frias reports.

"Barrio Logan residents deserve to live in a safe and healthy environment, and the maritime industry is important to keep our economy thriving," said Mike Hansen, the city's planning director. "Barrio Logan has a mix of land uses near each other, which has created a unique set of challenges. We are excited to have a plan that serves our residents and economy."

The previous plan from 1978 allowed industrial and residential uses to be located side by side.

"For more than 40 years, Barrio Logan residents have fought for a community plan update to protect them from the polluting industries operating next to their homes and schools," said Diane Takvorian, executive director of the Environmental Health Coalition. "Almost a decade after an industry-led referendum defeated their chance at an update, Barrio Logan finally has a community plan that will prioritize their health, air quality and culture, while slowing gentrification."

Along with the rezoning, the plan includes revised truck route restrictions that will direct port-related truck traffic to designated routes.

A Barrio Logan family is overjoyed with the birth of their newest member months after they tragically lost a relative in the same place where they now celebrate a new life. NBC 7's Tania Luviano reports.

It also envisions more ways for residents to "bike, walk and get around, better connections to jobs and services and access to public space, community amenities, parks and healthy foods," a statement from the city read. One example is a potential freeway lid park over Interstate 5 to reconnect Barrio Logan and Logan Heights. The construction of I-5 during the 1960s divided the Barrio Logan community.

"The signing of the Barrio Logan Community Plan is the culmination of years of hard work and compromise by residents and industry," said Derry Pence, president of the Port of San Diego Ship Repair Association. "The creation of a transition zone not only protects the residents from the impacts of heavy industrial work, but it also ensures that the industries outside the buffer zone continue to do their work and provide good, high-paying jobs."