Miguel Lucas was attacked in San Diego Central Jail by an inmate suffering from mental illness in June 2019.

A former inmate who had a large portion of his face bitten off by a mentally ill inmate claims the county of San Diego is liable for the attack.

Miguel Lucas submitted a legal claim to the county on Dec. 4. The claim is a precursor to a lawsuit.

The 26-year-old Lucas was awaiting trial on gun possession charges at San Diego Central Jail on June 4 when inmate Reginald Harmon attacked him without provocation. While on top of Lucas, Harmon bit Lucas’s right cheek, tearing off a large chunk of flesh before other inmates broke up the fight.

In an interview with NBC 7, Lucas said he and other inmates had warned guards about Harmon’s erratic behavior and mental instability. 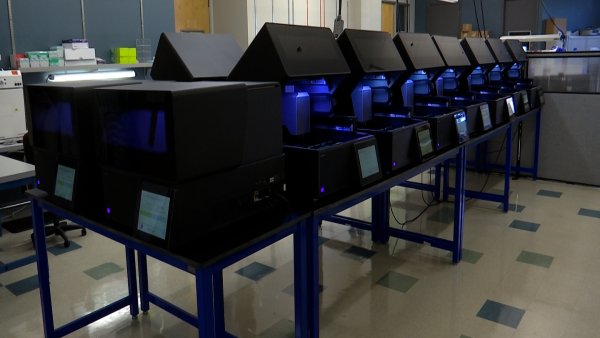 Biotech and Pharmaceuticals 2 hours ago

“We told the guards that it wasn’t the right place for him and we just got ignored,” said Lucas. “He needed help and they should have seen that when they assessed him instead of throwing him into general population.”

According to the Dec. 4 legal claim, jail staff had not only been warned by other inmates but staff knew that Harmon had attacked other inmates on prior occasions. And, Harmon’s mom allegedly warned them that her son was violent and should be kept in a segregated cell.

But housing Harmon in a low-security jail block was only the first of several mistakes that jail staff made that June 4.

Lucas said guards didn't respond for more than 20 minutes after the attack began.

“They kept waving at the cameras for guards to act but nothing happened,” Lucas recalled. “By the time it had ended, blood was everywhere and a piece of my face was laying on the ground.”

Other inmates gave Lucas their shirts in an effort to stop the bleeding.

When Lucas was finally transported to the hospital, he said jail administrators refused to follow doctor’s recommendations to have Lucas stay overnight and declined to allow a plastic surgeon to examine him.

To make matters worse, Lucas alleges the bandages he was given after returning to jail were insufficient, resulting in an infection and a “large keloid” scar covering his face.

Lucas said the incident has continued to haunt him.

“I got diagnosed with PTSD,” said Lucas. "I have trouble sleeping. I wake up in cold sweats and I have flashbacks.”

Lucas’ attorney, Chris Morris, said the jail attack is only the latest example of a broken jail system in San Diego County. Morris has filed numerous lawsuits on behalf of inmates and family members of inmates who killed themselves or died due to alleged neglect in county jail.

“This shows what has been a complete lack of direction in making mental health a priority in our jails,” said Morris. “It is emblematic of the problem that has been going on and continues to occur."